MAY 16, 2016 AN OPINION ABOUT ANDREA ROSSI, LAUNCHED THE NEXT EXPLOSIVE DISPUTES GENERATOR, INFO 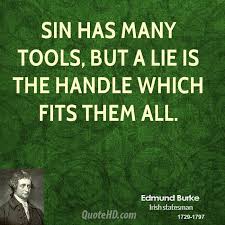 When money speaks, the truth is silent. (Russian Proverb)

Determining truth does not just depend on what questions we ask, but on what answers we choose to listen to. (Unknown) received from Doug Marker

" I may inform you somewhat more in detail about this financing. The sum is not great
(100.000 gryvnias, 40000 US$) given by the Ukrainian Academy to academician Zelinski  (manager of the Physical-Technical Institute from Harkov) to create a stand (lab) for his own researches that do not belong to the now fashionable line of reactions Ni+p. Li+p. The money will suffice for building some relatively simple setups, the money is not for the salary of the two workers in this research- only for materials and mechanical working,
The amount of money is very small but this IS A GOOD SIGN!

Second statement the opinion of VLADIMIR VYSOTSKII  about  ANDREA ROSSI

I take this opportunity to express my opinion regarding the "bullying" of A. Rossi  that happens now in a targeted mode in the press and on the social Web forums.
I do not agree with such critics, on the contrary I consider that Rossi has done much for the LENR community (possibly not less than F&P) His main merit is that he has demonstrated that LENR can be a very effective source of great power  and that this is attained with simple methods.
He took the brunt from the oil-gas monopolies and gave a very great impulse, boost to LENR. Going far back in time, he can be compared with the ancient hero Prometheus.
In my lectures to students I say jokingly that even if now Rossi has no high COP and he has deceived us all this will not have any effect on the research of this process worldwide.  "The genie is out of his bottle" and will live his life, independently of Rossi. The process got a very great momentum and has involved many highly qualified scientists and this wouldn't happen without Rossi. Yes, it is possible he is not a very pleasant character according to his colleagues) but this has nothing to do with this issue. We must be grateful to him not criticizing him at every corner. Beyond any doubt he will enter history.
Further everybody can demonstrate his/her skills and understanding of the problem.
In this race will win who better understands the effect's that take place. The stubborn repetition of experiments with burned  tubes is not the best method of research.
But people do not want to think. A solution is quite simple, and I hope to show it, if we can go to perform  the experiments.


A life lesson my first meeting with corruption

I am thinking much about corruption these days and therefore I dare to remind you this personal story- it is for my newer and younger readers
In 1946 when I was in the third grade at the school, we had a teacher Mme Cristea who was, mildly speaking a sadist monster- she has incessantly punished us, calling us idiots and mentally retarded imbeciles and beating us or giving slaps. The times were confusing the communists were still building their dictatorship, killings peaked in 50-ies, and the bad things from the former fascist regime still living so Mme Cristea could do what she wanted. An old Romanian saying is “Beating is torn from the Heaven”; Google says the equivalent in English is:  “Spare the rod and spoil the child.” Children’s rights were not invented and 9 years old boys raised during the terror of war were very vulnerable and defenseless. I was scared and hated school. I wept and complained a lot; one morning when in way to school I have vomited on the street due to fear, my father told that he will speak with the teacher. And he really did. After this discussion the things have improved and even if I still was called with ugly names, however the teacher had not beaten me more, I was contentedOne evening I told my Mom: “Dad is speaking so fine, so persuasive, he has convinced Mme Cristea to not beat me more and she ceased to torment me.”Mom has smiled put down the Thomas Mann book she was just reading and then told me:“Peter, listen to me very carefully! I know well you will be selfish,arrogant, rude, you will waste your time, you are an inborn dictator, lazy and unable to deep feelings, you will lie shamelessly and will make many compromises, you will be a womanizer and you will eat and drink too much, you are a collection of coming sins. However please abstain from the greatest the most dangerous flaw, the worst DO NOT BE STUPID! Try as hard as you can, desperately, learn all the time how to avoid that personal disaster, you are my dear son and the First Commandment for you should be: DO NOT BE STUPID! I can forgive you everything else, but stupidity not! Stupidity is useless and harmful and converts you in a joke.And now a first lesson, Dad has not convinced Mme Cristea to spare you, he gave money to her. That is called corruption and learn this word because you will meet corruption all time and everywhere and you are very stupid if you don’t realize this!”

Not only for dictators, there are many kinds of oppressors the sine qua non condition is to remain absolutely unpredictable, corrupt or terrorize without any system, randomly; nobody should be able to detect any cause effect relationship in the bad deeds.

SERIOUS WARNING
One commenter has dared to call Jed Rothwell a "dung beetle" very unpolite! I will not allow the use of such words and I will censor such ugly words. Even if I strongly disagree with Jed in many LENR things, I respect his activity and I well know he is expressing his own ideas- he is not corruptible- financially certainly not. He uses some offensive words too but this is because he belongs to a culture where freedom of expression is the highest value and his language is not constrained as say the German/Russian respect too/fear of authority,and rules or as the French esprit manifest in the "Nose" monologue from Cyrano de Bergerac. Words as idiot, moron, retarded have to be taken more metaphorically.
My guess is that there are some differences even in the great US, a citizen of Boston is more restrained verbally than one of Atlanta. But it's only a guess, so I apologize if not true...
But the essence is CENSORSHIP for such words as dung beetle! Understood?
Peter

7) DISCUSSION: Why does IH refuse to publish the ERV report?
https://www.lenr-forum.com/forum/index.php/Thread/3257-Why-does-IH-refuse-to-publish-the-ERV-report/?postID=20013#post20013

8) More about the International Conference SpacePropulison 2016 where Russian specialists in aviation have presented a LENR paper  http://www.propulsion2e016.com/programme/

what size of HVAC system did you use to keep the working conditions cool inside the 1MW container?

I assume a few percent of the 1MW was lost as heat inside the container, which you would need to remove.

How to Disagree with Someone More Powerful than You
https://hbr.org/2016/03/how-to-disagree-with-someone-more-powerful-than-you?cm_mmc=email-_-newsletter-_-management_tip-_-tip_date&referral=00203&utm_source=newsletter_management_tip&utm_medium=email&utm_campaign=tip_date