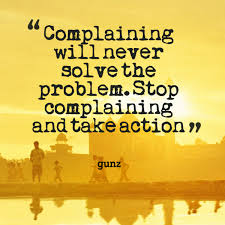 The same calorimetry has been used from February 2015 : IH received every 3 months the reports of the calorimetry by means of which Darden disseminated interviews and collected 150 millions. Never complained the calorimetry after the first 3 trimestral reports. They discovered that the calorimety was not good only with the 4th report, when it was time to pay....

For me this sound normal, logical, plausible. However Jed Rothwell insist to defend a position that is apparently missing these qualities- and I really do not envy him. He is considered an authority in LENR based on his work and merits that even his personal enemies must recognize. In the same time he is very, too direct- see what he says -with taking responsibility- about the ERV - and this is equally an insult to IH. (see what AXIL says below in "his" column. I see here based on my 51

You left out the context of my statement. You asked me: "Jed, when have you heard the first time from IH that the plant does not work- in which form was this expressed?"My response: "I don't recall when. Many months ago. It was expressed in plain English. With unrefined Anglo-Saxon words . ."You asked "how was it expressed?" My answer, "plain English" or "Anglo-Saxon" is an old fashioned way of saying "they were upset" or "they used rough language" or "they said it very clearly.""But I have an answer too. You say that zero excess heat, ERV has also zero professional value, you heard the plant does not work many month ago but you cannot say exactly when and how just it was in plain Anglo-Saxon English- these aredistorted facts."No, those facts are not distorted. I heard a long time ago; I do not recall when; and I am not free to tell you exactly why or what was said. The ERV, Penon, is an idiot, and he not qualified to evaluate calorimetry, as you see from his previously published evaluations.
"The text is there and anybody can decide if it is so."Of course it is so. Do you think I am lying? Why would I? I have no motivation to lie about this. To use another old fashioned American idiom, I have no dog in this fight. (Meaning I have no personal stake in the matter.)"I will not insist the idea of zero excess heat seems to be surrealistic to me."Surrealistic or not, there is no excess heat. Facts are facts.". . . however you are right, this is technical problem that will be solved but the difference between COP50 and COP 1 is indeed hyperbolic- one part is right the other not."Correct.

This interview, published surely after the ERV's 2nd Report was an other lots opportunity to complain about the non-functional 1MW Rossi technology plant:

This investor is chasing a new kind of fusion

c) My reaction and comments to that

First of all I am pleased that this Anglo-Saxon words are better for direct speech ahs to be taken a bit metaphorically to as"they were upset" Very ffine linguistically for me it is much easier to detect Latinized words and select the Anglo-Saxons by difference,
However this fact-they were upset- and have complained about it is a nasty problem indeed. See please the Motto. Complaining...something you are forced to do many times in life a, but and profession but you know it is f low efficacy and efficiency and the results critically depend on TO WHOM YOU COMPLAIN? An imaginary proverb says never lament to your mother-in-law about your toxic boss; she cannot help. What on the Earth could be the reason of IH to complain yto a leading member of the LENR community? Can he stimulate his colleagues already getting funds from IH to outrossi Rossi? Or to help with COP=1 plant to make it to have COP>6?

Just for my dear readers I want to remind here that I had to complain many times in my career against people sabotaging my research plans- see an extreme case here (please search for "Lomechusa) in this.
http://egooutpeters.blogspot.ro/2014/09/about-ants-and-lenr.html
Lomechusas are kind of trolls in the nest of ants.
Complain did not help and I have divorced from a bad workplace- IH could do the same, really!

To whom else has IH sent these early complains and why to them? No idea!
It is fine to know from Jed that indeed there si no excess heat according to LENR
but it is very strange and offending to hear they have hired a totally incompetent person (according to Jed) as ERV.

3) Hank Mills
Introducing the F.R.I.E.N.D.S Protocol -- Are you a FRIEND of the replicator community?
https://www.lenr-forum.com/forum/index.php/Thread/3243-Introducing-the-F-R-I-E-N-D-S-Protocol-Are-you-a-FRIEND-of-the-replicator-commun/?postID=19530#post19530

The researchers have presented the paper "Theory of low energy nuclear reactions (LENR) and the use of LENR in aero-cosmic al devices authors M.Ya. Ivanov, V.K. Mamev)
The LENR system iks a special form of nuclear energy with an enrgy density up to 4000 times higher than the chemical sources of energy>

I have put the text in a workable form and will try to translate it tomorrow.


AXIL ABOUT THE ROSSI-IH DISPUTE

Jed
If you cannot understand why I say Penon is an idiot, I suppose that is because you have not seen as much of his work as I have.Or, perhaps because you have looked at the same reports I have, but you think he is smart, whereas I think he is very, very stupid. It is possible I am wrong and he is actually smart. In that case, I am the stupid one.
AXILSee? That's not complicated.I am sure you have encountered similar evaluations of people's intelligence and capabilities in the past. I think your dismay and your "more in sadness than in anger" act is fake. You sit up on your high horse pretending to be oh-so-fair minded and objective. It is bullshit.

AXIL
Who's the more foolish; the fool or the fool who empowers him? ... IH accepted Penon as a expert in the vision and construction of the test. They commented to Penon judgment in absolute terms without any direction or structure, pre-approval, or direction or feedback during his tenure of employment.IH has demonstrated criminal incompetence to the interests of their shareholders.

Also
How can IH now claim any expertise or competence of the operability of the reactor if during the test of the reactor they gave Penon absolute discretion in the evaluation of the reactor? How could this knowledge spring to life so quickly?

The legal case will not cover the merits or substance of the test, it will discover who gave absolute authority to the tester, how the tester was initially instructed, what feedback the tester received during the test, and the technical and managerial incompetence of the employer of the tester.

When it comes to evaluating incompetence, the buck stops at the top. It was the responsiblity to setup a test to satisfy them if the reactor performes based on a specification.IH passed that responsibility to the ERV and he became the duly authorised representative to administer the test of the Rossi reactor for IH.The court will determine if the ERV findings are fully authorized by IH and binding on IH irrespective of what those finding resolved to be.If IH contracted an idiot, where does the buck stop for the activities of that idiot? Clearly, IH is totally responsible and bound by what the ERV has done.


A quasiparticle collider
Scientists prove that basic collider concepts from particle physics can be transferred to solid-state research
https://www.sciencedaily.com/releases/2016/05/160511142401.htm?utm_source=feedburner&utm_medium=email&utm_campaign=Feed%3A+sciencedaily%2Ftop_news%2Ftop_science+%28ScienceDaily%3A+Top+Science+News%29 LENR IN CONTEXT-2

The development of energy law in the 21st century: a paradigm shift?
http://jwelb.oxfordjournals.org/content/early/2016/05/04/jwelb.jww009.abstract
Posted by Peter Gluck at 10:02 AM