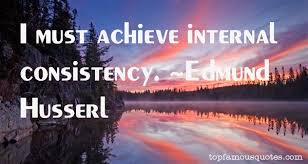 We would be in a nasty position indeed if empirical science were the only kind of science possible. (Edmund Husserl)

Today we will focus on the differences between passive and active approach to the basic LENR problems. Please take in account that the boarders between these are somewhat fluid, consider that this dichotomy is partially superposed with others but not coincidental with them- as scientific vs technological, theoretical vs practical, stagnant vs progressive, tradition vs change, discovery vs invention...

a) Andrea Rossi answers to this question:

Q: What has determined you to choose an active approach-radical change- invention to build your generators?

A: My philosophical studies,. I made my doctorate upon Husserls phenomenology based on the epoché. I came from those studies in the work world with that attitude. I have chosen the energy field, because those were times of energy crisis and I have chosen  the LENR field exactly because everybody was saying it is impossible. If they say that based on science as it is aprioristically accepted, LENR's are impossible, means they are possible if I make an epoché on what is known already.
Why I tried other ways instead of the PdD2O electrolysis? Because tried it and it did not work. Besides, I had a strong experience of the use of Ni in my fuel from wastes tech.

I was working today setting up the LENR Expert Forum and formulate the topics for the different discussion areas it comes to my mind, that what really is missing developing the LENR topic is a kind of change management.


The scientist on the one hand side and the commentators/journalists on the other have over the last two decades developed a kind of trench warfare mentality. A lot of scientists that have interest in LENR/Cold Fusion are very much afraid to lose reputation if they came out of their trench and this is for good reason, because on the other side are the journalist, commentators and the rest of the scientific crowd, and most of them are not interested in scientific evidence or 'truth' (whatever that means), they have discovered that bulling LENR/Cold Fusion is the story that sells.

Both sides have created a very large no man's land between their trench lines and at the end of the day everybody is happy having survived without casujalities. Now something very interesting happened. While the trench war continues unexpected an fearless Andrea Rossi suddenly walked in the middle of the no man's land and placed directly in the middle his Ecat device. Now you might as sapient man expect there will be a truce to have a closer look at this device, at least temporarily, but no, the war between the two sides unchanged continues and not only that, both trenches even find a new common target and that is the intruder in 'their' no man's land.

This has nothing to do with science this is pure psychology.

I have in my career conducted and organized a merger (mergers tend to end up in trench wars) and used a brilliant source of information http://www.umsetzungsberatung.de/change-management/change-management.php .I think that beside the scientific, economic, environmental and social aspects of LENR, we additional have to analyze and work on the psychological aspects.

You are right, dear Uwe- however you can find appeals to  the use of change management in my blog too. Not very effective - it is a VUCA state in the field plus what you describe so well. The German language site you gave has indeed a high idea density but there are excellent change management papers in English to for example at MIT Harvard Business Review etc. etc.