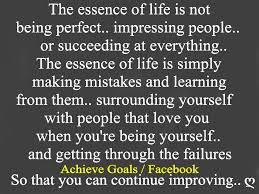 a) About the Zeroth Rule of Research Projects

zeroth
ˈimmediately preceding what is regarded as first in a series.

Thinking about the Axioms of Ed Storms has inspired me to think about the essentials of research projects- starting with the Zeroth Rule of the research projects-
i.e. before starting try to evaluate what brings the Project in case of 100%, total success. Surely you have heard about the Zeroth Law of Thermodynamics that has to be taken in consideration before even thinking about what Thermodynamics allows, re commends or prohibits.
I have discovered the Zeroth Law hen leading series of research projects  at OLTCHIM Chemical Works, mainly poly-vinyl chloride and its recipe components and processing additives and later in a very broad range chemical consultancy collaborations- chemistry is a central science and technology- all other industries ue chemical products. A very broad range of multi-actions from say lead-acid battery separators, additives for sintering,  to optimizing the whitening process of weave baskets made of osier (Salix viminalis) and other bush plants. Low level seemingly but complex problems and good economic impact if it succeeds. Zeroth Rule of projects became a part of my standards a must, a step in decision taking.

This fundamental analysis is not restricted to the before the start period it can be done during the project, any time when it is opportune

For the case of Edmund Storms- his theory based on the AXIOMS- the Zeroth Rule is to determine if his theory is totally true and valid for any variant of LENR- what will we learn, what is the the shortest and fastest way to explanation of LENR, from there to prediction of the necessary experiments and to technological development.

b) Andrea Rossi about Research Projects.

We must make a distinction between R&D started by industries or industrial laboratories and R&D started by scientific concerns.
The aims of these two categories are structurally different.
An industry or an industrial laboratory starts an R&D exclusively basing the strategic decisions on the profit that such R&D can generate, compared to the investments necessary to make  the same R&D . Apart this, all the other considerations about the wellness of humanity are pure hypocrisy and propagandistic mumbojumbo-tango.
The approach of a scientific concern ( university for example ) is different, because in this case the R&D can also have exquisitely cultural aims, with high costs and nil or small economic return: the quest for the Higgs field made by the CERN is a typical example of this. Science about the Higgs field and the associated wave of the Higgs boson will never generate anything economically profitable that could justify the immense costs of it, but, as Dante Alighieri made Ulysses say:
" Fatti non foste a viver come bruti,
ma per seguir virtute e conoscienza"

2) #LENR #ECAT Saga: The Most Important Inconsistency by Dewey Weaver (so far)!
http://www.sifferkoll.se/sifferkoll/lenr-ecat-saga-the-most-important-inconsistency-by-dewey-weaver-so-far/


Our Renewable Future: Laying the Path for One Hundred Percent Clean Energy