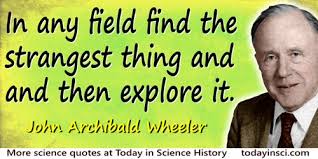 Fine, this is posting 1000,great! but it must be about something- and the theme is the New LENR Geography.

Geography is Destiny - for LENR too.

'I think an enormous space is left in the LENR field to be discovered. I do not know what is inside, being still undiscovered" (Andrea Rossi)

More LENR territories had been already discovered- of different sizes; being given the essential role of the working temperatures, their surfaces can be evaluated in specific units- s.u. square Celsius degrees.
First discovered was a small territory of 70 square Celsius degrees
First a small territory of some 70-80 s.u. was discovered, Pd D classic. It is well known well known, thoroughly explored, however having no treasures, no richnesses, no promises.Many marshy lands, difficult access but it is familiar to many of the LENR explorers.
An other territory- of some 400 s.u. was explored unfortunately by one single team_ Piantelli's. It strikingly differs from the first but it is a lot of Terra Incognita there.

After 2011 a huge territory (up to 1400 s.u) , divided in smaller ones was discovered.
The new territories are still in exploration and seem to offer the Solution.Great territories- many possibilities in principle. Andrea Rossi was the  Columbus, Magellan, or James Cook of these LENR discoveries. His enemies say thse territories exist only in his imagination.

An important thing to discuss is what is common and what differs between thes e territories 5-6 or how many they are.
Fir example my friend in disagreement, Edmund Storms the wisest man of the firts territory, thinks so:

I believe that Nature uses a single and universal mechanism to cause LENR. The LENR process will be found to occur only where and when this mechanism can be initiated. I believe the mechanism occurs ONLY in nanocracks of a critical gap.  The challenge is to create this rare structure in large amounts. The concept is simple but its application is difficult.  The first step is to create the NAE and then figure out what happens in the NAE.

My opinion is contrary, the territories have specific, different  local geographies, LENR is multidisciplinary and kind of multiverse, for each territory you have to (re) learn new and new  lessons.

The idea that based on PdD you could give advices to the E-Cat-Xs reminds me the following saying:

There will always be the Eskimos, who will be ready work out for the residents of the Congo rules on how to behave during a heat wave. (Stanislaw Jerzy Lec)


It has been a few years since I last paid any attention to the ECat /LENR cold fusion saga, however Tom Whipple's latest column (The Peak Oil Crisis: A Bizarre Twist) caught my eye this week.
Apparently Andrea Rossi found an American company called Industrial Heat willing to pay him if the technology could be successfully tested over a 350 day period.
The company ended up deciding the test was a success (though there seemed to be some problems with too much energy along the way) and made the initial payments, however there is now a dispute over whether or not the remaining licence payments need to be made, with Whipple speculating this is because Rossi is now claiming he has an even better version of the technology under development.


A cynic might think all this light and noise is being generated to draw investors into the process like moths to a flame, however I guess we can all hold our breaths and wait for another decade or two to see if this really is a viable means of generating power.

Vitalii Uzikov:"The reality of the new energetics" a paper in the journal " Atomnaia Strategia"

Take note...Rossi said as follows:"Nevertheless I had an intuition about the application of Ni to LENR using the enormous pressures that you can reach in the pores of a Ni powder."Rossi knew from the very start of his research that high pressure physics and extreme compression of hydrogen was at the heart of the LENR reaction.

https://www.sciencedaily.com/releases/2016/04/160413135713.htm?utm_source=feedburner&utm_medium=email&utm_campaign=Feed%3A+sciencedaily%2Ftop_news%2Ftop_science+%28ScienceDaily%3A+Top+Science+News%29
Scientists have produced the first direct evidence of a state of electronic matter first predicted by theorists in 1964 -- a 'Cooper pair density wave.' The discovery may provide key insights into the workings of high-temperature superconductors.