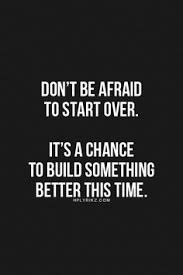 Starts are many times difficult and vulnerable and far from instantaneous- just ask planners, obstetricians and founders of all kind. The bad news that surfaced today is that the New Energy World Symposium, initiative of Mats Lewan will not take place as intended.  So an important event was postponed- in the best case. My sympathy to Mats!
There are historical precedences- first of all it is well known that - great cosmologists know it- even the Big Bang Itself was postponed more times for Ages and in meantime the Universe was just a Nothingness, nonexistent, unstructured and absolutely immobile.
("Existence is nonexistence in movement"  is my first philosophical statement ever.

The Symposium will be held later and will mark in a way the start of the LENR Era.
Probably new speakers will be added. World leaders for example.

4) Cold Fusion is news again but the search for the energy Holy Grail ain't over:
https://www.inverse.com/article/14355-cold-fusion-is-news-again-but-the-search-for-the-energy-holy-grail-ain-t-over
https://www.lenr-forum.com/forum/index.php/Thread/3019-Inverse-Cold-Fusion-is-News-Again-But-the-Search-for-the-Energy-Holy-Grail-Ain-t/

Dear Dr Andrea Rossi,
At the beginning I was convinced you were wrong and IH was right, but after reading all the rants of Jed Rothwell and the other hatchet men of IH and looked through the papers that have been published in the internet, I changed idea. You are right in the dispute against IH.
What convinced me is a foundamental thing. While IH was raising 50 millions from Woodford ( whose role has to be analyzed carefully ) JT Vaughn, in the same very days was writing to the authorities that your plant was not working and used a physicist connected with your competitors to induce the healthcare dept. of Florida to close your plant and interrupt the test. This fact, easy to understand reading carefully all the papers in the internet, clearly discloses the strategy of IH: use you to collect millions from investors, but, at the same time, stop you to forbid you to complete the test, so that they can avoid to pay you. Their strategy was, and is, to justify with their investors saying they are collecting money for an R&D that will never end…and block any factual development of your E-Cat, at the same time buying toilet papers to show to the investors ( and the auditors of Woodford and company ) that they have a lot of IP at the stake and that you are only one piece of the modaic; this way the justify with the investors that they got 50 millions and eventually lost your license , which initialy was the pillar of their value.
From one side we have a man that has worked 16-18 hours per day, risking his health while making the Guinea pig, putting all his life in this risky endevour, on the other side we have financial smartasses that without working got 50 millions, or more, from Woodford, started a 200 milions concern in China, and at the same time tried to “kill” you: look at what JT Vaughn said to the North Carilina healthcare authority exactly while he was colecting 50 millions from Woodford. Why ? Because they never wanted a real work done, they always wanted only sell toilet paper to make easy money.
I was an enemy of you, Dr Rossi, but Rothwell and his paid armada of hatchets has convinced me that you are fighting against sharks to defend a work you have dedicated your life to. This having been said, now do not lose time in chatters with these assholes, continue to focus on your work and put the E-Cat on the market. This is the sole way you have to sweep away this trash.
An admirer of your efforts,
May God help you
Jacky

Jacky:
Thank you for your insight.
Warm Regards,
A.R.

J. Hartmann:
ABSOLUTELY NOT !!!!!!!
Our production has still enormous obstacles to overcome, our Customers are pioneers, that have ordered several plants with full knowledge of the risks still connected with our technology, our massive production is not yet in operation and our activity has still strong risks not to succeed.
We are not offering any kind of public investment because I want not to put at risk the savings of the persons. Our activity is still comparable to a warship, nor to a cruiseship. Beware anybody that is selling investments to the public related to LENR, because the risks connected are extremely high.
We accept investments only from professional industrialists of investors that know perfectly all the risks connected with our activity.
I am receiving many offers from good people that wants to invest money on me, but I am refusing all these offers because I want not to play football with the bones of the others.
Put your money in US Treasury bonds and sleep well during the night.
We will take in strong consideration public investments only AFTER our E-Cat will have been put massively in the market.
Warm Regards,
A.R.

[PDF] Deformed Space-Time Reactions and Their Phenomenology
G Albertini, D Bassani
... ductile one. 3.2. LENR and CMNS Reactions Palladium and Deuterium are the most
intensively studied materials for Cold Fusion in the field of Low Energy Nuclear
Reactions and Condensed Matter Nuclear Science. Rather ..

However the link is not working; searching for the title you will get interesting connections to the DST Theory, the most recent being:
https://www.lenr-forum.com/forum/index.php/Thread/2954-DST-Theory-as-unifying-theory-for-LENR-CMNS-E-cat-and-piezo-nuclear-reactions/

I am playing with the idea of getting an art friend to design a special and meritorious award certificate. The award would be called the 'Golden Oars' award.  the symbol is two rowing boat oars in parallel across the top of the certificate and shown in colour as made of pure gold.

The wording would be along the lines of ...
"This award has been created to present to a new global inventive talent that has emerged in the realm of science. The award is called the Golden Oars award because it is being awarded for 'part 1' *or* part 2' *or* 'part 3' (all parts explained below).  (Oars is a pun on the word 'or's - as in 1 or 2 or 3).
It is awarded to the amazing man named Andrea Rossi. An Italian genius who may be the nearest rival to Nikola Tesla in the history of science creativity.

The 1st part of the award says ...
For outstanding and extraordinary intuition, insight, perseverance and plain hard work, in taking a world lead in creating the greatest advance in new energy since man found how to light his own fires.  This award is all the more meritorious award because the recipient Andrea Rossi, achieved this miracle in the face of constant disbelief, hostility and vitriol directed at him which was raised to levels that few normal people could cope with. Andrea Rossi never wavered. He persevered. He won.
The 2nd part says 'OR'
This award is equally deserved and presented to Andrea Rossi, for maintaining the most extraordinary phantom invention that captured the science world for near to a decade where no one, scientist or engineer,  was able to effectively or convincingly debunk or derail his claims. Added to this is that during this period he collected perhaps close to $15 Million dollars from investors who included Americas best and brightest in Venture Capital. The outstanding and extraordinary aspect of this part of the award is that Andrea has not lost a beat and we the committee look forward to hearing of the next investment (see part 3) in Andrea Rossi's phantom invention (however, the committee must make it clear that this 2nd part of the award is completely invalidated if the 1st part proves to be true).
The 3rd part of the award says 'OR'
This award is extended and equally meritorious if it turns out that part two is undecided, and yet Andrea Rossi attracts even more 10s of millions of $s in investments while no one else in the world can nail him for any fraudulent  behavior.  The committee reserves the right to transform this 3rd part of the award into an added 'cluster' award to part 2. Under this modification 'cluster' is represented by a bunch of grapes hanging beneath the golden oars. The symbolism here is the extent that inventor Rossi had the science world 'by the balls' for so many years no matter which side of opinion people were on. That in itself would be an amazing achievement part 3 may stand even if part one alone proves true..
The committee knows that all sides of the Andrea Rossi eCat debate will honestly recognize the validity of the award and even if grudgingly, accept the award for what it is and what it represents.

a) Instructive for ourdiscusssion about the Big Bang!
Extreme universe recreated in the lab


Symmetries are the underlying principles of fundamental interactions in nature. Chaos in a quantum system may emerge from breaking these symmetries. Compared to vacuum, crystals are attractive for studying quantum chaos, as they not only break spatial isotropy, but also lead to novel quasiparticles with modified interactions. Here we study yellow Rydberg excitons in cuprous oxide which couple strongly to the vacuum light field and interact significantly with crystal phonons, leading to inversion symmetry breaking. In a magnetic field, time-reversal symmetry is also broken and the exciton states show a complex splitting pattern, resulting in quadratic level repulsion for small splittings. In contrast to atomic chaotic systems in a magnetic field, which show only a linear level repulsion, this is a signature of a system where all anti-unitary symmetries are broken simultaneously. This behaviour can otherwise be found only for the electro-weak interaction or engineered billiards.

Looking for information: How to focus on quality, not quantity http://blog.oup.com/2016/04/quality-vs-quantity-data-information-problem-solving/#sthash.2JoBMIEy.dpuf