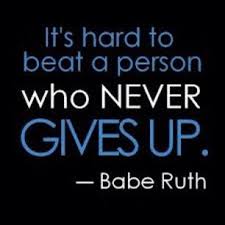 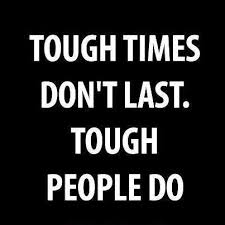 Please re-read these quotations:
https://www.goodreads.com/work/quotes/19092611-antifragile-things-that-gain-from-disorder
And perhaps this issue of my blog:
http://egooutpeters.blogspot.ro/2015/05/the-idea-of-antifragile-hot-cats-some.html

You will see that the technology is tough and indestructible- at the Trial.
The next stage, more difficult will be to show that it is tough and irresistible and will conquer the market of energy.
Tough people will perform both tasks,and a tough and invincible class of technologies will be created, you will see.

b) Ed Storms' opinion about progress in LENR

Peter, let me add additional insight about why no progress is being made when understanding LENR.  Anyone who has bothered to look at the surface of nuclear active material at high magnification is in for a shock.  The surface is very complex in both composition and morphology. Nothing about this material is typical of what is considered to be ideal, normal material.  Nevertheless, the various theories are all based on the known behavior of ideal material.  In other words, the theories are describing material that does not exist in the real world.  Physics is accustomed to describing conditions to which math can be applied, such as plasma or ideal energy states.  The conditions in which LENR takes place are controlled by conditions over which the physicist has neither control nor knowledge. Therefore, they are describing an imaginary world.  At the same time, the measurements are based on the average behavior.  This average has very little relationship to the extreme conditions that actually exists and can determine how LENR functions.  I see no progress possible until the ideas are applied to what is real.

Dear readers, please tell what you think about this!  I want now to add a single idea- the visible part is indeed complex, but the invisible part- nano- and smaller is even more complex. For PdD the distribution of impurity atoms plays an important role in reproducibility and actually it is unquantifiable and almost non measurable. Complexities over complexities.


2) Viktor Romanovski has performed search for articles, papers about.S. Filimonenko (who claimed to be the first inventor of Cold Fusion) and his experimental works

4) From Rossi's JONP- about his enemies.

Dr Andrea Rossi:
a guy in a hostile blog has written that when you write ” kWh/h” to indicate energy you make a mistake due to your poor knowledge of mathematics, because the h at the numerator and the h at the denominator cancel each other and remains only kW. What do you answer?
Dan
Andrea Rossi
August 31, 2016 at 9:57 PM

Dan:
HA,HA,HA,HA,HA !!!
That statement is a paradigmatic example of the fact that, as Prof Umberto Eco wrote, in the blogs every imbecile can sell himself to somebody as a scientist even if he is an analphabete.
As every person that has a knowledge of the concept of energy will confirm to you, kWh is a quantum of energy: this is the shortcut of the full name, that is ” kilowatthour”.
Therefore, when you write “x kWh/h”, you shortcut the expression ” x kilowatthour/h”, which means “the kilowatthours that you are generating or consuming in one hour are x”.
To say that the two H eliminate each other because one is in the numerator and the other is in the denominator is not just wrong, it is extremely stupid, because is like to eliminate the letter h from the word kilowatthour at the numerator, where an amount of energy is defined, and the total time from the denominator, which is the Hour of time during which the energy is produced or consumed: in a nutshell, the two H stay for two completely different things, therefore they cannot be eliminated !!! The guy who wrote this bestiality not only has not a minimum knowledge of Physics, but also of Mathematics ( or, better, of elementary school Aritmetics) because not only has not understood what is the concept of energy, but also how the fractions work and when they can be reduced.
So, if you want to be correct, please remember: the definition “1 kWh/h” is absolutely correct, and corresponds to a precise amount of energy ( 860 kcal, or 3526 kJ ) consumed or produced in one hour. When you write that you are consuming ( or producing) 1 kWh/h, you mean that every hour you are consuming or producing 3526 kJ. And please do not eliminate the h from the fraction!
(He,he,he,he…)
Warm Regards,
A.R.
P.S. The guy who wrote these bestialities must be pardoned: he is a puppet paid to write bestialities and, as they say in Italy ” Pure lui tiene famiglia” ( he too has to feed his family )

Dear Dr Andrea Rossi:
Obviously your answer to Dan is correct. We had another example of how incensistent your foes are.
Just ignore them and proceed with your great work.
Cheers,
Walter
Andrea Rossi
September 1, 2016 at 6:48 AM

Walter:
They are not inconsistent, they are consistent as a series of puppets that take advantage of non expert readers to create a hostile environment around the character they are paid to destroy. It is an old story that many years ago worked, today does not: twenty years ago it was enough to buy a couple of corrupted journalists of main newspapers to assassinate a character and prepare the environment against his work. Today, with the internet, it is impossible, because if you write a stupidity or a falsity it backfires immediately if the reaction is proper. This is the double edge issue of the blogs: from one side, they allow to any imbecile to play the guru, from the other they allow anybody to make the guru naked like the famous king, in real time.
Warm Regards,
A.R.

5) A new thread at LENR Forum in French

Abstract
Hydrogen is involved in a variety of chemical processes on surfaces. While hydrogen exhibits vibrational and rotational dynamics in its adsorption state, it in some cases undergoes diffusion into the substrate as well as on the surface, and participates in chemical reactions. Furthermore, hydrogen exchanges an electron with surfaces having a significant effect on the surface electronic structure. In this personal account, we review our recent studies on surface nuclear dynamics of hydrogen, hydrogen transport across surfaces, catalytic hydrogenation/isotope exchange reactions, and charge transfer between the surface and hydrogen by using a depth-resolved technique of nuclear reaction analysis and a quantum-state-selective detection of resonance enhanced multiphoton ionization in combination with surface science techniques. As a future prospect, we refer to ultraslow μ spin rotation spectroscopy for a direct probe of the hydrogen charge state at surfaces.

Nothing to do with LENR but I liked it:
Smarter brains are blood-thirsty brains
https://www.sciencedaily.com/releases/2016/08/160830211658.htm?utm_source=feedburner&utm_medium=email&utm_campaign=Feed%3A+sciencedaily%2Ftop_news%2Ftop_science+%28ScienceDaily%3A+Top+Science+News%29
LENR IN CONTEXT-2


Focus on What Won't Change

The genius of Jeff Bezos: He figured out what won't changehttps://www.linkedin.com/pulse/focus-what-wont-change-brian-wong?trk=eml-email_feed_ecosystem_digest_01-recommended_articles-4-Unknown&midToken=AQH1IEzg8NsNvQ&fromEmail=fromEmail&ut=1AcOyVPaWxxTo1
ends with:
"But look for the old classic with new eyes. Don’t see the trees; see the forest. Don’t see now; see forever. Don’t see countries; see the world.
Then start looking for how to make that world just a little bit better".
Posted by Peter Gluck at 11:28 AM