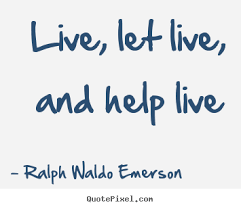 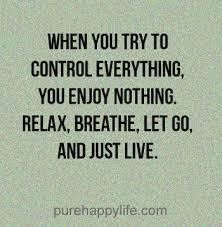 My really positive and constructive message saying thst LENR needs mortar and unity has generated a rather negative reaction, see please the thread on Vortex.


The usual suspect has insinuated that I am suggesting unity behind Andrea Rossi.
Actually, I am a realist person, OK, I say impossible things sometimes, but no so impossible!!! Rossi follows his own way, develops his own technologies, fights his own war, and these all keep him pretty busy.

But for his enemy this was a good opportunity to tell a lot of the usual bad things about Rossi- he has no technology, has destroyed the (good) reputation of LENR- almost irreversibly, takes LENR's funding away selfishly... and so on. Strong certainties which if true, mean Rossi will lose the Trial. But then, if zero excess heat, infinite lies by Rossi- what reason have the attacks against him? A simple quasi-instinctual manifestation of the genes of aggressivity and destruction? It seems so - if Rossi can not show how 920kW per hour in average were effectively consumed at the Customer, the chances to win are zero...and  an old slogan came in my mind firts in French:'vivre et laisser vivre"- id est "live and let live" for the LENR colleagues/competitors, but  applied in its malefic form "Live and let die" for the Enemy.

It was already mentioned here more times wouldn't it be more effective to let Rossi to build his industrial plants (as we his supporters believe)  or to self-destruct as his
enemies believe and hope?

Unfortunately, I cannot report good things re. the basic rupture inside the classic LENR community (nuclear active environment, NAE vs. lattice, vacancies) there will be no constructive discussion, soon. But at least there is indeed "live and let live"-
more or less.

So prior to mortar and unity  it will be welcome a problem solving stage , policy of living and let others live, diminishing the spirit of destruction, envy, revenge - as much as possible. At least let's try an infusion of pragmatism, realism and rationality.


1) I have met LENR in real life today!
http://www.internationalskeptics.com/forums/showthread.php?t=311878

Dear Dr Andrea Rossi:
Can you explain the meaning of all the documents deposited in Court this morning? It seems that IH has retreated their countercomplaints because they recognize were wrong, but we do not understand the legalese. Can you explain?
Thanks,

Kara:
I cannot comment any issue related to the litigation in Court, in pursue of precise directions I got from my Attorneys.
Warm Regards,
A.R.
and

James:
They know nothing of the issue they are talking about.
Warm Regards,
A.R.

There have been at least three LENR developers who have noticed intense and widespread EMF interference generated from their experiments that in some cases have spanned a distance of influence of many tens of meters from the LENR reactor. All these LENR experimenters as well as myself all took this interference to be related to RF generation in the LENR reaction. But this assumption about RF might not be correct but instead be related to some form of sub-atomic particle generation via the LENR reaction.

This interference could have a disruptive effect on the body, especially, the electrical nature and workings of the brain and nervous system. This EMF interference has been near impossible to detect using RF meters or to shield against including the use of lead, iron, steel plate, electrically charged metal, mu metal and faraday screening. If the nature of this EMF interference can penetrate deeply and completely into the body and access all the electrical activity in the nerves cells throughout the body, unpredictable complications might be produced inside the body at a considerable distance from the LENR reactor and/or inactive stored used fuel.

Different people might be more susceptible to this type of nerve activity interference than others based on the strength of the interference produced by any given reactor design. If you are a LENR experimenter, keep a lookout for abnormal neurological symptoms related to your LENR experiments.

LENR IN CONTEXT-1
Deep insight into interfaces
https://www.sciencedaily.com/releases/2016/09/160916093136.htm
Date:September 16, 2016
Source:Julius-Maximilians-Universität Würzburg, JMU
Summary:
Interfaces between different materials and their properties are of key importance for modern technology. Physicists have developed a new method, which allows them to have an extremely precise glance at these interfaces and to model their properties.


Using low energy electron (LEE) as a catalyst, the electronic origin of the catalytic strategies corresponding to substrate selectivity, reaction specificity and reaction rate enhancement are investigated for a reversible unimolecular elementary reaction. An electronic energy complementarity between the catalyst and the substrate molecule is the origin of substrate selectivity and reaction specificity. The electronic energy complementarity is induced by tuning the electronic energy of the catalyst. The energy complementarity maximizes the binding forces between the catalyst and the molecule. Consequently, a new electronically metastable high-energy reactant state and a corresponding new low barrier reaction path are resonantly created for a specific reaction of the substrate through the formation of a catalyst-substrate transient adduct. The LEE catalysis also reveals a fundamental \textit{structure-energy correspondence} in the formation of the catalyst-substrate transient adduct. Since the energy complementarity corresponding to the substrate molecules of the forward and the backward steps of the reversible reactions are not the same due to their structural differences, the LEE catalyst exhibit a a unique one-way catalytic strategy, i.e., the LEE catalyst favors the reversible reaction more effectively in one direction. A characteristic strong binding of the catalyst to the transition state of the reaction than in the initial reaction state and the final product state is the molecular origin of barrier lowering.

https://leadershipfreak.wordpress.com/2016/09/17/solution-saturday-distracted-by-urgencies/
Posted by Peter Gluck at 11:11 AM