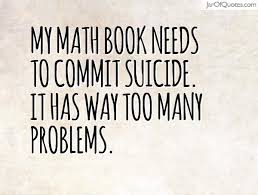 O.M.G.- LENR also has too many problems?!

a) Bad news about LENR Cities

Very sad news, LENR Cities is bankrupt and probably liquidating.I liked the idea and the spirit of LENR Cities- a "very" European organization.See please this discussion with Michel Vanderberghe the creator and leader of it:
http://egooutpeters.blogspot.ro/2016/02/feb-24-2016-lenr-cities-european-leader.html?m=1
However now we see that LENR Cities have ot succeeded to convince serious investors that LENR is the energy source of the future and their idea of ecosystems failed. Obviously the Rossi-IH  Trial and world-wide dispute had  a negative influence but- in my opinion- the decisive factor of this failure was that they had NO TECHNOLOGY to offer or promise. They had a team of researchers the European branch of the Widom-Larsen theory - not technologists, unfortunately. No LENR+ on the horizon, no investments.
And this is suicide as it also is to try to kill s valid, working LENR technology.
As you see the bad news are discussed on the Forums, but next time a similar action must be based on Rossi's technology or a better one, alternative one that must be created

The opinion of Uwe Doms about the case of LENR Cities.

http://www.e-catworld.com/2016/04/30/decentralization-and-lenr-michel-vandenberghe/
Michel Vandenberghe the CEO of LENR was talking and acting nearly like Thomas Darden II:
http://www.e-catworld.com/2015/04/14/tom-dardens-speech-on-lenr-at-iccf19/
The problem of such companies as LENR Cities SA, or Industrial Heat LLC, is that they have not any own product and therefore ultimately no own business model.


And since Industrial Heat LLC was at least trying to get a product (and failed), LENR Cities SA only acknowledge the high level of innovation and are eager to participate in it, but they mistaking however, that it is not enough to portray a think-tank and hope that this will be filled by others and then to lure investors that would invest money for something LENR Cities SA even never had, namely a LENR product.

We will see a lot of similar companies in the near future and most of them will fail!

http://lenr.seplm.ru/novosti/nazrelo-otkrytie-foruma-assotsiirovannogo-s-nashim-saitom
Registration s possible with nickname (fictive name ) if you want to keep your incognito.
Proposals for themes and open discussions can be published on the forum or sent to the address prosvirnov@gmail.com

4) Mihail Mironov about the LENR experiments of Rossi and Parkhomov