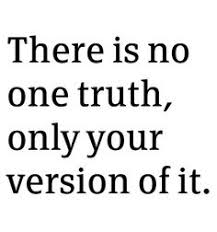 Tell me what reality are you ignoring and I tell you who you are.  (Atlantidic Proverb)

a) About ignoring reality in/of  LENR

Peter, you said on your blog that predictions about LENR are not available. I would like to call your attention to the predictions I made about the expected behavior in the reference below.  In addition, if the NAE is the nano-crack, a number of predictions can be made about how to generate them.  The problem is not the absence of predictions. The problem is the absence in current theories of any relationship between the proposed nuclear reaction and the chemical-physical structure. The theories focus on the nuclear process without taking the real physical-chemical environment into account.  This defect seems to be totally ignored by you and everyone else. I see no progress being possible until the real conditions related to the LENR process are considered. In addition, my attempts to do this are largely ignored.

Very inspiring! Thanks dear Ed! See please the highlighted text- as the author shows it, it is sad case of IGNORED REALITY.
Unfortunately, Ed is driven by inertia (probably) to say:
This defect is TOTALLY IGNORED BY YOU and everybody else- and I find this unfair for me and to many of the 'everybody else"
I dare to claim some priorities in considering Cold Fusion/LENR  in a chemical, even more than chemical context: active sites, catalysis, materials science, nanoplasmonics- up to my recent model:

ATOMIC MODEL OF THE STRUCTURE OF LENR SCIENCE
Sciences on which LENR is based:
NUCLEUS

Worse things than ignoring also can happen to reality- as rejection, mutilation, remaking in falsity... An example discussed here is the systematic action of destructive demonization 'decorating' Rossi with dreadful sins and flaws and imperfections. I asked Rossi for a

Dear Andrea Rossi,
There are no limits, rationality, decency in the campaign for your character assassination - on the Web- at the Court it just has started
Anyway one of the extreme accusations not in the legal document as far as I
know was of VANDALISM see below:
- Rossi has extracted the flowmeter from the plant and tried to carry it home...
Answer
False and no evidence

Let's think a bit- Andrea Rossi- 173 cm tall and 63 kg,. is by far not kind of Maciste, Hercule or Arnold Schwarzenegger; the water pipe was DN 40 and the steam pipe much greater- vandalism impossible!

A.R.:
All the instrumentation was of the ERV and I touched nothing
By the way Darden and his men have been there many times and never noticed anything if the sort
Nobody took off the plant anything and nobody made complaints about this for one year.


3) The Power of the SunCell®
http://njbmagazine.com/monthly_articles/the-power-of-the-suncell/
It is a comment by my friend Doug Marker there!

5) A series of demonization-of-Rossi actions by Abd ulRahman Lomax
https://groups.yahoo.com/neo/groups/newvortex/conversations/messages/862

Who is getting left behind in the internet revolution?

New research puts us on the cusp of brain-to-brain communication. Could the next step spell the end of individual minds?Hive consciousness

New research puts us on the cusp of brain-to-brain communication. Could the next step spell the end of individual minds?