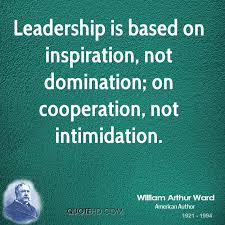 APPEAL TO THE PARTICIPANTS AT ICCF20 AND SSICCF20

My dear known and unknown Friends!

Please help me and my readers by sending me your papers, posters, presentations, slides, videos- whatever- so that I can publish them here in the very day they are presented at Xiamen or Sendai.
An anticipated great Thank you!

On the LENR Forum in the known threads I continued to discuss with my opponents and nothing changes- their real motivation is domination- everybody must think what they think. Facts and logic ignored by them.
This is the tactic, they claim repeatedly, with increasing vigor:

Nothing is what it seems, so you are not able to see the truth. However I will explain it to you and you MUST believe me!

Good as tactic, but on long term- strategy not,  they will learn that if in mechanics reaction is equal with action, in psychology the reaction can be much greater than action. Without my fight even they will see how the resistance of independently thinking skilled people will sweep them away. See the first Motto.

for myself, I am motivated by several things.1. When I see someone who has earned respect through years of hard work being attacked because he disagrees with Peter Gluck, I may defend him. I have previously posted a link to DefendEachOther, a long-standing internet concept; in this, it is not our responsibility to defend ourselves, and it is often counterproductive to do so. It is our responsibility to defend others. I defended Rossi against intemperate attack from Steve Krivit, and I don't regret that at all. It was noise, distracting from the real situation. What critics like Krivit and Mary Yugo point out is often obvious, but reality is more complex than the models they are attached to. Criminals, as an example, can be more trustworthy than ordinary people, sometimes. I've been a prison chaplain, I'll testify to this.2. CMNS is a scientific field and requires a scientific approach. Science approaches "fact" with caution. Law is actually similar, but law is perhaps more socially developed. Science is also social. When I have knowledge that is uncommon, I consider I have some obligation to share it. Right now, I have uncommon knowledge about Rossi v. Darden, because I have studied those documents over and over to write about them. I have uncommon knowledge of the history of cold fusion (not unique knowledge and Jed Rothwell and Peter Gluck have been around a lot longer than I have, in the field as to being active. Nevertheless, I came in and approached the field with some new perspectives, and so I saw things that had sometimes been missed. I write about them.)3. Because it's there. Because I am involved with LENR. I see things and write about them. To an extent, this is an addiction. As an addiction, I may engage in it out of balance. Hence this is all a topic of discussion with counselors and therapists, friends and family.4. I want to see Peter happy for the rest of his life, and the way he writes, he's not happy. He is far too attached to conditions that he cannot control. For some years before Rossi v. Darden, it was obvious that Peter had identified "LENR+" -- which can only refer to Rossi's work because Peter's idea was this was "stronger" -- as the hope that he might see successful LENR before he dies. Peter is only a little older than I. I'm not worried. What I see is that I have already been successful, and LENR is on its way. How far it will get before I die does not matter so much to me. I have already reached goals that are satisfying. There may be more -- maybe even much more -- but it's not a necessity for me.5. If I become peevish and start doing what Peter started to do, I sincerely hope that my friends will warn and restrain me. So I am doing for Peter what I would want my friends to do for me, hoping he will recognize what is being said to him.

Long, with many mixed elements

It was a longer discussion and my conclusion is that it is impossible to discuss with people using invented stories, diagrams and other facts, who have completely different standards of truth and a different sense of reality and values than myself, - so I broke the diplomatic relations with my two opponents. My compassion to IH for using such ineffective propagandists.

1b) In October there will be a hearing on that paper before Judge Altonaga:
https://thenewfire.wordpress.com/good-prospects-for-rossi-and-leonardo-corp-lawsuit/

2b) MFMP Publishes New Video and Slideshow: Doppelgänger — Does a 2006 Patent Describe the ‘Rossi Effect’?
http://www.e-catworld.com/2016/09/26/mfmp-prepares-for-an-announcement/

Dr Andrea Rossi,
Are you oriented to define LENR your technology, or you think it belongs to other fields?
Thank you
Andrea Rossi
September 27, 2016 at 12:05 AM

Mr Andrea Rossi,
Can you explain which has been the inspiration that made you arrive to the present results?
Cheers,
Rino
Andrea Rossi
September 26, 2016 at 7:09 PM

Rino:
The spark has been started from the first announcement of F&P. Eventually, after I reaized that the electrolysis was conducting nowhere, the idea to use nickel as a catalyzer of compounds with hydrogen came from the enormous work, and experience, I made with Ni as a chemical catalyzer in hydrogenation processes when I made experiments for my thermolytic plants from 1976 to 1994. Obviously the matter was totally different, but ideas and intuitions make tunnels between arguments apparently strange to each other.
Warm Regards,
A.R.

Lowering the heat makes new materials possible while saving energy
https://www.sciencedaily.com/releases/2016/09/160926105841.htm
Date:September 26, 2016
Source:Penn State Materials Research Institute
Summary:
A low-temperature process has been developed that has opened a window on the ability to combine incompatible materials, such as ceramics and plastics, into new, useful compound materials.

Measuring Scientific Impact Beyond Citation Counts
http://www.dlib.org/dlib/september16/patton/09patton.html
Soon Scientometrics will be necessary for LENR too