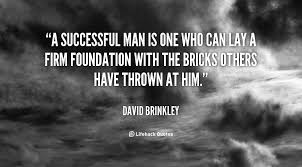 And companies, institutions too.   Vaguely reminds me somebody you know


And see please the Motto (quote) of LENRIA at the website:


Associations are the glue of our society. Like the mortar that hold the bricks of a building in place, associations go largely unnoticed, yet they do much to hold the entire structure together. (Jim Collins)

a) What LENR needs now is mortar, glue, binding agents...

Metaphorically speaking because the aim is, as LENRIA's coming calender defines it- "to Unify Global LENR Community and Showcase the Growing Viability of the Field" Today's contributions (as Ed Storms' appeal at b)), ideas and news all converged to show that it is the case to cease breaking down, erosion and fragmentation and useless divisiveness. Systematically we have to discover
and apply, put in value -compatibilities, adjustabilities, similarities, affinities additivities between the over-diversified, sometimes rigid, selfish, self-contented
and immodest ideas and try, forcing creativity at maximum to build more unity, mutual understanding And respect for the apparently antagonic points of view'
We will overcome!

Let me tell (or repeat) you that when capitalism took a new start in Romania I had the revelation that being poor is the most unpardonable sin in in our society. So I started my consulting firm C5- Citodsta Creative Chemical Consulting Company and there more than half of the problems to be solved were applications of adhesives, glues, binding and coating materials. This year I was asked again in a problem of this category- fast, so called D4 wood adhesive on basis of polyvinyl acetate.
The world of LENR ideas has similar problems.
Obviously the subject is of vital importance- not the subject of an single editorial.


b)  Messages from Edmund Storms

I'm not going to ICCF-20.  If you plan to attend, I would ask you to do me a favor.  Please read the attached explanation of LENR and ask the people proposing other explanations whether they have read the paper and have considered my requirements described therein.The first and most important requirement is the correct identification of the NAE. Any part of the explanation following the choice of NAE is unimportant and a waste of time if the correct NAE has not been used as the starting point for describing the nuclear mechanism.The nature of NAE is the most important concept an explanation must acknowledge for the reasons I describe in the attached paper. The concept identifies how the unique conditions required to initiate LENR have to be created in a material and it defines limits a proposed nuclear process has to acknowledge. Unless this concept is understood and effectively included in the explanation, I see no hope for LENR being applied in the future.  Without this understanding, the experimental results cannot be correctly interpreted, as has happen frequently in the past, and effective experiments cannot be designed. The correct answer to the questions of what is the NAE and how can it be created are the essential issues for understanding LENR and its eventual application.Ask people if they consider the requirement for a NAE to be important? If not, why not? If they think the NAE to be important, what kind of NAE do they think operates in the materials? The response will generate a lively discussion and reveal how effective their proposed explanation might be.

HOW BASIC BEHAVIOR OF LENR CAN GUIDE A SEARCH FOR AN EXPLANATION
http://lenrexplained.com/2016/04/how-basic-behavior-of-lenr-can-guide-a-search-for-an-explanation/

He also adds the following:

"Most theories avoid talking about the NAE. Only Andrew has addressed this issue in a partial way.  Hagelstein proposes the metal atom vacancy as the NAE, but ignores the evidence that shows such vacancies do not exist under the conditions applied to LENR.  Swartz rejects the idea for reasons he has never made clear. Collis, Fisher, and other people reject the idea in favor of unique particles operating throughout the material.

The community is fragmented only because people are not interested is what is real . They care only about what they propose.  A useful debate simply doers not occur because no one is interested in changing their mind.  Facts simply are not acknowledge or accepted if they conflict with what a person proposes. The people in this field are no different from the skeptics in general science.  The beliefs are just as strongly held and just as immune to logic and fact."?

2) Cold fusion: Science's most controversial technology is back

By Michael Brooks
it is premium, only for subscribers, starts with
SCIENCE has had its share of embarrassing moments. Take Piltdown man, the missing link in human evolution exposed as a fraud after 40 years. Or the Allan Hills meteorite, hailed by US president Bill Clinton in a televised announcement in 1996 because it seemed to contain evidence of life on Mars – only it probably doesn’t.

But few scientific embarrassments raised temperatures quite as much as cold fusion. In 1989, University of Utah chemists Stanley Pons and Martin Fleischmann announced that they had, at room temperature in the lab, tamed the process that powers the sun: nuclear fusion. This would have been an almost unimaginable technological leap. But no one could reproduce the result, at least not provably, reliably, or to general satisfaction. With no convincing theory to back up the observations either, Pons and Fleischmann were ostracised. Cold fusion – and anyone still willing to work on it – was frozen out.

Fast forward 25 years, and thaw is in the air. You won’t hear the words “cold fusion”, but substantial sums of money are quietly pouring into a field now known as low-energy nuclear reactions, or LENRs. Earlier this year, the US House of Representatives Committee on Armed Services declared it was “aware of recent positive developments” in developing LENRs and noted their potential to “produce ultra-clean, low-cost renewable energy” and their “strong national security implications”. Highlighting too the interest of Russia, China, Israel and India, it suggested the US could not afford to be left behind, and requested that the Secretary of Defense provide a briefing on the science by 22 September. Cold fusion ...

Fast forward 25 years, and thaw is in the air. You won’t hear the words “cold fusion”, but substantial sums of money are quietly pouring into a field now known as low-energy nuclear reactions, or LENRs. Earlier this year, the US House of Representatives Committee on Armed Services declared it was “aware of recent positive developments” in developing LENRs and noted their potential to “produce ultra-clean, low-cost renewable energy” and their “strong national security implications”. Highlighting too the interest of Russia, China, Israel and India, it suggested the US could not afford to be left behind, and requested that the Secretary of Defense provide a briefing on the science by 22 September. Cold fusion …

4) LENRIA BEGINS THE DEVELOPMENT OF THE 2017 LENR INTERNATIONAL CALENDAR
Consistent with the 2016 Calendar Currently Available, Aim is to Unify Global LENR Community and Showcase the Growing Viability of the Field

6) New documents at the Florida Court for the Rossi vs, Darden Trial:

Our Brazilian friend Daniel Rocha says:"I think this article suits very well the overall situation of LENR"
From : The Passions, Emotions and the Meaning of Life by Robert Solomon
https://shoestringcentury.files.wordpress.com/2012/04/thevillainofthepassionsrobertcsolomon.pdf

Unfortunately, no chance to contradict him.