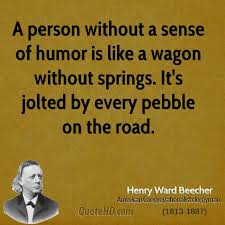 a) Anticipating Abd ulRahman Lomax's reaction to the Emptiness editorial

Writing this early when no answer could come from the US
I openly confess that I ma not so smart as Abd who knows always better what I am doing/not doing, thinking, feeling than myself mercilessly putting the exact diagnostic. It is not mutual, I have no idea what he will answer.
I think the best for him is to have a sense of humor and being pragmatic and to ignore with superior dignity the infamous things I wrote.

Because if he answers, then he has only two options:

1) continuing on the psychiatry line speaking e.g. of my old age dementia,  paradoxically combined with intellectual immaturity and flawed  all these being enhanced by the harmful effects of the atmosphere of the Rossi Planet where I am captive. In a few words- nothing.

2) Take his role seriously a nd come with a very convincing REAL PROOF of IH's accusations against the E-Cats (not Rossi as they usually  do) - the ERV report, the flowmeter s type, some IH document critical to the plant from 2015,  a promising result of some IH sponsored LENR research, a pro-IH statement by some authority or investor- whatever. He has certainties, perfect verifiable proofs....
If he does this well I am ready to apologize and to upgrade his insult to compliments.
I am for fair play. as you know. Ready- just waiting, 1-2 days...

Today I have received INFINITE ENERGY Issue 128, July/August 2016- excellent see please 1) but there are many other excellent papers here too. Here I will send my "Farewell LENR" paper before going to meet with Gene Mallove and my other dear  Cold Fusion/LENR friends who have done much for the survival of LENR but failed to so for their own.

ICCF20 Scheduled in Japan for October 2016

4) It started a new thread on the LENR Forum:
INTERVIEW WITH AN LENR FORUM MEMBER ON THE 'EGO OUT' BLOG.
https://www.lenr-forum.com/forum/index.php/Thread/3532-INTERVIEW-WITH-AN-LENR-FORUM-MEMBER-ON-THE-EGO-OUT-BLOG/?postID=30107#post30107

Dear Dr Andrea Rossi:
Can you give us the dimensions of the plant of the Customer that used the energy produced for one year by the 1 MW E-Cat ?
Thank you if you can answer,
Ray
Andrea Rossi
July 28, 2016 at 10:01 AM

Dear Andrea Rossi,
During the one year test of the 1 MW E-Cat there were moments during which other persons but not you were in the plant ?
Thank you if you can answer,
Dustin

Your answer to me about your IP secrecy policy indicates that a change is necessary in the future to facilitate market introduction of your eCat..

LookMoo:
1- Enough
2- When we will have reached an economy scale that will make pointless the reverse engineering.
Warm Regards
A.R.

Good, but for me a bit late. For you?