JUL 21, 2016 THE MOTHER OF LENR REALITIES IS ALWAYS PREGNANT 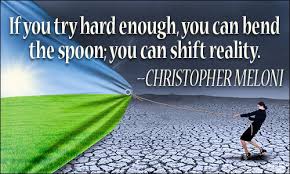 Humans live through their myths and only endure their realities. (Robert Anton Wilson)

We live in our fantasies and endure our realities. (Robert Anton Wilson)

We are actually living in a million parallel realities every single minute. (Marina Abramovic)

Reality has plural and it is well known that from the very start what is today LENR had more realities. One was muonic fusion then came  Fleischmann and Pons with
their electrolytic cell and demonstrated a reality that is still not acceptable for the majority of physicist because they know it cannot achieved on the direct way; they were unable to imagine alternative ways as those achieved in nano-structures - quantum effects or collective phenomena. Bigot physicists are living in a rigid and poor reality and are not willing to create alternative more encomprising realities.
No problem, it seems the LENR insiders also have searched for essentially simple realities they have still not studied and ergo not accepted what I call "The Six Pillars of LENR+"  Reality is what it is not what we say it has to be.

Then in 2011 came Rossi and a lot of things have changed. Rossi is not sharing the certainties he has built underway and this has made complications- only Rossi knows his reality. He has offered a  certainty with the 1MW/1year test but as we well know, IH is now, after the Trial has started denying this reality and ofering an alternative one- no excess heat, badly chosen instruments, flawed measurements, a miraculous flowmeter multiplicator- that increased readings 10 times for  a long year and 4 ERV reports.  A very different reality.

The reality is that after Rossi came in Jan 2011 LENR got attention as never before.
Was the field in a good state, fast progress, good achievements? Some technological process at the horizon? To be honest it was somewhere between hibernating and stagnant- interesting theories creating mini-realities  disconnected from the experimental reality.
The arrival of the Rossi series of tests was clearly good for the field including specific funding social acceptance I am speaking about the entire field including PdD cells  that have nothing to do with Rossi's methods. The other NiH line started by Piantelli immediately after  F & P was mainly marginalized. But, excuse me for repeating it, the field was stagnant and that's at least 30% euphemistic.

After the start of the Dispute connected to the systematic character assassination of Rossi a new reality of the 2011 and following times history was created.
In 2011 LENR was full of hopes and great promises, then a disaster happened
Rossi came and took all the funds for LENR for himself- a legend created mainly by Jed Rothwell. Andrea Rossi is  a cruel and selfish vampire sucking the blood of good LENR- not a healthy thing because the victim is suffering of a serious form of
pernicious anaemia. One of the many realities still in confrontation. Do you find it believeable?

Anyway IH is funding Rossi's competitors  based on the realities it has created. Playing the role of Bram Stoker.
Che sera, sera!

1) The opinion of an attorney, Rossi has not commented it.

Dr Andrea Rossi:
It appears to me that the Federal Judge of Miami has confirmed all the most important claims of your complaint and also confirmad that all the subjects you made against the complaint to ( Cherokee Partners Fund, Tom Darden, JT Vaughn ) have been confirmed in their role of defendants: I am an attorney and my opinion is that this decision is positive for your complaint.
Do you want to comment ?
Caren

"This must mean the ERV report supports Rossi’s claims and is accepted as ‘fact’ by the court. Perhaps IH must mount a convincing ‘challenge’ to the ERV report to survive. Reference: Case 1:16-cv-21199-CMA Document 24 Entered on FLSD Docket 07/19/2016 Page 5 of 25
Judge ALTONAGA quotes ERV reports in her ‘background’ summary.Thereafter, the Guaranteed Performance Test was commenced on February 19, 2015 under the supervision of the ERV. On March 29, 2016, the ERV published a final report, confirming the E-Cat Unit satisfied all the performance requirements imposed by the License Agreement, including the requirement the E-Cat Unit produce energy at least six times greater than the energy it consumed. Pursuant to the License Agreement, on March 29, 2016, Leonardo demanded payment of the remaining $89,000,000.00; yet, Defendants refused to make this payment."

4) What is Cold Fusion?
http://www.answerlib.org/tag/ffusion/

Understanding Attitudes Toward Nuclear Energy After the Fukushima Accident: Differences Between Asserted and Ambivalent Positions*
http://onlinelibrary.wiley.com/doi/10.1111/ssqu.12320/abstract;jsessionid=111B1A3DAE3BA7D600ABBE9A8E99CFEA.f03t03?userIsAuthenticated=false&deniedAccessCustomisedMessage=


Thinking inside the box: How our brain puts the world in order