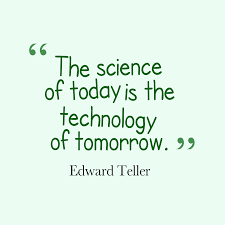 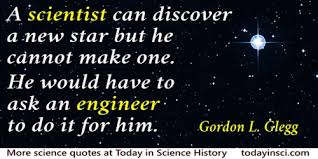 a) Facts of nature facts of technology

Edward Teller is right, however there are exceptions, even today when we a re so good in Theory and in theory- sometimes the Science of tomorrow is the Technology of the day before yesterday. The  Scientific Method is the standard and the Royal way to truth but both short-cits and obstacled ways (my antonym to shortcuts can happen. For example in classic Cold Fusion Nature barely whispers Her inaudible answers when asked about Her "fact"- so more drastic, inquisitorial- technological methods must be used. Warm baths give weak results, high temperature as in the case of this burning stake must be used to get usable energy see:
https://www.awesomestories.com/asset/view/The-Passion-of-Joan-of-Arc-Death-Scene
The task is to convert the fact in an energy source and the choice is between to do this without a complete theory and understanding sing principles and best practices  or to try incomplete but ambitious theories for a 3-4 generational eternity. Then even the youngest of my readers of today has zero chances to see a LENR device in practical use.
The alternative- and I think it is real is that the Rossi LENR systems, E-Cats already work well and this is a positive miracle in direct confrontation with a negative miracle, the intensity and passion with which it is denied by some groups of people

There is either a Cold Fusion nuclear reaction going on here, or there isn't. This phenomenon is either an objective fact of Nature -- or it is mere subjective Human foolishness.
So if this *is* an objective phenomenon, then our personal/political attitudes toward it are essentially irrelevant -- no matter the obstacles placed in the path of 'LENR' research, necessary or otherwise.

NO,  querido amigo Che,  Cold Fusion is not only a fact of nature, however it is the imperishable merit of the PdD system of Fleischmann-Pons to have been demonstrated that it is. But this fact of Nature must work for Humanity. A river is a Fact of Nature, a hydro central generating electric current is human creation a smart combination of more technologies.. Is aviation, transistors, genetic engineering and myriads of technologies, is your house, car, fridge, razor, shoes and so many other things that allow us a civilized life or simply minimalist survival as in North Korea- facts of Nature or Facts of Technology, human creations?

We have to support LENR technology, just now to save it the fury of the technology hunters-killers- destroyers. They are accusing it of witchcraft and want to burn it Really at the stake as it has happened with Joan D'Arc. However - our great luck-
it will not burn, it will generously generate Energy! It is not more vulnerable.

b) One opinion of Andrea Rossi's about Science and Technology

Science and Technology are two different things; technology is not necessarily bound to science; (Mankind invented the wheel and made carts without any scientific background of tribology) And science is not necessarily bound to technology (The research of the Higgs Boson will never have technological applications, due to the costs connected with the production cost of  a Higgs Boson)
'
and about th subject of the EGO OUT issue:

LENR is not a fact of Nature, otherwise Fleischmann and  Pons would not have the problems they had, Nature would have worked for them!

Dear Andrea, thanks for the support!

NOTE My recommendation is to start today your LENR study investigation with the
exchanges of ideas on Rossi's Journal of Nuclear Physics with Tom Conover, and other supporters. Interesting, cultural and rather peaceful.

2) In what field would you bet that fringe science is right and the mainstream is wrong?

4) From NewVortex of Abd ulRahman Lomax

On a LENR-Forum thread Abd has hinted that he- probably this site is immensely successful getting 1 million web-views - probably daily. More exact data are awaited from Abd.

Sent by Ron Wormus- thanks!
Thinking about Big Data — Part One of three)
http://www.cringely.com/2016/07/05/thinking-big-data-part-one/

What CEOs are reading
http://www.mckinsey.com/global-themes/leadership/what-ceos-are-reading?cid=other-eml-alt-mip-mck-oth-1607


Traditional vs Agile Project Management for Innovators
http://innovationexcellence.com/blog/2016/07/12/traditional-vs-agile-project-management-for-innovators/
Posted by Peter Gluck at 11:18 AM