It's always the fear of looking stupid that stops you from being awesome. (Kiera Cass) 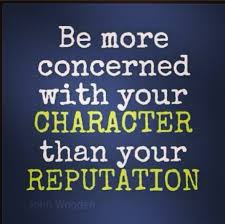 a) Edmund Storms' bright and creative IF answer re PdD

I agree, temperature is the most important variable that can cause the rate of LENR to change. This conclusion was not fully understood until recently.  I showed how temperature destabilizes the Rossi reactor in my book and then I measured the temperature effect once again using the PdD system, as described in a recent paper.

Now people are attempting to push the temperature limit using AlLiH4+Ni because this is what Rossi say works.  If the data obtained using PdD is extrapolated to 1400° C using the measured effect of temperature, amounts of power similar to the Rossi claim using Ni+H2 would be predicted.  Of course, such an extrapolation is not accurate, but it does make the point that huge power can be obtained at high temperature, all else being equal.

Even more distracting is that AlLiH4+Ni is NOT the mixture Rossi has used during the successful tests when water was boiled.  In fact, we have no idea what he used to make power during the 1MW  1 year test.  In addition, the AlLiH4+Ni mixture has never produced well documented power.  For example, IH says it made no power at all.

I agree, the electrolytic cell limits the temperature, but it also has been shown to produce excess power without any doubt. We do not have any proof that Ni+H2 makes energy other than the claims of Rossi and Piantelli.  We have only a few claims based on poor descriptions without any replication. The PdD work has been replicated hundreds of times and described in many peer reviewed papers.

Is it not better to base an explanation on good work repeated many times rather than on work having great doubt and confusion, such as Rossi has now offered?

LENR is real. That has been proven. We now need to take the well documented information and construct an explanation. Why not start with what we know for sure rather than using guesses and speculation?

If you were an explorer, would you go North knowing a mountain range blocked your way, or South because a person who had never traveled the route guessed this might be a good way to go?  Would you not take the route other explores had followed?  These are the kinds of decisions we are asked to evaluate. I suspect you would seek the best route based on logic and not guesses. That is what I'm trying to do.

When I read this, the words now in red started to shine- this can be a new start a new approach to LENR, e.g. let's imagine a line of research going much above the 650C used by Vitali Kirkinskii- a mixture having as basic recipe Pd powder and LiAl D4- in a Lugano-Parkhomov type ceramic cell going up to 1400C! How many possibilities new territories, understanding why Ni works with H and Pd with D- or at high temperatures this is not more true? Amazing opening of new ways, coming other metals higher temperatures will be Tungsten the peak? I have waited so many years for a vigorously working palladium based cell! Who will do the first experiments based on this supposition of Ed Storms? Extrapolate- to and in reality!

It is not more relevant that I do not like so much other ideas as - what I interpret as "if you have a mixture of good reliable data with data impaired by errors, doubt and confusion" then you have to use preferentially the good data for an explanation.
A great IF to this- if this is possible, if the reality isn't too complex and rich thus the good data cannot give a complete explanation, if the field is not composed by too many different sub-fields each having specific rules and laws. We will see!
Great thank you for extending LENR!

b) Abd ul Rahman Lomax  answers to my writings

It is very, very long diversified  and it would make the Goddess of Taxonomy (order, classification) to weep.
Abd is not making Executive Summaries for his essays- here is a very short one created by me:

The main problem with this opus is that it does not answer to what I wrote, it is a dispute with Sifferkoll. I have explained for many times that I make links to everything connected to LENR- I have not censored Gary Wright telling that my best and greatest contribution to LENR would be if I disappear. Sifferkoll is an LENR site & author o I make links to everything he writes. Abd has with this guilt by association procedure the behavior of an idea-contortionist.
It is my fault I have attacked Abd's fearless and faultless knight Jed unjustly., he says.  This is a kitschy approach, the knight has called the ERV an idiot, said I have the level of intelligence of a 6 or 2 years old, claims that you can use an instrument
if you know how to make it to amplify the readings, forces people to believe what he says without any proof - a man is his vocabulary, his methods, his style.

Sveinn Olafsson
Everything you always wanted to know about cold fusion, but were afraid to ask

For over the last 27 years cold fusion (LENR) has been a scientific enigma for small community of scientists, engineers and interested laymen (www.iscmns.org). It has been meet with scorn and indifference from established science fields. The field has stayed in the background due to very slow pace of scientific understanding and control mainly due to the total absence of top notch resources. Modest quantity of excess heat and signatures of nuclear transmutation and helium production have been confirmed in experiments and theoretical work has only resulted in a large flora of inadequate theoretical scenarios. A true experimental extraordinary evidence number one that indicates that something is not right is generation of low intensity of radioactivity when Hydrogen isotope enters an experimental setup. This simple observation in countless of experiments since 1989 with statistics way higher than the background signal, breaks any nuclear physics understanding. Still this relative simple science logic has not made any impression on the nuclear physics field causing it not to report home “Houston, we've had a problem here” and the “disaster” may now be upon the field. In this talk general introduction to fusion will first be given and then a brief account of experimental and theoretical history will be given. The later part of the talk will focus on the current state of research in Rydberg matter of Hydrogen that is showing strong signature of nuclear processes. Rydberg matter of Hydrogen is the only known state of matter that is able to bring huge collection of protons to so short distances and for so long time that tunneling becomes a reasonable process for making cold fusion or low energy nuclear reactions. Nuclear quantum entanglement can also become realistic process at theses conditions. An extensive cross-disciplinary effort of surface chemistry, catalysis, atomic physics, solid state physics, nuclear physics and quantum information is need to tackle the surprising experimental results that have so far been obtained. For an engineer there is an exciting era of new energy source looming in the far distance with opportunity to defer further global warming by replacing fossil fuel based energy sources and also creating in that way the new societal problem the energy glut.

!!! Here is a link to the complete presentation of Sveinn Olafsson:
https://drive.google.com/file/d/0B1_tFmz65k8BOE9iazZ1bW9LN0xFQXhKOFJ4bzgtNXNJeGtz/view?usp=sharing

My thanks to the Author!

4) Conclusion – It is US & EU Solar Power Industry vs. Leonardo Corp. ECAT

7) A discussion with some interesting ideas but rather negative  especially for Rossi
LENR is real:
http://www.talk-polywell.org/bb/viewtopic.php?f=10&p=126364

Of interest to every journalist or blogger, everywhere:
Truth is in danger as new techniques used to stop journalists covering the news
https://www.sciencedaily.com/releases/2016/07/160710212814.htm