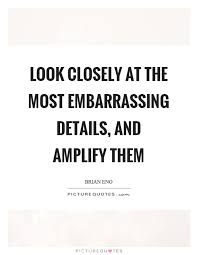 Technology is the science and art of finding the relevant details.

a) A dialogue with Edmund Storms about LENR essentials.

Thanks to Ed Storms for permission to show this on my blog! To be re-discussed on July 2, 2026, early morning!

Enough information about how LENR behaves is presently available to allow construction of a useful explanation.  This information is not being used because people trained in physics have the arrogant belief they can explain the process using conventional tools based on QM and by using other phenomenon commonly applied by physicists to explain other common behaviors.  Learning what actually happens when LENR occurs is too much trouble for them to undertake. In addition, application of chemical understanding to the process is ignored because this subject is outside their educational experience.  As result, we are distracted by a large collection of explanations having very little relationship to how LENR actually behaves or to the chemical environment that supports the process. People not trained in science or who have not bothered to master the literature about LENR are naturally at a loss to decide which explanation is correct. They get no help from physicists in the field because each has his own favorite theory and ignores or rejects all others.   Consequently, no progress is being made, as Jed notes.

The field desperately needs new fresh minds who are willing to learn and who have no loyalty to a theory. We need people who are willing to start with a fresh approach.  Learning what needs to be known is not easy because university training is not available and the literature requiring mastery is huge.  Unfortunately, people who might be able to make a contribution are working in well-paying jobs and are not available to study LENR.  Consequently, the field keeps wondering in the wilderness with no guidance, while fighting continues among its members about which path should be taken.

Ddo you completely reject the idea that the problem is simply not soluble in situ, hic et nunc, and LENR works manageably only at higher temperatures with fully degassed surfaces (as idea only)

As for your question,  I believe LENR is a new phenomenon that has been overlooked because focus has been on the use of high energy to initiate nuclear reactions. Conventional belief rejected the possibility that a chemical environment could have any effect on a nuclear process.  Now we are seeing many kinds of evidence, not just from LENR, that the chemical environment can host a nuclear reaction when a special condition is created.  The challenge is to create this special condition with reliability and in large concentration. I call this condition the NAE while the Alchemists called it the Philosopher's Stone.

The LENR process obviously works at low temperature. Its upper temperature limit is not known. Nevertheless, we know that increased temperature causes increased power. The studies following the Rossi claim have no ability to find this limit because they are not being done correctly nor is the required knowledge being applied.  Rossi obviously made the effect produce energy up to perhaps 200° C. His effort to go higher using the Ni+AlLiH4 mixture is based on nothing but wishful thinking.

I personally believe a single mechanism operates in a single NAE regardless of the material or the hydrogen isotopes being used. I believe this because I trust nature to use the most effective method to achieve any goal. The most effective method is by definition a single method.  In order to apply this method for energy production, we need to understand a single mechanism.  The search is made difficult because everyone is searching for a different mechanism, sometimes while even ignoring the required NAE.

As for using a degassed surface, this is obviously not a requirement. In fact, I believe this requirement was a distraction created on purpose to hinder effective competition.   Making the required NAE is the goal. Its creation clearly requires the presence of certain impurities in the material. Consequently, we are presented with a difficult materials science problem that is being explored by people who frequently have no skill in such studies.  I see no hope for success, except by chance as Rossi had experienced, until the required talent and tools are applied.

I hope Ed is right and I am wrong, it is about a difficult problem vs an intractable problem.

b) The twelve Labors of Jed Rothwell. First: fatal Flowmeter IS the fault!


My sources so real as the connection on which Andrea Rossi has sent to Jed the ERV report (now ~ complete?) say that Jed taking Hercules's 12 Labors  as model intends to make at least a dozen irrefutable demonstrations that the 1MW plant has not generated any excess heat. or, alternatively, was, is, and will be- impossible.
As here, listen to Jed:

"The tool both sides agreed would be an acceptable indicator to show 'substantiate' is the ERV report.
And that report shows no evidence for excess heat. Furthermore, any qualified expert witness who examines the report or the actual device will testify that the report is preposterous and the test configuration cannot produce a useful answer.
If the ERV report is entered as evidence, Rossi will lose."

As we were already informed the instruments were unsuitable and the measurements faulty, however the central piece in this story nd the champion of both scamming and self-deceit is the flowmeter- flawmeter, faultymeter; a really evil instrument was chosen- say the relaible source. See the specifications

It is obvious for any fool that THIS flowmeter indicates clearly total absence of excess heat!!!

Jed has a good memory (not for calendaristic data and chronology) , if he remembers it was an other type, obviously worse than the above shown- he is free to tell us the Manufacturer and
Type- otherwise ill-willed people will dare to suppose that he has no idea what a heck of flowmeter was used by the ERV.
we will be shocked for sure- but not for long.
Waiting for other similar killer proofs.


4) Will Ecat Data be Exposed in Court ? http://energycatalyzer3.com/rossi/court-date-set-for-rossi-vs-industrial-heat

How does Google “communicate”?
http://gerrymcgovern.com/new-thinking/how-does-google-%E2%80%9Ccommunicate%E2%80%9D
Posted by Peter Gluck at 11:04 AM