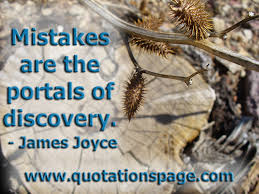 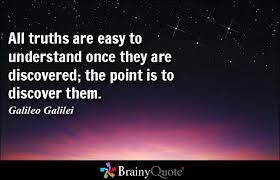 Therefore, the term "MISCOVERY" is actually a great compliment for the Fleischmann-Pons Cell.
And, therefore, the critical trick- miracle spice in the recipe of NiH LENR will seem, in retrospective, as the most natural choice-solution.

Not all discoveries are born equal; some are born prematurely, handicapped, underdeveloped, weaklings unable to ever grow up.

The vision of LENR's history by Ed Storms.

Two days ago, Edmund Storms has published a nice miniature- his first reaction to
the MFMP Announcement. Here it is:

" The LENR field is very strange indeed. Think about what has happened. A new and unique source of clean, cheap, and universal energy is discovered using PdD. This claim is immediately rejected in spite of the desperate need for such energy. Twenty-seven years of study in laboratories located in at least 12 countries support the original claims, yet rejection continues.

Then another discovery is made claiming to make energy using NiH. This claim is better accepted than the claim based on PdD because the generated power is greater even though the information provided by the discoverer is poor and not consistent with what is observed . Although the process is new and behaves like PdD, the power is considered to result from an entirely different mechanism.  In other words, two different "impossible" process are now claimed to produce energy.

Not only are all the claims rejected by conventional science, but agreement about the mechanism cannot be achieve even within the field itself.  (plus a few words about politics (US)  and generalized probletence)

This essay has impressed me- painfully and now I want to answer to it- openly, sincerely- a bit philosophically and culturally- it is about the destiny, the karma of Cold Fusion/LENR to which I belong too.

The LENR field is very strange indeed.
Actually, isn't it the strangest thing that has ever happened in Science? It has started as a potential huge success  than failed and became the Fiasco of the Century- but survived as kind of samizdat science in semi-darkness- and 5 years ago it has started to resurrect. Strangest...I instinctively turned to the Latin forms of superlatives - "stranissimo" and the plural brought to my memory on of the most beautiful and strange Italian songs I know about "stranissimi e profondi" fairy eyes:
Benjamino Gigli Occhi di Fata
https://www.youtube.com/watch?v=bkToLK-NH74   One of my favorites, I want to share it with my readers.

And, yes- LENR is indeed strange but it is also wonderfully beautiful, rich, interesting, surprising and I have the intuition of its strange but world-improving future- Infinite optimism for infinite energy.
However it would be  so fine if LENR could eventually understand the deep causes of its unusual strange past. For the time given this is quasi impossible due to some foundational myths and memes- with values of over 13 on the Mohs scale.

Edmund writes:
"A new and unique source of clean, cheap, and universal energy is discovered using PdD."
Let's try together to forget what we think we know for sure and re-think it realistically?
Source, yes, but why "unique"? Isn't this too much forward looking? Who is able to predict that no other source more or less similar will be discovered? And was it- inside its cradle- a SOURCE, a genuine source of energy? Or was it more the foreshadow of a dream of an real energy source? Few harbinger sparks of a Fire that needs a proper stove or fireplace to show its full power? WHAT EXACTLY WAS DISCOVERED BY FLEISCHMANN AND PONS?
Then: "This claim is immediately rejected in spite of the desperate need for such energy."
Does this mean the idea was assassinated in its cradle and the researchers , including the founders, had no chances to prove they are right, lacking funds, palladium whatever ? No, the effect was real- however weak, sporadic, evanescent- intensification and scale-up were NOT possible. Why we are accepting that as long as it is confined to the  F&P Cell excess heat is inherently limited due to too low temperatures and blocked working surfaces (active sites)

The story of the first discovery has continued up to today:
"Twenty-seven years of study in laboratories located in at least 12 countries support the original claims, yet rejection continues."
What was actually confirmed? The original results, not the original claims or promises of an energy source. It is difficult to speak about improvements in reproducibility, scale-up is not a subject , excess power level remains <10 W. Total desolation for a technologist. But it is worse
LENR-ist take seriously- as discusssion partner an arch-enemy as Kirk Shanahan who tries to show that what we consider excess heat due to some (strange or stranger nuclear reactions) can be explained by secondary, normal chemical and physical phenomena:see this long thread:
https://www.lenr-forum.com/forum/index.php/Thread/2746-Split-Reconsidering-F-P-with-CCS/?postID=13868#post13868
39 pages, mamma mia! It is about the basics, including the sacrest PdD calorimetry data!!!
I did not imagine such horrible thing is still possible in 2016.

Ed's story, second part.
Then another discovery is made claiming to make energy using NiH. This claim is better accepted than the claim based on PdD because the generated power is greater even though the information provided by the discoverer is poor and not consistent with what is observed .

Actually NiH dry (working at higher temperatures) was also discovered in
1989 by Francesco Piantelli - a classic scientist and had a slow development- mainly in isolation being ignored "in house" too- actually oppressed- for some strange reasons (in Palladium veritas!) and because Piantelli  does not accepted the dominant - in Italy- Preparata Theory of CF. Anyway he has obtained some amazing results- cells functioning for months without feeding with hydrogen. Due to IP reasons we cannot know when these results will go toward industrialization.
Then came Rossi, an outsider...
Although the process is new and behaves like PdD, the power is considered to result from an entirely different mechanism.  In other words, two different "impossible" process are now claimed to produce energy.
Why is the process (NiH) behaving like PdD? It is different as range of parameters, works with hydrogen but not with deuterium, cannot lead to
Helium as direct reaction product. And we do not speak about one NIH
process- Piantelli and Rossi have different processes and do not forget Defkalion- this was also different. (we will not include here Brillouin for ths analysis.)  All these have much more possibilities and means to make the impossible possible, temperatures up to the melting point of Ni, active forms of Hydrogen, generation of active sites- a larger world than in a cool electrolysis cell. Actionable parameters see as an example the recent MFMP recipe- still open to improvements.
Just now the situation is becoming very simple. Andrea Rossi claims he had tested an 1MW plant for one year and the Report of an authorized experts will answer clearly: the plant has produced massive (GWatthours) of excess energy - or not. End of a story and possibly start of a Story of a new energy Era.

Ed's ending phrase
Not only are all the claims rejected by conventional science, but agreement about the mechanism cannot be achieved even within the field itself.

If LENR goes commercial that is is converted to LENR+ than conventional science will help it to find explanations that will later be called conventional. There are probably more variants of the processes at work and agreements must refer to solving the problems not about imposing one mechanism as standard and dominant.
PdD is more static than NiH working at high temperatures.
Is it so humiliating to accept that PdD is not made for technology and D vs H is leading to deep changes?

Koen Vandewalle:
I am not just an inventor; I am also the guy which will industrialize the E-Cats. As a matter of fact I have right now finisged my meeting with ABB that will realize the robotized production line. And pretty advanced with it.
As I said, the best defense of our intellectual property will be the speed and the economy scale with which we will produce the E-Cats.
F9.
Warm Regards,
A.R.Andrea Rossi
February 25, 2016 at 7:40 PM

Frank Acland:
No, if the results of the test made on the 1 MW plant and the R&D on course on the E-Cat X will be positive, we will make a massive aggression of the market, to bar the action of our competitors, that are “massively” waiting for our product to copy it. Our defense will be an offense based on the legal protection of the IP against the competitors and on the competitivity that will make very difficult for them to enter in the business. We are years ahead of them, in any sense, as far as I know from the intelligence we have collected. It will be extremely difficult to compete against us for our competitors, as big as their names might be. Much cheaper to find an agreement with us.
This is the strategy, in a nutshell.
Warm Regards,
A.R.

Caro Dr Rossi:
Do all these replications of the Rossi Effect infringe your US Patent?
Valerio
Andrea Rossi
February 25, 2016 at 7:33 PM

Valerio Pensabene:
Laboratory replication for scientific purposes are not patent infringements and I am delighted to read about them. Only if it is put in commerce an apparatus, that copies one or more of the claims of our patents, our attorneys will immediately file a suit.
Warm Regards,
A.R.

6) In Russian
Rossi has finished the 1MW plant test and is ready to produce 10 kW reactors :
https://www.youtube.com/watch?v=CN-PBUAVVS0