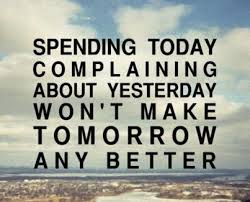 I found this Motto searching for "missing links" and I am using it because it is encouraging.

After 27 years of history, the LENR chain is almost complete, just two links are still completely missing:
- the first, between PdD and NiH LENRs;
- the second, between low intensity excess heat release LENR and the enhanced
excess heat LENR+

Sveinn Olafsson
(Faculty of Physical Sciences, University of Iceland, Reykjavik, Iceland)
Leif Holmlid
(Atmospheric Science, Department of Chemistry and Molecular Biology, University of Gothenburg, SE-412 96 Goteborg, Sweden)
For over the last 26 years the science of cold fusion/LENR has been researched around the world with slow pace of progress. Modest quantity of excess heat and signatures of nuclear transmutation and helium production have been confirmed in experiments and theoretical work has only resulted in a large flora of inadequate theoretical scenarios. Here we review current state of research in Rydberg matter of Hydrogen that is showing strong signature of nuclear processes. In the presentation experimental behavior of Rydberg matter of hydrogen is described. An extensive collaboration effort of surface physics, catalysis, atomic physics, solid state physics, nuclear physics and quantum information is need to tackle the surprising experimental results that have so far been obtained. Rydberg matter of Hydrogen is the only known state of matter that is able to bring huge collection of protons to so short distances and for so long time that tunneling becomes a reasonable process for making low energy nuclear reactions. Nuclear quantum entanglement can also become realistic process at theses conditions.

6) The generator has worked for almost one year- in Polish

8) A comment by Brian Ahern;
I think it is worth noting the lack of LENR discussion. We are all waiting with bated breath for the Rossi report that will never come.
9) Two remarkable opinions about the 1MW plant report- taken from Vortex;

I think this report is odd because --

2. If someone was testing a machine for a whole year, they would be writing the report during that time and it would be ready as soon as the test ends. I do not see why it would take a month. Perhaps I am missing something. Perhaps I am thinking of how long it takes to prepare a manual for a new commercial product. (The manual better be ready when production begins, or you should fire your tech writer.)

The Lugano report took a long time to write. As I recall they did not finish writing it until long after the test ended. That was symptomatic of their problems. I mean that the test was poorly done, and the report was poorly written, and both took far too long.

The report is the sole responsibility of the nuclear engineering expert. There is nothing in the nuclear business that is done quickly and it is always hugely overpriced and way behind schedule.  That is the nuclear culture, the prima donnas of engineering.