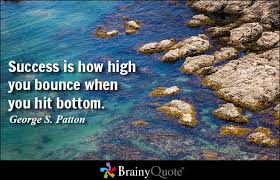 Successful businesses are shared realities (Gapingvoid)
LENR must be so too!
DAILY NOTES

a) I am grateful for this comment of Greg Goble
https://www.lenr-forum.com/forum/index.php/Thread/2806-Peter-Gluck-interviews-LENR-Cities-CEO-an-European-initiative/?postID=14322#post14322

The transmutation of nuclear waste to benign elements while providing high process steam to the turbines, on site at nuclear power plants worldwide, will accomplish three important things: eliminate nuclear waste, slow or end the mining and refining of nuclear fuel, and most importantly, it will keep the nuclear power industry solvent with monies for eventual decommissioning. Thank you for bringing this further forward, if I can help let me know. The only think tank report I've found mentioning LENR is from 2011, "Building the Bridge to an Energy Secure Future: Energy Policies for the 21st Century" out of Austin Texas; Lawrence Forsley, of JWK, GEC and the GeNie Reactor is in the same university. They might have resources to collaborate with.

Energy density of LENR equates to LENR economic density as well. The nearly unimaginable savings go beyond that, creating an economic imperative as never seen before. An example is the monies being spent, by think tanks, non-profits, universities, nations, international organizations and more, on programs that address carbon energy security, use and pollution. Every such organization will assess the value of these programs in light of LENR energy and redirect resources accordingly. Imagine those monies, and many more, flooding into LENR transition, saving monies that would otherwise be wasted, fullfilling an economic imperative. LENR transition creates the ultimate reasons for a fully collaborative approach.

b) "The rest is engineering" is analogous to : "A baby is born...The rest is life"

c) It is still a wave of interest and sympathy for the MFMP achievement; a wave definitely not a tsunami- conventional Press is not implied. Relation of excess heat and radiations intensely discussed on all friendly forums, however the target is LENR+ like massive heat excess.
Not much can be anticipated for the next month's Event when the ERV, IH, the mystery Customer and Rossi will (more precisely- have to) announce the results of the 350 days test.
The ERV has a historical responsibility.

The true marker of replicating the Rossi Effect, in my opinion, is massive excess heat. What the MFMP claims to have achieved is a very low thermal COP, but the detection of X-Rays (soft gamma), the vast majority of which was below 100keV. Bob Greenyer thinks that most of the gamma produced by their reactor was not thermalized, due to not having a thick enough layer of material to fully attenuate the emissions. He has proposed that their setup, if shielded with lead or even 1mm of Tungsten, could have produced vastly more excess heat.

However, I’m unsure if his conjecture is completely accurate, due to the fact you recently stated that proton-lithium reactions (producing high energy alpha particles) is the main source of power in the E-Cat. If heat production is dependent on gamma rays being thermalized, could they be a secondary product resulting from Alpha particles inducing nuclear reactions with other elements?
Sincerely,
Hank

Hank Mills:
The replication of the MFMP is very interesting. For what you say, I am not able to answer.
Warm Regards,
A.R.