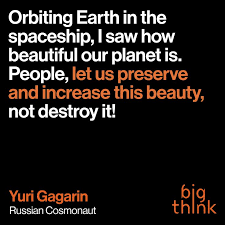 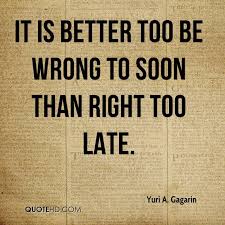 LENR technology is a a means     A quotation with a typo- is fine!
for this- support it!

56 years ago Yuri Gagarin made his historical first space flight, that despite any political implications remains a triumphal event for Humanity.
In the same day I made a long trip by train returning in my native town Timisoara
in order to start my career at the Polytechnic as kind of research assistant with the mission to promote and advance the introduction of plastics in the  Romanian building industry.
Seven years later Gagarin died in a MIG crash
Seven months later I was already working in a macaroni fabric in 3 shifts, because
I was excluded from the Polytechnic due to bad social origin - aggravating factor being that I was unable to replace more than 20% in weight of sand in mortars
with flying ash and I have explained to the Professor with documents why this is so, scientifically- technically forgetting he was omniscient.. The Party wanted to find a use for the fly ash and has asked 50% of the sand replaced. OK, old times, nasty times but at least later i have worked and lived in (relatively) interesting places in our- now deceased, Chemical Industry.
Looking back I think that a typical university hierarchy climbing career was not made for me. I am not looking back in anger- no I enjoyed my tasks and problems and I met Cold Fusion as soon it appeared and i will follow it till I will disappear.

2) Think of the Jury

5) Presentation in Russian of the Gullstrom-Rossi paper


1) A.M. Savchenko: To the problem of symmetry of matter and ant-matter

2) The Science of Problem-Solving
https://blogs.scientificamerican.com/guest-blog/the-science-of-problem-solving/

3) Study Reveals That a Strange Force Is Affecting the Quantum World
https://futurism.com/study-reveals-that-a-strange-force-is-affecting-the-quantum-world/
The Casimir  Effect

4) Tanmay Vora is one of my favorite management authors
Sketchnotes: My Interview in a French Book
http://qaspire.com/2017/04/12/sketchnotes-my-interview-in-a-french-book/?utm_source=feedburner&utm_medium=email&utm_campaign=Feed%3A+Qaspire+%28QAspire%29

5) The Stage Where Most Innovation Projects Fail
https://hbr.org/2017/04/the-stage-where-most-innovation-projects-fail
Posted by Peter Gluck at 11:47 AM