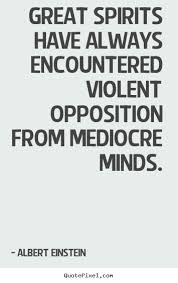 Inspired by ALAN SMITH who will speak about "Why Scientists Oppose Cold Fusion"
at a conference at April, 30 invited by Prof. Huw Price
Event already announced by this blog

Alan, this is a good question that needs a straight answer. New ideas are always rejected initially. Normally, this rejection is half-hearted and short-lived. In the case of cold fusion, the rejection was clearly orchestrated and has been sustained.

To understand this strong opposition, we need to consider how the energy resulting from cold fusion would threaten and destabilize the world-wide energy economies.  This economic system is so large and so connected with the economic  life of nations that the threat had to be fought.  In other words, the response is based on self-interest and not on the difficulty in understanding the phenomenon.  The people in charge know full well that given enough resources, science will eventually master LENR. This success would clearly result in economic chaos.  That threat has not changed.

Evidence for this conclusion can be found when the nations and industries that are now investigating this energy source are examined.  The two countries desperately in need of clean energy, Japan and China, have major programs and the companies developing megacomputer servers are interested. These countries and industries are interested because they have a self-interest that over rides the potential threat.  I predict success by these efforts will force the rest of the countries and companies to develop the energy source as a means of self defense.   In other words, rejection has put off the day of reckoning but it has not eliminated the problem. Therefore, the threat needs to be understood and solved because this energy will eventually be available on a commercial scale.  Unless introduction of this energy into the system is done in an effective way, chaos will surely result.  The energy industry needs to figure out how to prevent this chaos rather than reject the idea because rejection is no longer working.

Meanwhile, the phenomenon is a challenge to understand in the context of conventional nuclear interaction.  This challenge is attracting young minds who will eventually discover how LENR works.  This process is being accelerated by the increasing amount of information that is easily available on the web. The conventional journals no longer have the power to control information.   In fact, LENR is part of the revolution in understanding that is now underway on the web involving many unconventional ideas.

So the message is; change is underway, either adapt or die.

Thanks, dear Ed- the readers had missing you!

Nice question; and see the answers:
Why is cold fusion bullshit?
https://www.reddit.com/r/askscience/comments/66y3xd/why_is_cold_fusion_bullshit/

Download Cold Fusion: The Making Of A Scientific Controversy
http://demo.smartaddons.com/templates/joomla3/sj-expo/?option=com_k2&view=itemlist&task=user&id=855731.html

I am returning to your blog after a year and half and am curious to know how far down is the commercialization of your ECAT technology for the average user – what is the schedule? Is it 5 years? Or 10 years down the line? When do you foresee ECAT changing the energy landscape and markets of the world? Is it accurate to surmise that 2023 would be that commercial breakthrough year when electricity prices would become super inexpensive by virtue of your ECAT technology? (have been following the ecat story since the beginning in 2011 when you made a demonstration and have been hopeful ever since of the massive imminent positive impact on the world)

Joya Del Sol:
Welcome back.
I think the timeframe of the massive production of the E-Cats will be shorter.
Warm Regards,
A.R.
Gerard McEk
April 23, 2017 at 7:12 AM

Dear Andrea,
It is interesting to see that you support science and asked your readers to pay attention, the more because the majority of science seems to ignore and reject LENR. Many of your followers blame these ignoring and rejecting scientists. They should embrace LENR because of the hundreds of peer reviewed reports that show that nuclear reactions are taking place in metal lattices. Clearly the existing theories do not sufficiently support the fact that LENR can take place at low stimulation energies and without the expected radiation, but that should not be a reason to reject LENR. In fact it is unscientific to ignor these hundreds of LENR reports. You studied science philosophy, I believe. Can you tell us what is wrong with science, why science behaves so unscientific from your perspective?
Thank you and kind regards, Gerard
Andrea Rossi
April 23, 2017 at 7:42 AM

Gerard McEk:
It is not true that the scientific community refuses LENR.
See the work of the scientists that performed or directed or organized and found the funds for the the Lugano report: Sven Kullander was the Chairman of the Swedish Royal Academy of Science, to cite one, all of them are Prof of Physics in universities among the most credited in Europe, all of them worked in CERN of Geneva, Prof Focardi and Prof Bo Hoistad did direct important groups inside the CERN. Nobel Prize laureate Brian Josephson is positively oriented toward LENR and I could add hundreds of prestigious names of scientists (mainly physicists and nuclear engineers) that sustain LENR. Nasa has published positive orientation toward LENR.
On the other side of the playground, it is normal that in the scientific fields there are contrasts. Think to the Relativity theory: at its beginning it was considered a veritable clownerie from many top level physicists. I think the work of my Team has given a strong push to the fact that LENR turned considered worth of strong attention, because we have been fires to produce real energy and our E-Cat is not a theoretical issue, but a product, albeit not yes massively diffused, but in the verge to be so. Nissan has replicated the effect described in my patent, I am aware of another replication on course funded by another industrial giant, one of the biggest industrial concerns of the world, Lockheed Martin has started an R&D adjacent to our field, Bill Gates has funded R&D in LENR field, etc. Obviously our products will reduce the scepticism to the edge, as it happened to the Relativity after the use we make of it anytime we make a phone call with out cell.
Warm Regards,
A.R.


1) Finding order and structure in the atomic chaos where materials meet
https://www.sciencedaily.com/releases/2017/04/170420132338.htm
Date:April 20, 2017
Source:North Carolina State University
Summary:
Materials science researchers have developed a model that can account for irregularities in how atoms arrange themselves at the so-called 'grain boundaries' -- the interface where two materials meet. By describing the packing of atoms at these interfaces, the tool can be used to help researchers determine how grain boundaries affect the properties of metal alloys and other materials.
2) Elon Musk wants to enhance us as superhuman cyborgs to deal with superintelligent AI
http://www.kurzweilai.net/elon-musk-wants-to-enhance-us-as-superhuman-cyborgs-to-deal-with-superintelligent-ai?utm_source=KurzweilAI+Daily+Newsletter&utm_campaign=6ef575aeac-UA-946742-1&utm_medium=email&utm_term=0_6de721fb33-6ef575aeac-282029005

3) Why We Must Change Our Mental Models from Hierarchies to Networks
by Greg Satell
http://innovationexcellence.com/blog/2017/04/20/why-we-must-change-our-mental-models-from-hierarchies-to-networks/