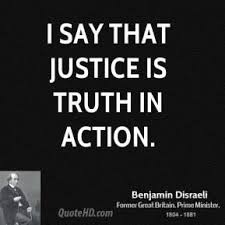 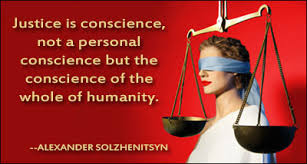 a) What has put Andrea Rossi  and what the IH party in the scales of Justitia?

A year of litigation- the scales of Justitia have  great loads of stuff- facts and assumptions. Facts have weight the assumption not- just now a selection/separation process takes place. 4-5 months and we will have the Verdict.
For the time given, the IH party is making huge efforts to kill the Penon ERV Report.
They want: "Fiat Justitia, pereat technologia!"

Historical analogies are convoluted, subtle and contradictory;history does unpredictable things- repeats itself, rhymes but also disonates Today see LENR inspiration- I got a very interesting paper about the Wright Brothers - personalities
that appear in many Cold Fusion metaphors. Now we see that they have focused on patent litigation and have lost their great competitive advantage in the developing of airplanes. The RvD litigation is surely not beneficial for the LENR technology, but
Andrea Rossi is focusing on progress and is developing a new species of his generators.
The paper  about the Wright Brothers has a fragment strikingly similar to the style and modus operandi of Rossi's enemies.
Re the Wight Brothers: "Their lack of moderation was equally self-­defeating. Wilbur and Orville thought anyone who did not see things their way was either ignorant or duplicitous; anyone who overtly dis­agreed with them was either a liar or a cheat."
LENR MONITOR

4) Cold fusion. When the system doesn't want you independent and autonomous

Dr Andrea Rossi,
New important replications have been made by Dr Parkhomov, are you aware of them?

According to Ing. Michelangelo de Meo this is the official website-channel of Professor Alexandr Parkhomov
https://www.youtube.com/channel/UCMvQyFS0kkIvIteH0DO43yg
MORE INFORMATION ABOUT PARKHOMOV ON JONP TODAY!

Dr Andrea Rossi:
1- was JMC directed by you?
2- did IH- Darden know who was the director of JMP?
3- was the owner of JMC directly or indirectly a relative of yours?
4- did IH- Darden ever complain about the owner or the director of JMP before or during the performance test?
5- did you ever say or write that JMP was owned by Johnson Matthey?
6- did ever Darden-IH ask you who was the owner of JMP during the validation test?
7- did Darden use JMP for his promotion, knowing who was the director of it?
8- why Darden-IH have not been able to enter in the JMP area where the plant of JMP was installed?
Since these issues have been already disclosed in the documents published by the Court, can you answer?
Regards,
Mark
Andrea Rossi
April 4, 2017 at 1:37 PM

Mark:
Evidence in documents speaks for itself and says:
1- yes
2- yes, since 2014
3- no
4- never
5- never
6- never
7- yes, he demanded Jim Bass to give good reference to his investors
8- because the agreement between JMP and IH vetoed to IH to enter the area of JMP and vice versa
Warm Regards,
A.R.
5) In Russian
The expert report of Fzbio Penon about the test of the Andrea Rossi's plant
Отчет эксперта Ф.Пенона о годичных испытаниях установки Андреа Росси
http://www.proatom.ru/modules.php?name=News&file=article&sid=7404