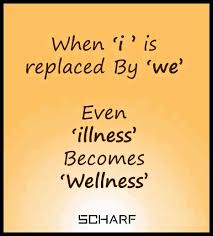 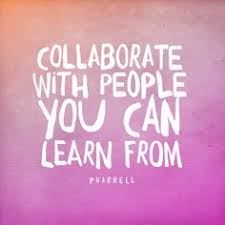 The slogan that resonated with the coffein from my black coffee this morning is: "collaborative problem solving"  It is true LENR is not united, however we all remember fine examples of collaboration the first ones coming in my mind being Energetics -ENEA in PdD (that produced the miracle cathode 64) and MFMP now.
you are free to add to this list. Reality has to do the same
But what about the future? The spirit of collaboration has to conquer our field.
I want to give a positive example:
Who wants to collaborate with me, starting discussions about my ideas re LENR ideology and strategy--- for a new Research Project? .

1) You can read now Marc Ellenbroek's LENR presentation in English!

5) Video: ‘Demonstration Experiment on the Transformation of the Radioactive Isotope Cesium-137 into Stable Barium.’

6) Andrea Rossi on his JONP, about progress with his Quark X

Dr Rossi:
I am very pleased that the QuarkX is doing well.
I’m sure there were a few minor problems in the last six months. Could you tell the number of problems?
Andrea Rossi
November 21, 2016 at 8:10 PM

Rosenbur:
Thank you for your comment.
We had many problems to resolve:
– start and stop the reaction in seconds: done
– harness the overheating caused by the very high temperature: done
– producing direct current: done, even if its use remains confined inside the reactor increasing the heat
– producing a high COP: done
– make it in a way to consent an easy passage to the industrialization in big series: done
– make a very long and uninterrupted operation to collect Sigma5: on course in one of our labs
– make sophisticated measurements: on course
Warm Regards,
A.R.


7) The Infusion Institute Inc.has a new website
http://coldfusioncommunity.net/hello-world/#comment-26
It says "supporting low energy nuclear reaction research', a lofty mission, which will be interspersed with commentary on the Rossi-Darden trial. (now it is pro Darden-IH)


A REMARK OF AXIL (hyperbolizing, but essentially true and in contrast ith my editorial)

The developers of LENR are a jealous and malevolent crew. They hate each other with a passion. They try to put each other out of business, pick over the rotting bones of the weak and bankrupted victims and try to steal each other’s methods from the survivors. Most LENR developers have gone dark to protect themselves. Some LENR developers have gotten their lawyers to issue cease and desist orders warning of impending judicial enforcement of their Intellectual property on anybody who even attempts to replicate their work; others protect their Intellectual property with lawsuits. Currently, there are millions of dollars being spent on lawyers, court cases and propagandists to professionally slander and discredit the competition. LENR is where angels fear to tread. The past is preamble to this sad state of affairs. Remember what happened to Edison and Tesla at the hands of big money. LENR is not a game for the faint of heart or the pure and tender angles of science. LENR is like a prize fight where blood and teeth spray from the ring, but it’s fun for those who like that sort of show.
LENR IN CONTEXT-1

New clues emerge in 30-year-old superconductor mystery
https://www.sciencedaily.com/releases/2016/11/161121174027.htm
Date:November 21, 2016
Source:California Institute of TechnologySummary:One of the greatest mysteries of experimental physics is how so-called high-temperature superconducting materials work. Despite their name, high-temperature superconductors operate at chilly temperatures less than minus 135 degrees Celsius. They can be used to make superefficient power cables, medical MRIs, particle accelerators, and other devices. Cracking the mystery of how these materials work could lead to superconducting devices that operate at room temperatures, and could revolutionize electrical devices.
(you can read the paper)

How To Adopt A Collaborative Problem-Solving Approach Through 'Yes, And' Thinkinghttp://www.forbes.com/sites/forbescoachescouncil/2016/11/21/how-to-adopt-a-collaborative-problem-solving-approach-through-yes-and-thinking/#6cabc9da2456
Posted by Peter Gluck at 11:10 AM