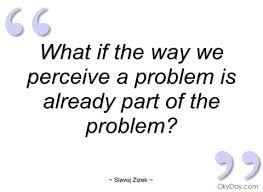 I think that the task of philosophy is not to provide answers, but to show how the way we perceive a problem can be itself part of a problem.

Words are never "only words"; they matter because they define the contours of what we can do.

Our struggle is not against actual corrupt individuals, but against those in power in general, against their authority, against the global order and the ideological mystification which sustains it.”Beyond the fiction of reality, there is the reality of the fiction.

I have chosen quotes by Slavoj Zizek because he thinks differently.
Today some news, it happens a lot about LENR's hyper-chemical cousin, the hydrino energy.
DAILY NEWS

1) From the Miami Court Pacermonitor:

Dawning of the SunCell ® Part 1 of a Series Investigating the Work of Randell Mills Ed Wall
http://www.infinite-energy.com/iemagazine/issue130/WallIE130.pdf

The author, Ed Wall former collaborator of Gene Mallove is a dear lost and found now friend of mine!


Randell Mills and the Search for Hydrino Energy by Brett Holverstotthttp://www.solopassion.com/node/10307

Doug Marker has also discovered this 1999 note about Randy Mills

The John Galt of Quantum Mechanics?by Luke Setzer
(First published on TDO December 1, 1999)
QUOTE:  >>According to Mills, "The central feature of this theory is that all particles (atomic-size and macroscopic particles) obey the same physical laws." Ray Conley (who calls the Mills book "the twentieth century version of Newton's Principia") elaborates: "The work is based on one new, yet fundamental insight—when Schrödinger developed the wave equation for the electron he made a broad assumption for the fourth boundary condition required to solve the problem. Randell Mills replaced this broad assumption with an exact boundary condition derived from Maxwell's Equations. As a result, the Mills solution is far more exact than the traditional quantum model. This new model enabled Mills to develop profound insights into the fundamental structure of matter."


A Dangerous Lack of Empathy Prevailshttps://www.linkedin.com/pulse/dangerous-lack-empathy-prevails-bruce-kasanoff?trk=eml-b2_content_ecosystem_digest-recommended_articles-237-null&midToken=AQH1IEzg8NsNvQ&fromEmail=fromEmail&ut=0IfPQ_fXfKenw1