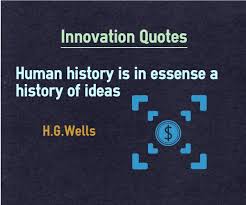 For me, strategy comprises no compromises with Evil...

Writing the history of LENR....

The essence about the 1MW/1year Plant

The Romanian proverb :"Unde dai si unde crapa" tells actually about when hitting a wood with an axe in a place it splits in an other place.  English equivalents could be "Barking at the wrong tree" or ' Bringing a knife to a gunfight" - anyway all speak about something unexpectedly inadequate. This has happened to me with my editorial of yesterday about the remarkable shoddiness of the 27 Exhibits of IH-
their unfitness for use, lack of order, unprofessional character, disorganisations, bantam-weightness as proofs in the Trial.
As a rather rational human being, I have expected natural reaction from the IH supporters- a wave of indignation and systematic campaign of contradicting me, fair and documented demonstration of the high virtues of those Exhibits- showing that I am in deep error, unable to appreciate value and effectiveness.
But surprise... instead this , I got a lot of information about my own person, not all very positive as I am:
- not humble or kind, (I told that I am not humble);
- a pain in the butt and was so for the last 21 years
- egotistical, and a damned ingrate.
- a disgrace to engineering.
- displaying classic dysfunctional responses
- my world was turned up by the truly devastating (which?) evidence - probably against excess heat in the E-Cats,
I also have completely ruined my reputation at CMNS (but I still can hope to regain
a part if if joining the Good Party and moving from the Rossi Planet.)
Suddenly I have understood that my next job application is in great peril! No decent company will hire me, alas!

Except an increasingly pathological support for the myth of half full pipes , nothing relevant and GOOD about the Exhibits.

These people say Rossi is lying. It is put too simple- if Rossi is lying., then necessarily there was a truth and Rossi says something different. But we need to know the truth- the essence of the 1MW1year experience.
I hope that for this analysis we could agree that
a) the Plant was real,
b)  the Plant has worked or successfully mimicked working (no complains were recorded except messages  to my opponent);
c) the basic document of the action- the ERV Report is not known outside the Parties
d) Only the Rossi Leonardo party knows how the produced energy was consumed, the Darden - Industrial Heat Party denies that any excess energy was ever produced in the Plant
e) the analysis must be logically consistent i.e. what has happened in the Plant must match what has happened at the Customer- in harmony
The story of Rossi-Leonardo was told starting Feb 2015 to Feb 2016
The NEW story of Darden-Industrial Heat was told starting with the start of the trial and is a retro story discovering the past,

Rossi Leonardo  Corp. says;
1MW was produced in the plant for 352 days, COP>50, parameters in the ERV Report
and consumed by the Customer by methods to be revealed in time to the Court not in the Forumosphere. Excess heat , massive yes, technical and maintenance problems yes- but solved in time. Task accomplished, contract respected, payment denied by IH and Co.- ergo trial started.

What do you, IH supporters say? What has happened during the 352 of the Test.
When and how it was revealed  what happened?  Please try to be logically consistent and if you contradict the story of above, give proofs, not suppositions. OK?
Try to think as Homo faber, not as Homo blah-blahensis!

1) Catalytic mechanism of LENR in quasicrystals based on localized anharmonic vibrations and phasons
https://arxiv.org/ftp/arxiv/papers/1609/1609.06625.pdf
# Volodymyr Dubinko 1 , Denis Laptev 2 ,Klee Irwin 3 ,
1 NSC “Kharkov Institute of Physics and Technology”, Ukraine
2 B. Verkin Institute for Low Temperature Physics and Engineering, Ukraine 3Quantum Gravity Research, Los Angeles, USA
E-mail: vdubinko@hotmail.com
Abstract
Quasicrystals (QCs) are a novel form of matter, which are neither crystalline nor amorphous. Among many surprising properties of QCs is their high catalytic activity. We propose a mechanism explaining this peculiarity based on unusual dynamics of atoms at special sites in QCs, namely, localized anharmonic vibrations (LAVs) and phasons. In the former case, one deals with a large amplitude (~ fractions of an angstrom) time-periodic oscillations of a small group of atoms around their stable positions in the lattice, known also as discrete breathers, which can be excited in regular crystals as well as in QCs. On the other hand, phasons are a specific property of QCs, which are represented by very large amplitude (~angstrom) oscillations of atoms between two quasi-stable positions determined by the geometry of a QC. Large amplitude atomic motion in LAVs and phasons results in time-periodic driving of adjacent potential wells occupied by hydrogen ions (protons or deuterons) in case of hydrogenated QCs. This driving may result in the increase of amplitude and energy of zero-point vibrations (ZPV). Based on that, we demonstrate a drastic increase of the D-D or D-H fusion rate with increasing number of modulation periods evaluated in the framework of Schwinger model, which takes into account suppression of the Coulomb barrier due to lattice vibrations. In this context, we present numerical solution of Schrodinger equation for a particle in a non-stationary double well potential, which is driven time-periodically imitating the action of a LAV or phason. We show that the rate of tunneling of the particle through the potential barrier separating the wells is enhanced drastically by the driving, and it increases strongly with increasing amplitude of the driving. These results support the concept of nuclear catalysis in QCs that can take place at special sites provided by their inherent topology. Experimental verification of this hypothesis can open the new ways towards engineering of nuclear active environment based on the QC catalytic properties.


5) Video from Andrei Petrovich from Zaporozhe

7) Actually this is the Introduction to the Hungarian language interview made by Zoltan Rausch with the researcher Lakatos Erno:
Bevezetés a LENR-be - előzetes
https://www.youtube.com/watch?v=5c-DB-PlmeM

1 – Are the micro-cavities produced during the baking and processing of your fuel visible with an optical microscope or is a SEM required?

3 – Have you detected the presence of alpha particles (or helium atoms after losing their kinetic energy) inside or being emitted from a Quark?

4 – What is the most unexpected event you have ever observed or detected while monitoring an active Quark?

5 – Will you ever show us a zoomed in image of a micro-cavity or “reaction site” in a future paper written by yourself or with another author (such as Dr. Cook)?

6 – Do you feel that hydrogen/lithium is the most optimum fuel for an LERN system in terms of MeV released per reaction and lack of harmful or ionizing emissions?

7 – Have you allowed any third party scientist, not an employee of Leonardo Corporation, to observe a test of a Quark?

8 – Are there any complexities in the construction of a Quark that would inhibit automated manufacturing of the device?

9 – Are you satisfied with the heat resistant materials you are utilizing in the Quark, or are you searching for better materials?

9) In Norwegian- a  photo of E-Cat X
https://plus.google.com/+Torbj%C3%B8rnJohnsenEnergy/posts/945gnedMMuJ

11) Thanks to Max Nozin!
Method of excitation of nuclear reaction in titanium