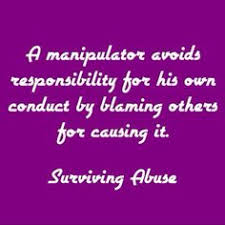 The evil spirit of destruction is still alive and ...popular.

September 11, 2001  is a sad day in the history of mankind; it has revealed that the very Meme of Destruction is alive and powerful and it is an attractor for amazingly many souls driven by hatred and envy who know no mercy, no reason, no limits.
My continent, Europe was treated by genetic engineering, acquiring plenty of genes of suicide and now is busy massively  importing terror, trouble and terminators of civilization..

Prof. Vladimir Vysotskii is constant in his opinion about the role of Andrea Rossi
in the history of LENR

One of the faithful, constant, very loquacious IH supporters has obviously disliked
the fact that a great LENR scientist and fighter for LENR in his country, Prof. Vladimir Vysotskii has expressed honestly and openly his support for Andrea Rossi- considered by him the man who has liberated the Djinn of LENR from his bottle. Applying the standard procedure, the IH supporter (see comments on my blog, most recent issues) he has put in doubt the source for Vysotskii's statement- as if I have invented it. Then, despite the fact that my blog is easily he searchable and it
can be seen that two similar statements were made on May 16 and Aug 12, the attacker ignored the newer message and stated that due to the "very convincing"
proofs of IH (the Exhibits) Vladimir Vysotskii probably has changed his mind/opinion
and now is in the camp of the "good boys" This IH supporter/ manipulator is unable to understand or is programmed to not understand, that perfectly honest and smart, normal people can dare! to think differently.

I have not changed my opinion in this question. Regarding the features of working of the 1MW plant it is necessary an analysis by experts and the entire LENR community.. I still don't know all the details of this experiments but I know that there are enough highly qualified experts for this.

My opinion about the reliability of the Rossi experiments is based primarily on the result's of the Lugano group and the experiments of Parkhomov (who is a very qualified expert  and knowe very well how to perform measurements.)
However the main merit of Rossi is his persistence in advancing developing experiments so he could show by simple means/devices that this direction is very effective and he has shown the skeptics, that there is a very great production of energy.
He succeeded to do what nobody was able after F&P. He take out the wheel of progress  in nuclear physics buried in the earth for 40-50 years and started to move it in the right direction. It is obvious that without the isotopic measurements made at Lugano this would have been more difficult.

An other aspect is that we cannot ask that he has already solved all the tasks/problems. Besides this, the majority of his results can be explained n the basis of my theoretical evaluations and models (i.a. with high probability the absence of radioactivity and of high intensity gammas and even the possibility of the self-sustaining regime of work which was observed  in many researches) For this reason his results do not cause me inner discomfort , I understand them and I am not doing lobby for anybody.
Vladimir

Peter, rather than be defensive, why not consider what I'm saying? It is obvious that LENR requires and is supported by some unique aspect of the physical-chemical environment.  After all, LENR only takes place in certain materials after certain treatments.  This required condition can be called unique because it rarely forms, as the rare formation of LENR demonstrates. For LENR to take place, something normally present in a material must change into something rare. You and other people do not focus on this change.  Some people, such as Swartz, even totally reject such a condition.

For years, I have emphasized that two different conditions are required for LENR to occur. First, the condition, which I call the NAE, must form. Because this is a chemical process, its formation must obey the rules known to apply to chemical changes. Second, a nuclear process must take place in the NAE. Because this is a nuclear process, it can be described by quantum mechanics. These two process are related and interact with each other. Therefore, both need to be considered by a useful theory. This is not being done.

Instead, only the nuclear part is the focus of present theories.  If the chemical part is acknowledged at all in a theory, it is given very little justification or is not described in a way to allow it to be effectively produced. Creation of the NAE is essential to cause the nuclear reaction.  Unless the NAE is present, no nuclear process will operate no matter how cleverly described.  Therefore, focus on the nuclear process is getting the cart before the horse.  Why is this idea so hard for people to understand and accept?

Re NAE I agree and even pre-agree with Ed.
I regret that Ed has not criticized my Atomic model of LENR science and we still have not discussed if it is about a chemical environment or a material science phus nanometry plus catalysis environment But I still hope we will have time and opportunity for this. LENR - topology is indeed the key and synergy the door.


1) LENR in Electric Arc-Plasma? Strike an Underwater Arc and CoP up to 8

The spirit of MFMP:
Open innovation, open science and open to the world
by Adi Gaskell
http://innovationexcellence.com/blog/2016/09/04/open-innovation-open-science-and-open-to-the-world/