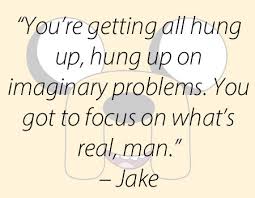 The tactic is actually simple, but the execution difficult and clumsy:
- Take what you know or believe you know about the situation and create imaginary problems; claim that the problems are insoluble and repeat this in many forms wherever and whenever you can;
- eliminate both logical and quantitative thinking and convert normal measurement errors or minor in fatal flaws, disasters-practise dualistic thinking the alternative to any value being zero- it works or it not works at all
- Combine demonstrations of impossibility with direct accusations of fraud, do not care for facts. Boldly and freely use numbers you actually don’t have for issues you don’t know or don’t understand, mimick omniscience and total information even when you don't have the slightest idea about what happens - as in the JM area where energy was consumed and used. Combine and confuse, mix incompatible things- this is the recipe of poison and destruction.
Lie with statistics but also without it.

Exhibit  5 authored by Joseph Murray is an example- it has 5 items.

The Items will be now analyzed shortly; a thorough analysis will be possible only when the ERV report will be publiahed. The strange thing is that according to some experts any sane person looking at that Report has almost instantaneously the revelation of zero excess heat and Industrial Heat has not made it public. Mistery!
The items:

The most discussed item. First idea, flow values too small for the optimum range of the flowmeter- FALSE; flowmeter was  calibrated for that range.
Second perverse rheology idea- pipe and flowmeter working only half full- totally fool idea; technically impossible see please
Diagram of the plant, flowmeter between pump and generators at the bottom level, placed normally to measure flow of water direct to the E-Cats and actually just imagined the rust stains on static vains of the flowmeter. Simple finding, imagination, nothing more,  he has seen the plant .
The plant has not worked with half full pipes- this accusation has to be dismissed as absurd. It would be polite from Murray and IH to retract this item because it makes them suspect of technological illiteracy.

The consistency of the reported flow rate statistics.

Accusation pointless without the complete ERV Report plus explanations, modes of performing the test and the other values measured. Just thrown in, and  has nothing to do with the reality or un-reality of the multiplicative excess heat.

The number of reactor units in operation varied substantially over time

A normal fact- there were some reactor management problems during this long test, still not all reactors are born equal and this is a brand new, but WORKING technology in development.
As soon as IH and Murray seem or want or try to think that all and each reactors generate zero excess- that is nothing, why to discuss about this? Rossi and his team were not sleeping at the workplace they had to solve problems and to make improvements- this is the repeated history of all technologies.
To discuss this without the data of the ERV Report is impossible
But  what does think, why Rossi has changed inactive with inactive  reactors? Or were they actually working?

System alterations when the system was stopped, what is wrong with them? Are they ,retro acting on the results as IH tries to retro-write the history of the test?

The flow of steam through the pipe to J.M. Products

Murray had and probably has no idea what happened at JM, ignores that there steam will trsnsfer heat and will be condensed, thus sub-pression created- pressure difference exists and works. More serious trouble this item shows was NOT the good man for this dirty but not easy job. He, knowing that water was fed to the generators by a DN pipe supposes that the steam pipe is also DN 40-he does not know that due to the relative densities and flowing speeds of water and steam, the pipes for the later have greater diameters. In this case- see please:
Calculator pipe sizing by velocity of steam

you will see that the insulated steam pipe is actually DN 200 i.e. a section surface 25 times greater than the water pipe DN 40 for the same quantity, roughly.
No wonder Joe Murray you are able to see half full pipes in such a plant and no wonder you try to intoxicate the LENR world with irrelevant things, in part imaginary, in part misinterpreted.

I do not remember to have ever seen a more kitschy report than this Exhibit 5.

(It is about: Randell Mills and the Search for Hydrino Energy Kindle Edition
by Brett Holverstott

This book you listed from a few days ago is a game changing work.
It is incredibly well written and I believe will become a Science best seller.

Am just arrived in Iceland for 11 days and have it on my kindle.
This book about Mills is to me  Among the top 3 books about the new
energy story that I have read.

Science and consign a current generation of ignorant physicists and
Academics to the Rubbish heap of history.

Mills theories truly do end the quantum era with its mangled maths and
accepted  uncertainty.  The "shut up and calculate" idea of don't question
Quantum, as stated in some physics institutions Will be shown up for the
stupidity it conveys.

This book is a must read for anyone wanting a strong glimpse of the future.