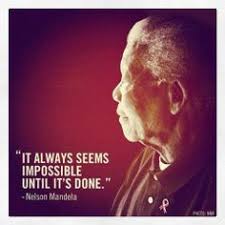 A great book about Andrea Rossi's technology has "impossible" in the title but "real" in the spirit!

An excellent book; I hope it will have more editions-additions; the next one will be probably about "Gloriously surviving a nasty turmoil" Forza, dear Mats!

It is Sunday clearly not the favorite weekday of an old workaholic who cannot leave the house due to the high intensity of the solar radiation (tempest predicted for tomorrow).
This morning after reading my mails and making the usual basic web search- I had to conclude:"today it will be impossible to get an abundance of LENR news!" A coincidence my last message of yesterday was for Jed Rothwell telling him that its is impossible to accept his IH 'anachronology' (anachronistic  time flow, unnatural sequence of the events) despite his over-repetitive exporting of proof less points of view.
Third - third rate meeting with the word "impossible"-  was caused by the updating of an intelligent test combined with paremiology (study of the proverbs)in Romanian - in the frame of a collaboration with a local psychologist- helping her to extend the portfolio of IQ tests. As an aside it is a world class group of psychologists here in Cluj. Some of the proverbs have to be about possible/impossible see some in English at the link at Motto above.

So let's speak about impossible- the dominant positive psychology says we have to use a thinking in which nothing is really impossible, or impossible for ever and this is not a bad trend at all as long as we combine it with critical thinking and realism.It has lead us to choose the two image Mottos.
But let's depart from idealism. actually the impossible exists it is omni-present, statistically there are much more impossible things than the possible ones and my educated guess here is for a Pareto ratio, as overall-- 80% impossible, 20% possible. I am joking, however the real expert in any field is able to distinguish what can be made from what is impossible to be. made History has shown that there are many painfully impossible things in Cold Fusion-LENR too and for the time given it is ana obstacled way from making them possible.
First it seems it is impossible on very long term to convince nuclear physicists that the cold fusion reaction is possible. Tens of theoretical constructs and thousands of successful but not reproducible reactions in many environments are not able to change this situations. Honest, straightforward methods to convince scientists but other people too about the existence of LENR as in some many books (now Ed Storms' second book is in the front-line) or videos as this by Jed Rothwell:
https://www.youtube.com/watch?v=HjvL4zNLOGw
It is sad to see now that the advent of the field was NOT an  analog of the Kitty Hawk flight and the early history of LENR is NOT an equivalent of the history of aviation.  Some obstacles are impossible to be removed or broken.Scientists needsane doses of dogmatism to possibly survive, other people are much more value- than truth-oriented; they are interested in a source of energy and not in an unexpected. scientific phenomenon.
Honesty in reporting the results is excellent but it seems creativity is even more important. And in my personal opinion it is an impossible in the way of a rectilinear advancement- the true virtues of LENR can be achieved only above a high temperature I would say today 650 C where the surface dynamism suffices for controllable, up scalable powerful genesis of catalytic   nanostructures in which the low energy nuclear reactions can take place. Below this temperature the phenomenon exists but cannot be enhanced and made reproducible and technologically significant. Unfortunately it seems impossible to convince my colleagues about this.

As you well know what we could call the technological branch of LENR is now plagued by an conflict for which "impossible" is just an euphemism.
It is a collection of impossibilities,for me the greatest is to understand why IH attacks Rossi and his technology with all means and bombs possible at the highest intensity  as if they a re driven by hatred or guilt(?), when they say they will win the Trial easily because the E-Cats are in impossibility to generate excess heat! Why then so much ado for nothing?

Rossi accuses Industrial Heat of Trying to Sell him his Own Ecat Licensehttp://coldfusion3.com/blog/rossi-accuses-industrial-heat-of-trying-to-sell-him-his-own-ecat-license

Andrea Rossi
June 25, 2016 at 1:46 PM
Sosby:
Those who repeat the same things even after due answers have given evidence of their errors, do not look for truth, they are just looking for the sale of the Roman Colosseum to their investors.
Every resemblance to any part involved in a litigation is purely casual.
Warm Regards,
A.R.

Why is it so Important for the FUDers to Hide the Fact that the ERV Reports were Used to Raise Money?
http://www.sifferkoll.se/sifferkoll/why-is-it-so-important-for-the-fudders-to-hide-the-fact-that-the-erv-reports-were-used-to-raise-money/

Know Your Brain Type and Get More Ideas
http://www.innovationexcellence.com/blog/2016/06/19/know-your-brain-type-and-get-more-ideas/
Posted by Peter Gluck at 11:02 AM