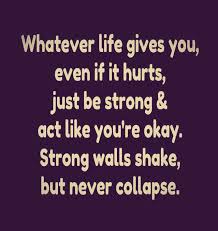 The keyword "collapse" was- in part suggested to me by the BREXIT- Breaks it.
BREXIT is a most serious warning that it has gone much too far with the process of "means replace aims" that is  destroying so many good human institutions

More papers today, no new conflicts (it is early) so just two very short remarks now:
a) My nice friend Peter Mobberley, leading English LENR supporter and researcher has gave me the permission to cite him "We are thrilled by the Brexit!" Thanks  dear Pete- it will be good on long term.

b) I have stated that technological LENR heat excess must be multiplicative, not additive and I do ot change my opinion.

For the direct links to the papers, please go to the site- list of papers published till now (June 24, 19.00 local time here)

M.Ya. Ivanov: Modelling of cosmic rays, spectrum of the hydrogen

M.Ya. Ivanov: Entropy and arrow of time in CNF

Moment, impulse generation in "isolated" sytems
Study of the nickel hydrogen system in a calorimeter
Abstract'
In the system nickel-hydrogen in the conditions of external heatingand of gradients of temperature it can occur a cyclic flow of hydrogen in correlation with its absorption in the zones where nickel hydride is formed and its releasse in the zones where nickel hydride is decomposed.
By modelling this situation on an experimental installation where air is circulated, it was observed that the thermal energy that is released is greater than the lectric energy fed to the installation.
In the paper is given the explanation of the appearance of "supplimentry power"
based on the analysis  of the energy equation of gasodynamic flow. It is concluded that the supplementary thermal power especially in the nickel-hydrogen system does not appear due to LENR but to the particularities of the transformation of energy at the flow of the viscous compressible gas.

Search for Erzions
Analysis of the convertors

Alexander Parkhomov Reports COP of 1.1-1.3 in LENR Reactor for More than a Monthhttp://www.e-catworld.com/2016/06/24/alexander-parkhomov-reports-cop-of-1-1-1-3-in-lenr-reactor-for-more-than-a-month/

Thanks to Bob Higgins who has translated the new Parkhomov paper- here:
https://drive.google.com/open?id=0B5Pc25a4cOM2YnpFakRobUE1clE

Rossi: Industrial Heat Offers to Sell Back License to Leonardo Corp.
http://www.e-catworld.com/2016/06/24/rossi-industrial-heat-offers-to-sell-back-license-to-leonardo-corp/\
What Rossi says about that:
June 23, 2016 at 5:05 PM

Ruby Shale:
As usually, the guys of Industrial Heat are ready to sell what they do not own: now they are offering us to buy back our license, the license that they do not have anymore ( see the press release made few weeks ago from our Attorney John Annesser). I wonder if they will try to sell the Colosseum of Rome as well.
IH has no more any license related to out IP and whomever is interested to us in North America, Central America, South America, Russia, China, Saudi Arabia and Emirates must contact exclusively:
http://www.leonardocorporation.com
info@leonardocorporation.com
I have received other comments asking me what I think of the proposal made today by IH and this comments answers to all the others. I will not comment further issues to be discussed in Court.
Warm Regards,
A.R.
Rossi’s Response to Industrial Heat Motion to Dismiss (updated)
http://ecat.org/2016/rossis-response-to-industrial-heat-motion-to-dismiss/