If you can, help others; if you cannot do that, at least do not harm them.” (Dalai Lama XIV) 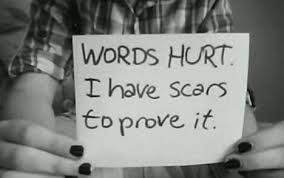 There is a Cause- something very important and good for the future of Mankind and there is a  modest Blog trying to support that Cause. Let's be realistic a blog can not do much for the advancement of the Cause- in the case of LENR it just describes experiments and it will be probable not able to create a breakthrough theory explaining how LENR works, what we have to do to make it work better, to scale up at commercial level or to solve the many problems of development, improvement  or diversification. In the best case a blog is a witness- a bit shortsighted, a bit deaf, with many limitations. Enthusiasm and dedication can compensate some of these but the essential remains- a blog cannot do much good for its cause.
However the opposite is not true serious errors in a blog can be dangerous ffor its Cause. Therefore blogs have to strictly respect the "primum non nocere" principle "first not do any harm" valid for all medicines, healing methods see please:
https://en.wikipedia.org/wiki/Primum_non_nocere

Non-maleficence is a great Must for a blog as EGO OUT.

I have received a painful lesson of that yesterday when, n two places my blog was defined as a "stain on the future  of LENR" I am the same
You know: "The adjective is the banana peel of the parts of speech". (Clifton Fadiman)- and here the noun "stain" has the functionality of an adjective, meaning ugly dirty difficult to remove. BTW in the recent dispute I have tried to not use adjectives or epithets. But I was bombarded with them; from what Cliford Fadiman suggests an excess of adjectives is equal to weakness, lack of equilibrium- not good!

However it is more and worse than this.
I was informed that I am part of the Team Rossi's slander machine and- horribile dictu! I am participating in the PR war against the main funders of LENR research right now. That is I am doing harm to the funding of the LENR Research!
Eventually my weak point was found- my Achilles Heel and I have to declare that I am defeated and have to surrender. The last thing on the world I want to do is to let my old and young colleagues in the field without vital funding, I would not do such a thing, never! So I have decided:
- starting from tomorrow, June 10, 2016, 7.00 local time, I will have absolutely no initiatives, will not start any discussion on this blog re the Rossi-IH dispute. I will use my time for reading some very creative and surprising Russian papers which I could not study thoroughly due to focusing on the dispute. I also will try some reviews and I will try to publish a paper about my vision of the history of Cold Fusion LENR- just for the posterity.
However, obviously if attacked I will answer- but I promise no adjectives, no words that hurt!

I still have to convey some messages from Andrea Rossi who was attacked; however there are not many new elements or ideas here, therefore I dare to ask the IH supporters to take note and, if psychologically possible- not answer to this now.
For the sake of a difficult armistice.

Q- what did AR say about pulling out the steam trap and sensors?
That was as the test even started? (the question has amazed me, I have a special cult for steam traps, wrote illo tempora papers about them, tested them in plants I know how important are the steam traps for energy consume)

A- This is total falsity, I did not pull out anything!!!
All the measurement systems have been installed by the ERV.

He, he, he, he you can quietly say that before me the "Funders of LENR" were zombies and that if today LENR is on the spot, it is only thanks to my work, . Evidence of this can be easily got comparing the audience on LENR before my Jan 2011 Demo when all these LENR guys were considered fraudsters, and now with big concerns funding LENR. We can say: " Rossi made a miracle,thanks to him zombies have been resuscitated like Lazarus.

ff today guys from LENR are getting money from IH, it is thanks to me: Darden has bought them with some brisk of the 150 millions he has stolen from the investors to try to have somebody defend him in the public opinion after not paying my IP, therefore losing it and therefore cheating on his investors:  other zombies have taken some brisk from the desk of Darden who has bought toilet-paper-intellectual-properties to show to his baffled investors that he still has an IP, even if he lost my license. (Dewey, please take a good tranquilizer and forget this! Thanks!)

2) S.N. Golubev:"Structural mechanism of formation of the mass of the common
matter"