JUNE 11, 2016 LENR HAS ACHIEVED SELF-RESPECT BUT NOT GOOD REPUTATION

Since 2011, when Rossi came on the scene, he has caused more harm to cold fusion than the DoE, Nature magazine, and the other mainstream opponents combined.
He trashed the reputation of cold fusion. (Jed Rothwell) 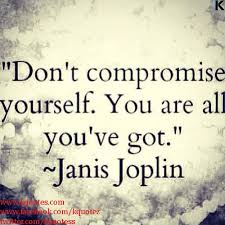 About the Motto, I too well know how much is the author trying to instill his own ideas and opinions in other people's brains, and when this does not go, ,the respective brains must be defective. The owners of the brains are disenjoying (does this word exist or can it be created?) this approach and method. This includes the
worst sinners as the skeptics - of Cold Fusion and the IH deniers- a group superposed but not identical with the supporters of Andrea Rossi. Jed's manner and manners to discuss with them shows that in psychology it can be different from physics- the reaction can be greater and faster then the action.  That it is- the results re contrary to what he expects.
In my case too... I am persona non grata in Jed's circles because I do not believe his story re the Rossi-IH conflict (ergo my brain is like a 6-years old.)
My impression is that he has built a retro-history, mythology, fairy tale of what happened. It sound as tall tale.
Jed, the librarian and a good information provider for the LENR community is told by IH early during the Test- that it is no excess heat at all- the test is a total failure
A major catastrophe- and he does not tell a single word to anybody- say to our best men as McKubre, Storms or Nagel- no, he is unable to present any proof. He speaks about a fragment of the ERV report so convincing that :" any fool can see this data shows nothing" ( why do we need fools in this case, is over my head? What will the smart and competent people say?)  He relates about the ERV"  I.H., I and other have looked carefully at his work and we have concluded that he is incompetent" .
Jed's mental artillery uses nasty adjectives as torpedoes or projectiles- sloppy ridiculous Test, idiot specialist, flawed measurements, unsuitable instruments and he takes his own adjectives as proofs.

Great liers have the professional obligation to crete perfect lies- defined as "even its contrary is not true" Not the case for the Motto- see it please in complete form here:
https://www.lenr-forum.com/forum/index.php/Thread/3333-Peter-Gluck-Blogger-Advocate-for-Rossi/?postID=24022#post24022

As Rossi said it not very politely but can we contradict him? - LENR was In a zombie state before Jan 2011- including chronicized funding scarcity.

However if we focus on our basic problems, Rossi could not trash cold fusion's reputation, because the field never had  a good one. But the field, by heroic work of so many bright researchers has achieved something equally precious- SELF-RESPECT. It is a treasure and we must take care of it.  Enough said!

1) From Rich Murray- thanks!
Professors Leif Holmlid and Sveinn Olafsson
cold fusion research since 2003 results in dozens of their competent reports in mainstream
http://rmforall.blogspot.ro/2016/06/professors-leif-holmlid-and-sveinn.html

Are you creative? Yes? No? Maybe?
http://www.hindustantimes.com/education/are-you-creative-yes-no-maybe/story-9fJ1F4wtc4e4MDkrslSQ5O.html
Posted by Peter Gluck at 11:05 AM