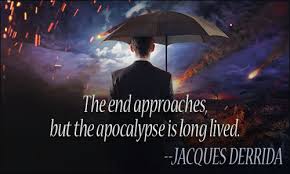 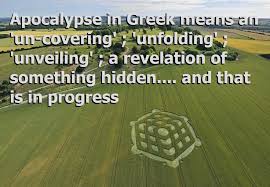 What will remain after the end of the World? Obviously a Reporter! (Nicolae Iorga)

a) Organizing a premature  Rossicalypse

First at the death of the Independent E-Cat News a few days ago, for the justification of this suicidal act it was said that the possibility that Rossi has some achievements became so small that the subject Rossi is not more  worth of attention.  Thus forgetting that the Trial in which Rossi claims success of the test and IH discovered at least officially that the Test is a total failure only after the start of the Trial. The Trial has not yet take place.
Anyway the idea that Rossi is an "uomo finito" (an once famous novel by Giovanni Papinni- translated in English as "The Failure") and has nothing of technological value- has followers and on diverse threads at the LENR Forum, the most active pro-IH guys are mixing anticipative wishful thinking, logical "salto mortale" ( I have verified it is in the English dictionary!) and a broad action to annihilate anything coming from Rossi or good about him- total destruction at any price and by any means- all this to prepare an apocalypse of Rossi, the Rossicalypse.
I have two questions here, one answerable the other not
1- in which extent the two sets: Rossi haters and IH supporters are now supepossed?

2- in which extent a forced Rossicalypse would  mean a LENRcalypse?

For 2 my answer is over 100% however I anticipate that IH will bet on a very low value, based on its rich portfolio of non-Rossi industrial (or almost) LENR technologies.
Andrea Rossi is not  scared at all of the Rossicalypse and says:

Our work proceeds very well and I can assure you that I do not see any apocalypse in my horizon.
I think the best thing to say is that obviously the puppets of IH are introjecting in us the apocalypse they know is arriving for them.

1. 16.00 – 16.20 A.I. Laptukhov: "About the absence of CNF, radiations and Erzions in the LENR phenomena and about the nature of excess energy"
https://yadi.sk/i/wz1Rznr5sZPSR

a. There is no CNF! The excess energy released in many experiments in the LENR processes comes from usual nuclear reactions and due to electronic reactions with the participation of the attraction forces from the inside of electrons.- the dimension of this being of the order of the Compton length Re~h/(me c)~0.01А=10-10 cm.

b. Instead of LENR we must speak about LEER or LEP - low energy processes.

c. On the Sun, in the cores of Jupiter, Saturn and  Earth, thgere are no Erzions precisely thre are very few ,10 exp -10-25 per nucleon.

Key compound for high-temperature superconductivity has been found
https://www.sciencedaily.com/releases/2016/06/160616110250.htm

THE PERIL OF MEANING WELL BUT DOING HARM
https://leadershipfreak.wordpress.com/2016/06/17/the-peril-of-meaning-well-but-doing-harm/
It happens in LENR research, development and discussions too!
Posted by Peter Gluck at 9:37 AM