AUG 23, 2016 ALAIN COETMEUR ABOUT LENR THEORIES AND I ABOUT THE LACK OF A THEORY 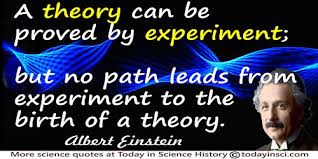 a) A developing multi-theory concept for LENR by Alain Coetmeur

Alain Coetmeur, a friend, a thinker, contributor to EGO OUT has written a comment about theories. Very creative and valuable. I take the permission to re-arrange aLENR bit the comment, use my standard taxonomy and explain what I found the most important in the comment.

Alain says his position toward PdD, NiH and the mainly empirical methods - has evolved and is still in progress and development. Ergo, this discussion willl continue.

A single theory is not enough, not possible what we actually need is:
two structurally different (families of) theories which will converge to the same (unity/) when science has resolved the problem.

1- the first kind of theories- can be seen as more scientific, falsifiable in the Popperian sense, more fundamental- they are tools for the experimentalist, they ac usually at the small scale but up to the meso-scale. Using them the experimentalistsdirect the way experiments are designed, which are to be replicated from the mass of available data, which sensors are to be installed, which results are to be considered failures  and which are definitely positive.

2- the second category of theories was called by Jf Geneste at LINRG Mila"theory that allows engineers  to improve continuously the technology.
These not need to be fundamental, and they can be just phenomenological in a restricted range of parameters. However it need to work well.
An approach recommended by Alain:
- make a review of all theories.
- list all key experiments on which those theories are base;
- list all critics against those theories, and list all experiments that support the         critics;
- re-analyze all the theories and try to classify them,
- try to partial meta-theories that just propose a concept ewven if with less precision.

Alain gives us examples of such concept as as:  "NAE" concept , ENP concept, BEC/CQED concepts...
Such a meta theory may be like "there is a "beast" of that kind, but we don't know what it is exactly (real, isn't it, take NAE as an example?!".)
- for each theory,  met-theory, critic of theory, try to find new experiments
for each theory, meta theories, and critic, try to find new experiments, new sensors, new parameters, improving older, which can provide positive or negative argument to a theory or it's critics
Priority has to given to experiments which will give maximum information, are easier to replicate and can confirm or reject more theories

Take care to prevent any theory to take over or disappear before enough independent experiments, done with different methods, supports or eliminate those theories.

"This is why, even if the battle of theory is mostly sterile today, this debate is what should fuel the experimentalists, even if it is the experimentalist, like the jury, who will have the last word.
A Jury without good (talentuous and desperately biased) attorneys, will be unable to understand what is important is the crime judged and may miss a key point."
Thanks, dear Alain, I hope you will make corrections, addition and updating to this strategic plan!

Peter, I'm trying to understand what your are saying, what you believe, and what you propose be done.
I am grateful for this and take it as a sign of friendship, however I have many times openly described my LENR ideology- so please do not expect surprises

Apparently, you want LENR to be applied as soon as possible.
Who, in our circles does not want exactly the same? Just there are some differences
in defining and timing of the word "possible"

You want the heat to be amplified as soon as possible and you want the focus to be on the Ni-H2 system.
For the first statement- yes,  amplification and scale -up are vitally necessary and already possible. Basisis my hypothesis of dynamic generation of NAE's, amplification means a continuous abundant supply of the active sites where the heat releasing reactions can take place- high temperatures, high mobility of the surface atoms of the metal. But it does not go easily, there are other know-how elements to be discovered for triggering and sustaining the dynamic process.
For the  second, on short term yes Ni-H is the best system available now but on long tern=m probably an other metal will be the best, my guess is the "extremist" Tungsten.

Your emphasis is on application first and understanding second.
A bit more precisely, I think this is reality's way, emphasis- the idea as such- not perfect understanding but already use in factories and homes does not make me too happy. But as so many times, scientific idealism is replaced by a realist, pragmatic and materialistic solution.

You believe LENR can be applied as a commercial source of energy without the mechanism being understood.
Yes, however in the best possible sense- please consider the plurivalence and multi-level nature of understanding, see the "engineering" theories in Alain's essay above
There are basic laws, principles, practises that have to be respected even if we still do not know all the details.


You believe PdD has nothing of value to offer because it makes too little energy, the electrolytic method is unsuitable for technological application, and the process is not related to what takes place when Ni-H2 is used.
Festina lente! PdD has offered something of immense value and historical importance - has demonstrated beyond any doubt the EXISTENCE and REALITY of Cold fusion, LENR.
Unfortunately it was unable (being an uncomplete form of LENR) to reveal its identity and nature. As seeing only the hallux, you cannot evaluate the entire foot. Due to its inherent weaknesses (I am speaking about the F & P Cell) it is of no use for technological development. The process in PdD is only a part of what takes place in  high temperature cel/generator  a larvar form -cannot "fly"

You believe no theory effectively explains the effect.
Absolutely true, and you was inspired to use the singular. LENR is a composite group of combined phenomena- in your terms= NAE genesis, NAE- working and postnuclear stages involving more disciplines. No single theory can do the job.
And a good multi-theory ledas to LENR+  usable heat release.

Nevertheless, you have a model you accept, yet you have not revealed or explained it.
The task is too great for me, but at least I have honestly explained why I cannot explain more. Please read "The Six Pillars of LENR+" Thank you, even if you will disagree.
You ignore all the arguments I offer that conflict with your beliefs.
Please let's use the adequate words.These disphemistic euphemisms and/or euphemistic disphemisms) are disturbing. Why should we use "ignor"e for "reject" or "unable to understand" for "disagree with"?. Despite of myriads of disappointments,  I still desperately try to believe that " Differences in opinion attract smart people and repel only those who are not so" Or believing this is "symptomatic"?
Is this a correct summary of your beliefs and approach?
I will abstain from citing :The crab is a little red fish that goes backwards" because now, taking my answers in account the situation is clear. However I am perfectly aware of the reality that my
ideas will not florish, gain popularity, become memes outside this very personal blog. Probaly not, even if "Technology First! will be confirmed. And, I bet, it will!

2) Presentation of Stepan Andreev - conference on May 20, 2016: "On the verge of a scientific breakthrough"

The existence of such reactions was demonstrated beyond any doubt, for further research we need the ATOM theory of Kevin Dooley.
Published in REGNUM
http://lenr.seplm.ru/konferentsii/doklad-stepana-andreeva-na-konferentsii-29052016-na-poroge-nauchnogo-proryva
https://regnum.ru/news/innovatio/2138177.html
3) At June 6, 2016  it was held a seminar in the Institute of General Physics of the Russian Academy of Science named after A.M. Prokhorov with presentation in favor of the BIOTRANSMUTATIONS of the radioactive wastes.                                                   6 июня 2016 года состоялось заседание семинара в ИОФ РАН им А.М. Прохорова с докладом по подтверждению биотрансмутации РАО                            http://lenr.seplm.ru/seminary/6-iyunya-2016-goda-sostoyalos-zasedanie-seminara-v-iof-ran-im-am-prokhorova-s-dokladom-po-podtverzhdeniyu-biotransmutatsii-rao
4) To be integrated with ICCF20:
The Satellite Symposium of
20th International Conference on Condensed Matter Nuclear Science
http://ssiccf-20.xmu.edu.cn/index.asp
September 28-30, 2016
Xiamen, China

5) Thermal Analysis of the Production Plant Process in the 1MW test in Doral, Florida (GiveADogABone)
http://www.e-catworld.com/2016/08/23/thermal-analysis-of-the-production-plant-process-in-the-1mw-test-in-doral-florida-giveadogabone/