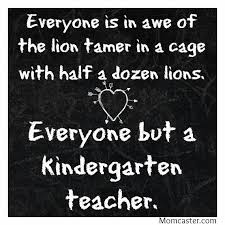 Today in kindegartenese, tomorrow in legalese-- wild, empty  speculations of  a propagandist.

He is U- unnamed because I wanted to ignore him today. You will identify him based on his style- wording, logic and nastiness that are similar to the 4.5 years bad boy who terrorizes the kindergarten and cannot be punished because his rich parents are sponsors of that institution-  but actually he is grown up, in his sixties I guess  , and despite his dreadful behavior some people still take him seriously and even consider him an oracle or sensei or guru....fatal error! He is immature verbally and mentally and...paradoxically this is his favorite accusation against anybody who dares to NOT AGREE with him.

Commenting on what I wrote about the coming IH Counterclaims U. starts with a mild insult.

There is no "war." You are making a mountain out of a molehill. You are being silly.

It is not war? Cold fusion was a war zone from its very start and now it is seen that the internal anti-LENR technology war is more destructive than all wars before.

He continues:
Rossi did a lousy experiment. If the ERV is ever published, anyone who understands calorimetry will see it is garbage. In the history of cold fusion, many people have done lousy experiments, yet the field survives. You should forget about Rossi. He is unimportant.

What proofs have you shown that the experiment was lousy? Have you explained that ERV report, technically? But the horrible thing here is accusing your friends from IH of incompetence- and this is very probable untrue many sources say they are good professionals. Do you forget that they have seen 3 ERV reports after 3, 6, 9 months and have NOT stopped a lousy work, contradicting as you insinuate the most elementary rules  of calorimetry. In the center point of the set-up there was a flawed flowmeter multiplying the readings ten times (obvious for any fool again!) and what have done the IH experts? You say they protested but not why and when they protested?
You say - Rossi is unimportant- a new adjective. He can be anything but not unimportant. What and who is important, more important than Rossi in LENR today? In case he wins- and this is not only about the trial but if the E-Cats will

appear on the market- then you, if you have some residual traces of honesty you have to apologize and retreat from LENR to study e.g. comparative linguistics.

The end is total war:
People publish bad experiments in every field of science. There is nothing unusual about that, or surprising.

Other people published lousy experiments, but Rossi went beyond the pale. His pretend customer site is a fraud. There was no heat coming from it. Fraud is all the more reason to forget about him. Good riddance to bad rubbish.

It is obvious he knows no limits, he is driven by envy and hatred at pathological levels. And still we have not seen a single proof of his destructive statements.
In the kindergarten language he is full of nothing. Worst quality nothing.

Not at all. I enjoy playing around with data. This dataset is interesting, and relatively easy to analyze.Why would I feel that way? I am not emotionally involved with Rossi the way Peter is. I don't care what happens to him or his claims. He is obviously wrong, and probably a fraud, but there have been many mistakes in the history of cold fusion, so it is no big deal.The only thing I regret is that the lawsuit has blocked the publication of the ERV for now. I hope that will be resolved on Friday.
I don't know if it will be, but I hope it is. If the ERV data is published, everyone who understands calorimetry will see that Rossi is full of shit and his claims are ridiculous. I expect a few pro-Rossi fanatics will continue to say he is right, but any engineer or scientist worth his salt will dismiss him. If Rossi had not filed suit, that would have happened months ago.
.
I am accused here to be emotionally involved with Rossi If my empathy toward him generated by the general campaign of character assassination he was exposed to
making me to remember the impressive baritone aria starting with:'
Cortigiani, vil razza dannata, Courtiers, vile cursèd kind,

Shamelessly U. attacks again IH for incompetence they are not worth their salt
have not discovered that the first 3 ERV reports mean failure and disaster, NO excess heat  And Industrial Heat does not answer.

However we will know tomorrow (I fear for me this will be Saturday morning!) if the
Counterclaims of IH mean:

Dear Readers make your bets! I think it will be an interesting moment in this sad, regrettable story.

2) A Cautionary Tale - Palladium Loves Hydrogen - too much!

Has your production started in one country only, or in more than one location? (you have mentioned you would have production in the USA and Sweden)

Sam, I'll add my answer to this question.The way I see it, the judge is only a judge of the law and it is only that aspect (the contract) that the judge will deal with. Also bear in mind this will be before a jury.The question when boiled down, is "does IH owe Rossi the est $89 million ?"The question of "Does LENR work" is not for this judge & jury to prove either way and neither could they.The judge cannot really be judge of new science, the jury likewise. If the existing ERV is called incompetent or fraudulent there needs to damned good evidence that a Jury can understand. Is that possible ? - simply IMHO 'no'. It would too easily turn into a war of science opinion.The science community are at constantly each other's throats over LENR - some still argue it is junk science - others put forward substantial testing to claim the opposite. I sincerely doubt the judge could or would order another test. But anything is possible.

Sam, If your idea of a court appointed ERV (Engineer Responsible for Validation) is made the arbiter of a test, what is the jury there for ? - why would they be needed. What was wrong with Penon as ERV.My belief is this is a legal matter based on contract law and will likely only be decided based on law matters and not in proving leading edge science. This court has AFAICT no jurisdiction to rule that LENR is real or is false. It can rule on if the terms of the contract were met as explained by law (not science).There is a difference and it is that did Rossi meet the terms of the contract. Did the ERV carryout his obligations per the contract ?. For IH they are saying no they didn't, now they have to 'prove' why. If they can't point to obvious deception or gross error in the manner the test was conducted, they have a problem even if the eCat theoretically used more energy than it generated. Can you see that the issue as you convey it is that only an ERV can be the arbiter of such a test. The judge & jury serve no real purpose. How many ERVs in succession might be appointed in subsequent appeals ?. How can this judge determine that any new ERV did the right thing ?. That can really only come from agreement between Rossi, the ERV and IH. These are the only ones who can truly agree in unison about a further test. Rossi argues he has the results already.It is an interesting situation and I guess we all are wondering how it will pan out. The law in the USA can move in mysterious ways.

From Cold Fusion Times of Mitchell Swartz
Optical Properties of Fluid Hydrogen at the Transition to a Conducting State
http://journals.aps.org/prl/abstract/10.1103/PhysRevLett.116.255501

Where does the mass of a proton come from? (Synopsis) by Ethan Siegel
http://scienceblogs.com/startswithabang/2016/08/03/where-does-the-mass-of-a-proton-come-from-synopsis/?utm_source=feedburner&utm_medium=email&utm_campaign=Feed%3A+ScienceblogsPhysicalScience+%28ScienceBlogs+Channel+%3A+Physical+Science%29


When it comes to research, search engines are not enough.https://www.commoncraft.com/new-video-deep-web-explained-common-craft?utm_source=feedburner&utm_medium=email&utm_campaign=Feed%3A+CommonCraft+%28Common+Craft%29