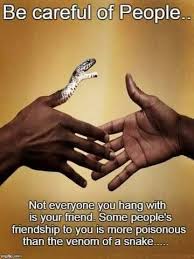 The weird Jedrothwellian water rheology reminded me a very special creature, the waterfall climbing fish about which I wrote once here:
http://egooutpeters.blogspot.ro/2013/02/the-meaning-of-life-essence-of-lenr.html


You also can read about such animals here-
http://www.nature.com/articles/srep23711
However water is not able do such things, therefore it will not climb walls of half full pipes and this idea in connection with the 1MW plant's flowmeter is inept and impossible. with or without rust stains. I have asked Jed to abandon/retract this idea but he said he can not because it is coming from IH. A mentality beyond my understanding if a friend says an impossible thing, then it is possible. Anyway...

This morning I read in Science about an other class of fishes/animals having a common feature very characteristic for the LENR field: venomous.

Summary
An evolutionary biologist at the University of Hawaii, Christie Wilcox studies the evolution of toxins in lionfish, scorpionfish, and species like the Irukandji jellyfish. WithVenomous, she takes us on a biochemical tour of the natural world, examining how certain species have evolved the ability to defend and kill with venom.

LENR has many toxicological problems, has so wicked problems that these could be called "toxic"- see reproducibility. I stated early, in 1991-2 that Cold Fusion has a catalytic nature, and the great problem of catalysis is its sensitivity to poisons. I hve tried to convince my colleagues that the active sites/NAE of the palladium cathode are poisoned with gases- any gas different from deuterium, but had no success. Irreproducibility had many successes. Francesco Piantelli has demonstrated in his patents that deep, thorough degassing- removal of a traces of poison is a sine qua non condition of experimental success, but was not believed and taken seriously on a causal, toxicological basis.

I am one of the users and merchants too, mea culpa! but sincerely I only answer to venom attacks, have no initiatives. I want o change but it is difficult, read this story.

1) Here Cold Fusion is a given as a very bad example of hype:
The Next Generation of Wireless — “5G” — Is All Hype.

2 ) Next BACF meeting: Talk on CF in proton conducting ceramics
Saturday, August 27, 2016
Title: Anomalous Heat Production in Gas Loaded Palladium Doped Proton Conducting Ceramics. Abstract:
Deuterium gas loading of Pd nanoparticles in Zirconium Oxide has been previously reported to produce anomalous heating. An engineering approach to materials, processes and calorimetry intended to demonstrate this phenomenon and lead to practical application is described, along with operational results to date. Speaker: Curt Brown, CTO and Co-Founder of PointSource Energy. Mr. Brown began his career over 45 years ago with Hewlett Packard, participating in the design of many computer and peripheral systems. He has served as Senior VP Engineering and CTO for Conner Peripherals, Seagate, Iomega and Lantronix, leading teams of up to 350 engineers and developing products selling in the millions of units and billions of dollars. Mr. Brown has been awarded patents in computers, networking, storage and energy fields. BS EE University of California, Davis ‘69 SM EE MIT ‘70

7) Andrea Rossi answers on his site:

Pardon my curiosity:
1) can you now tell us what sort of operations you were doing on the 1MW plant every day at midnight?

2) Did you stop and restart the plant at the end of each day (after reaching the target flow) to do some maintenance?

Wishing you good luck on your upcoming projects!

Sebastian:
1- There was nothing to do in particular at midnight, but the standard duty to check all the gauges, listen to the plant as per all the rest if the time
2- No
Warm Regards
A.R.


THE OPINION OF UWE DOMS


The presumption of conspiratorial technical and documentary manipulation by Rossi, Penon, Fabiani especially of the flow meter are very unlikely as calculations show. It could be assumed that even the in the Lawsuit reported ‘COP of more than 50’ is too low and with the by Joseph Murray in Exhibit 5 (INITIAL QUERIES FOR M. ENG FABIO PENON AS tO MEASUREMENTS oF 1 MW PLANT transmitted data would be the COP still at least be 8.7 and would more than satisfy the requirements of the license agreement.
https://www.lenr-forum.com/forum/index.php/Thread/3569-Flow-meter-used-in-1-MW-test/?postID=31733#post31733
Exhibit 5  shows how helpless Darden et.al and Jones Day are, because the ‘expert’ Joseph Murray is no specialist for flow metric, he is an analyst for digital system and it looks like that he was hired by Industrial Heat/ Darden just because he is from Raleigh-Durham N.C.
And Joseph Murray himself seem to have no real interest to be involed in this case, because his LinkedIn Jobdescription – Strategic and Technical Management Independent Consultant since June 2015 – does not indicate that he is a loyal and proud employee of Industrial Heat LLC.


Filtering the noise and looking at the substance then it can be seen that after these several posts with calculations by Alan Fletcher beginning at https://www.lenr-forum.com/forum/index.php/Thread/3569-Flow-meter-used-in-1-MW-test/?postID=31715#post31715 even THHuxley (aka Thomas Clarke) paddled back claiming:
Quote THHuxley: “(thus – the claimed flowrate from this strangely specified meter is only just below spec and it is true – as I said – that this itself will not give a large error)”
https://www.lenr-forum.com/forum/index.php/Thread/3569-Flow-meter-used-in-1-MW-test/?postID=31746#post31746
Maybe he do not want to lose all of his reputation!

Now I want to support you in your fight  "for RossI" against IH. I do not know Rossi and I am informed about his unusual character and complex biography. But in the given situation these do not count.
I have already written and I believe that we all (i.e. the LENR community) are very obliged/grateful to Rossi that he alone has done a very significant part of our work. He has broken the wall of total persecution of LENR and of its mixing with dirt in the worst traditions of the Inquisition.He gave a new impetus to this scientific direction and  now LENR is not mor in the underground.
It can be a long chat about  the efficiency of using different types of water meters and of different methods of analyzing the temperatures, however the experiments of Lugano and in part, Parkhomov's experiments have put everything in place- and it is necessary to continue the work. The Djinnis out of the bottle and cannot be put back!
And all these "attacks" on him by some businessmen and journalists paid by them - are "mosquito bites"; their hope either to save money or to return us all the oil and gas era-these will not work!


Ultracold atoms in a 'Rydberg-dress'

How to Tackle Your Toughest Decisions
https://hbr.org/2016/09/how-to-tackle-your-toughest-decisions
Posted by Peter Gluck at 11:09 AM