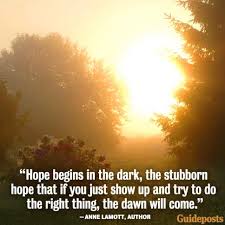 That's an example of how protean and slippery the stories are and that's why we like them. (Robert Douglas-Fairhurst)

"LENR is a slippery eel and bites like hell"
(Uncle Bertie spoke about LOVE and was only in part correct, sometimes. For LENR the things can be even worse: what if it is actually a dangerous electric eel as described here:
http://video.nationalgeographic.com/video/worlds-deadliest/deadliest-electric-eel?source=relatedvideo


a) is Energy Future damaged due to the delayed difficult dawning of the LENR Age ?

Yes it is. I am reading a lot of papers about the future of energy, more than here  (my course of Ecological Energetics is still in the phase of creation) and LENR is not taken in consideration by the immense majority of them.
The billionaires associated with Bill Gates have shown the slightest interest to LENR?
Prof. David Nagel who writes usually about the most important LENR issues has just published a paper in Infinite Energy- you can read about it here:
Infinite Energy, David J Nagel : Indicators of Interest in Low Energy Nuclear Reactions
https://www.lenr-forum.com/forum/index.php/Thread/2914-Infinite-Energy-David-J-Nagel-Indicators-of-Interest-in-Low-Energy-Nuclear-React/?postID=15600#post15600

Add  to it this (thanks dear Barty for signalling)
LENR Trend chart:lenr-forum.com/forum/index.php/CustomPage/?id=1

What we can learn is that the interest in LENR has not entered yet in its normal, exponential epidemic increase stage. I hope it will, as soon the core certainty of LENR technology will cease to be as the proverbial eel of the Mottoes.
I hope to be there when the LENR era's dawn will arrive.

b) Mythical elements in the classic PdD LENR ideology.

The common characteristics of these myths, mythical issues, is that they are both true and untrue and their incompleteness is more significant than their partial falsehood.

Edmund Storms has sent me nice and instructive message re my Ego Out of yesterday dedicated to the idea of fundamental technological research:

Achieving reproducibility is essential to studying and applying LENR. To achieve this goal other than by chance, we must understand the process by which the NAE forms. Because NAE forms in a chemical environment, the rules that apply to a chemical system must be considered. This fact is repeatedly ignored in the discussions and in the popular theories.  The conceptual breakdown comes from the need to apply chemical understanding yet the NAE apparently operates outside of the chemical structure. This koan needs to be resolved.

Our goal must be to find a recipe that when applied to a material will initiate the nuclear process. Naturally, this recipe will involve common variables over which we have control and to which the chemical environment will respond in a normal and predictable way. In fact, the LENR process has been initiated by doing nothing special to the material that is obvious, thereby showing the trivial nature of an effective treatment.  This statement would seem to be an important consideration but it is not being applied  or even discussed.  Instead, the discussion focuses an the idea that only a high D/Pd ratio is required even though this requirement is not consistent with reported behavior. Also, the idea that the NAE is part of the normal chemical structure, i.e. vacancies, is also not consistent with what is observed. Instead of useful ideas, we are entertained by a steady stream of concepts having no relationship to basic understanding.

Once again, I would like to emphasize one basic and fundamental concept.LENR does not and can not take place in a chemical structure no matter how many vacancies or odd phases may be present. The environment present in a crystal structure, on which chemical understanding is based, cannot initiate a nuclear process no matter how it is arranged. This conclusion is taught by science and by an enormous amount of experience in the chemical industry. Even when attempts are made to cause the expected LENR, the process fails most of the time. These facts are sending a clear message that is being ignored.

The nuclear process cannot be understood using the knowledge and vocabulary of chemistry. The process is not caused by vacancies, the deuterium composition, the chemical potential, or any other condition normally associated with chemical behavior. LENR is not a chemical process and it does not respond to the chemical conditions, yet it occurs in a chemical structure  Fleischmann and the early theories sent the search in the wrong direction, which continues even today.  I say this with as much emphases as polite discourse permits.  Progress requires a different approach!  We need to look at the problem from a completely different direction.  We need to ask different questions and accept different answers.
Having said this in various ways for several years, I feel like the kid who keeps saying the emperor has no clothes and is ignored.  I understand accepting such an idea is difficult both because it is in conflict with what the leaders in the field believe and because a background in chemistry and materials science is necessary to connect the concepts with their application. LENR is not a behavior outside of and in conflict with basic understanding. It functions in ordinary materials without the need to subject the material to extreme conditions. The process is very reliable and friendly once it starts. We only need to identify the ordinary condition that forms only on rare occasions in an ordinary chemical structure so that we can create this condition on demand. This condition obviously can be created by treating the material to the very modest conditions that are present in an ordinary electrolytic cell or when the material is exposed to hydrogen.  Yet, a nuclear process results when this condition is created. This result is amazing but it is not magic. Instead, we have a koan, which requires thinking in a different way.

Ideas related to myths above are in red. In the following I am trying to make corrections to these myths

1) REPRODUCIBILITY is just the start

Perfectly true what Ed says but a minimalist definition- measurable results each time- not sufficient . reproducibility must be quantitative  not qualitative- in an expandable range of values up to high power densities. The process of generating excess heat-usable!- must become actionable and manageable. really and practically reliable and controllable.
Irreproducibility is unacceptable and as long it exists, there is something rotten in LENR-land.

I agree actually pre-agree that the process by which the NAE forms defines the existence and viability of LENR. Ed considers this process as inherently rare and not manageable- again perfectly true for the low temperature, dirty by definition PD D2O electrolysis. Outside its watery cradle- there appears the technical possibility to convert this rare process in a very frequent one. Based on his idea that NAE are overall nano-cracks- from the 30 C electrolysis to the 1400C E-Cat, Ed rejects the mechanism change/shift I propose- from static to dynamic- a continuous generation of new active sites due to the movement of the metal atoms on the surfaces in contact with hydrogen and with other elements and compounds. Temperature is the primary factor, the purity of surface is a sine qua non, but there are also other conditions that have to be met for the high birth-rate of effective NAE's - in essence this is Rossi's discovery, core of invention, principle, recipe. What i sure methods have to be found to make hydrogen more active and metal more receptive (DGT's central idea) How exactly.. let's continue with Ed's third myth

3) NAE forms IN A CHEMICAL ENVIRONMENT

(Here we have to agree re the definition of chemical environment, for me it is one in which only the electrons in their layers around nuclei are implied)
I would say, NAE and LENR take place indeed inside a chemical medium but actually
NAE are not more "chemical" but physical- quantum, i.e. nanostructures.
Nanocracks have only nanodimensions but not the structure. Nanotechnology nad
nano-plasmonics are essential for understanding how NAE work what makes the nuclear reactions possible.To understand  and to use this fundamental technological research is the key and the approach is from materials science, nanoscience toward nuclear physics not the reverse.

Which basic understanding? Whose? Chemists, physicists, engineers? True and possible not true in part Nature is surprising.
I prefer the formulation of SKINR from the Infinite Energy paper I have presented yesterday: "NO preconceptions as to the origin of the phenomenon" Ed will not agree however I think the greatest part of LENR is still unknown and unexplored.

Italo R.
March 24, 2016 at 9:22 AM
To all Readers
The ERV Report will be published on the first day of next month.
Meanwhile I have been authorized to publish the following page:
http://s8.postimg.org/6p2ribjgl/report.jpg
Italo R.
(he, he, he )

6) Bubble fusion in the Wikipedia:
https://en.wikipedia.org/wiki/Bubble_fusion

7) Sent by Francesco Celani
Homage to the Low Energy Nuclear Reactions: LENR II by Stefano Marchetti
http://klimt02.net/forum/articles/homage-low-energy-nuclear-reactions-lenr-ii-stefano-marchetti-stefano-marchetti
Francesco is pleased to see that his favorite stuff Constantan is in the prize winner jewel too!

A reality check of renewable energytp://www.mckinsey.com/industries/oil-and-gas/our-insights/A-reality-check-for-renewable-energy?cid=other-eml-alt-mip-mck-oth-1603

Renewable energy investments: Major milestones reached, new world record sethttps://www.sciencedaily.com/releases/2016/03/160324104513.htm
Timeless thoughts on the definition of timeOn the evolution of how we have defined time, time interval and frequency since antiquityhttps://www.sciencedaily.com/releases/2016/03/160324104525.htm
LENR IN CONTEXT-2

!Presentation of the SLIDES from the French LENR Symposium (from Alain Coetmeur) https://drive.google.com/folderview?id=0B9qCtGOFmvhmSllSbmo1ZktPZTg&usp=drive_web#grid