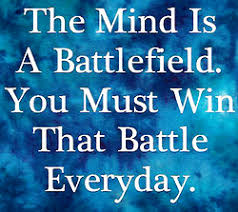 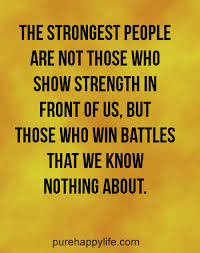 Today there are many battlefields on which LENR fights- with complex, ill-willed unknowns - scientific and technological- but also with simple, ill-willed enemies, uninformed and irrational- anti-scientific, anti-progressist, envy & hatred driven.

The Great Battle, Armageddon-like around the ERV report was postponed (I hope just for the next week)- see please a fine, moderate analysis by Frank Acland in 4) and good discussions. However I would prefer to discuss those... results!

Classic LENR is repeating many old battles and disputes, some more than 20 years old- undecided, diluted, forgotten after a while or both parts claiming victory.

Doug Marker is showing us a battlefield where LENR normality is fighting with pathological destructive  forces(see below)- the fierce enemies who attack Rossi but their real target is LENR!

New battles coming, our battle-cry is: "Energyforall"!!! We will win.

Will Leonardo Corporation be selling its products directly in the USA, or will sales and distribution go through Industrial Heat?

Is it possible for us common people invest some money in Leonardo Corporation (USA)?

Italo R.:
It is still too dangerous for common People invest in us; we must wait for our product to be sold massively in the market to be sure that we can accept money from non professional investors; when we will be able to sell massively our E-Cats, Leonardo Corporation will go public. We are beginning to prepare for this, but, again, until our E-Cats will not be in the market I want not to play American foot-ball with your bones.
F8, F9.
Warm Regards,
A.R.

3) There's a report that's been released that basically say Cold Fusion (aka LENR) is real.
http://intjforum.com/showthread.php?p=5514534

4) The Different E-Cat Approaches of Leonardo and Industrial Heat:
http://www.e-catworld.com/2016/03/19/the-different-e-cat-approaches-of-leonardo-and-industrial-heat/

Real crazyness here! Campaign to call FBI and Interpol to stop Rossi.
Doug is a voice of reason and decency

The evidence is overwhelming

– here it is in parody …
FBI Agent: What can I do for you ?
Citizen#1: I want to report a fraud ?
FBI Agent: Tell me about it ?
Citizen#1: There is this evil person called Andrea Rossi who is perpetrating a fraud and he must be stopped !.
FBI Agent: What fraud is he committing ?
Citizen#1: He is claiming he invented a heat generator that can’t possibly work ! – that is fraud !.
FBI Agent: No that is merely a claim, who is he actually defrauding ? is it you ?
Citizen#1: No not me – but we are told he has taken money off gullible investors so that must be an SEC fraud ?
FBI Agent: Have any of these claimed investors filed claims with the SEC
Citizen#1: Not that we know of ?
FBI Agent: Then tell me where the fraud is ?
Citizen#1: The claims made by Rossi are impossible and we have scientists who will say so
FBI Agent: Who are they ?
Citizen#1: Well the best one is called Popeye and he is backed up by Mary Yugo (also called Al Potenza)
FBI Agent: Popeye & Mary or Al ???
Citizen#1: Yes yes
FBI Agent: Do you actually know these people ?
Citizen#1: Well not really they post in blogs about science. They know so much !. They are experts. But those are only their ‘handles’ not their real names
FBI Agent: So you don’t actually know them ?
Citizen#1: Not really !
FBI Agent: Well what scientific jobs do they hold ?
Citizen#1: Well we don’t really know but everyone at ecat news thinks Popeye is brilliant, he is a walking encyclopedia on science and Mary Yugo (Al) has posted perhaps 12,000 posts (maybe even double that) since 2011 when Andrea Rossi 1st claimed he had created his new invention.
FI Agent: So you don’t know who these claimed ‘scientists’ are, you are not being defrauded, you don’t know anyone else being defrauded and you want us to arrest this Rossi guy ?
Citizen#1: Well there are these Venture Capitalists who have given money to Rossi to run tests. They are being robbed !
FBI Agent: Have they filed any complaints ?
Citizen#1: Not that we know of but we are mounting a campaign to intimidate 2 of these VCs into either dropping support for Rossi or making a public statement that the devices don’t work !
FBI Agent: But you don’t actually know if they don’t work !
Citizen#1 But Popeye tells us the devices don’t work and Mary Yugo has proven (to us) beyond any shadow of a doubt that Rossi is an evil lying cheat. You Mr FBI have to arrest him ! Go to the website called “Shutdown Rossi” ALL the evidence is there !. Just ask Gary Wright !.
FBI Agent: Hmm who is Gary Wright ? – are you about to tell me you don’t really know ?
Citizen#1: Errr well Mary Yugo and Al both provide Gary Wright with ‘facts’ so he is the person to interview
FBI Agent: Yes I see. Another person you have never met and don’t really know who he is or if he actually exists as a person.
Citizen#1: Mmmm I guess so
FBI Agent: And you have never met Popeye and have no idea who he is or what he does. So is HE a real person ?
Citizen#1: Well now that you come to mention it some people have argued he flip-flops between sounding like a real person and then spewing forth facts like a software program designed to filter scientific data which he can churn out at a rate that few other humans could and can do it non-stop.
FBI Agent: So let me ask again, what is the fraud.
Citizen#1: I told you already, Mary Yugo says Rossi is a liar a thief and a cheat and he has been chasing Rossi non stop for 5 or so years. He lives to expose Rossi.and it is what drives him, he is a hero
FBI Agent: He? she? – Hmmm Thankyou Mr citizen, we will look into your claim but please don’t call us, we may call you if needed. Don’t bother leaving your details. We have all we need.

a) AXIL about the Rossi Effect

IMHO, Rossi partitions his reaction into two major steps, fuel preparation and on-line operation to avoid the burst radiation problem that MFMP has seen in their experiment.

The DC arc from the welding rods is used to sinter the 5 micron particles into a particle size profile as defined in Rossi’s patent: 1 to 100 microns with increased porosity of the resultant particles.

In addition, the goal of the fuel preparation process is to produce metalize hydrogen which requires a very high nominal pressure of formation of 250,000 atmospheres.

The pulsed high amperage DC arc produces a pressure based shock wave that in turn produces the high pressures required to generate the metalized hydrogen.

The fuel pre-prep mix must also include lithium in pure form to reduce the pressure required to produce metalized hydrogen by up to 8 fold.

Therefore, the lithium present in the fuel mix cuts the pressure to form metalize hydrogen to about 31,250 atmospheres. The shock wave from the DC arc and the molecular bonds that hold the hydrogen inside the Nano cracks of the porous nickel are sufficient to compress the hydrogen under high pressure to compression levels in which the metalized hydrogen hexagonal lattice will form.

The online process where heat is applied to the metalized hydrogen activates the hydrogen nanoparticles into the LENR active state.

As per Holmlid and supported by high levels of carbon in the Lagano fuel mix, Potassium doped graphite might also be present as a metalized hydrogen catalyst in the pre fuel mix.

Because of the DC arc, the fuel prep process produces radiation in preference to heat, but an amount of metalized hydrogen nanoparticles is seeded into the porous nickel fuel particles. When the online process is activated by the application of high heat, EMF forms on the surface of the metalized hydrogen which makes this special type of hydrogen LENR active,

b) AXIL describes ITER the huge (as dimnensions) alternative to LENR:

When it’s finally built, ITER will be the world’s biggest experimental tokamak nuclear fusion reactor—and probably our best chance to date for making nuclear fusion work. But engineers are currently toiling with building the damn thing and its magnets are proving to be a challenge.


A toroidal fusion reactor like the the smaller Experimental Advanced Superconducting Tokamak, ITER’s design uses a donut-shaped reactor in which incredibly hot plasma resides. Careful control of intense magnetic fields allows the plasma to be contained in a tight ring running through the center of the donut’s circular cross section—which means that the walls of the structure are never directly exposed to the high temperatures of the plasma. By high, we mean really high: Temperatures of the plasma are expected to reach 150 million degrees. So the magnets better be pretty good.


Indeed, Engineering & Technology reports that the magnets are indeed huge. The one that’s currently being built is 45 feet long, 30 feet wide, and 3 feet deep. They’ll also weigh between 250,000 and 500,000 pounds—which is about the same as a Boeing 747 airplane. The final device will actually use a staggering 18 of the things.

They’re made by winding superconducting cable—125 miles of which has been made especially for the project—around slabs of stainless steel plate, several of which are then stacked together. Pipes are also inserted during assembly, to allow engineers to pump liquid helium through, so that the cables can operate properly during operation.

The whole task involves 26 companies and 600 employees, with construction being carried out in the 3-acre assembly plant pictured above. Phew. Let’s hope it all works!