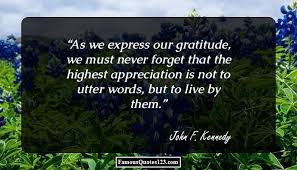 We owe deep gratitude to Martin Fleischmann and Stanley Pons for their great discovery and we have to continue to fight for the acceptance, technological rebirth and scientific understanding of LENR- making it the leading energy source of the future. Gratitude is not only a noble human feeling it is here  the creative action to reinvent LENR+ the useful form of what has started as Cold Fusion.
We have to excel in problem solving.

Today it is the 27th Anniversary of Cold Fusion, however it seems we will have no special good news to celebrate and no great revelations will appear. But does this make the 37th anniversary special? So many times our unique source of optimism was to see that despite troubles, attacks, relative failures LENR is real and not giving up despite its inborn weaknesses and limits and constraints and bad karma.

LENR has given me aims, sense and significance and meaning and order, priorities and a lot to search, work, write think daily and I will remain a LENR faithful till my sunset. If I have a bit of luck, the sunset could be bright.

I hope to see how a culture  of continuous improvements will develop in LENR. Perhaps this could start by rethinking what went wrong and why?

b) See please, I have tried but the ERV is like a rock too hard for my old, weak teeth.

It seems the ERV is perhaps used to play festina lente when it is about a huge responsibility.
However, the world’s greatest specialist in the Rossi Effect knows everything about the results and has also the bills of the accountant.
In his opinion the results are good or bad? Is he contented with the COP values
and other general, basic data?
He can give the most reliable answer.
Has he – being given the anniversary of tomorrow a personal message to the spirit of Fleischmann and to Pons?
A bit of certainty could make many good people happy.
I prefer a non- public answer if it creates the slightest problem to you.

Wish you all the best and more,,
Peter

Peter Gluck:
He,he,he…yes, as a matter of fact I have some familiarity with the E-Cat…
You are too intelligent not to understand why in my position I cannot absolutely talk of the results of the tests before the ERV has delivered them.
Besides, as expert of the matter as I might be, my personal considerations or results are worth like a joker in a poker contest.
I am very sorry , but, until the results of the report are delivered, it would be extremely incorrect for me to make any kind of comment.
This having been said, I am delighted to remind to our Readers that on the 23rd of March is the anniversary of the announcement made by Prof. Fleischmann and Prof. Pons of their experiment. Should they not have made that announcement, probably I would not have worked on the research oriented toward the LENR, and I think this is true for all of us.

Unfortunately, the other key person, the Accountant is unknown and inaccessible

LENR in the New York Times (For a Jewelry Prize)

Only Under A Trump Presidency Can A New Energy Source Succeed
http://newenergytreasure.com/2016/03/22/only-under-a-trump-presidency-can-a-new-energy-source-succeed/

Is it Time to Short the #SolarEnergy Market due to #LENR? Maybe $SPWR and $FSLR?
http://www.sifferkoll.se/sifferkoll/is-it-time-to-short-the-solar-energy-market/

http://www.amazon.com/Cold-Fusion-Not-Voodoo-Science-ebook/dp/B007P7ENSQ#customerReviews
There are more LENR books there!

When someone fails at LENR he has big problems, like a bemused traveler who stumbles into a den of pit vipers, there is no redemption. Damnation is a bitch. The lives and careers of Pons and Fleischmann were destroyed by their LENR failure. Have you noticed how Rossi invokes F8 and F9 anytime he says anything? Rossi will not take any small money investment; he uses only big money where the professional investors understand how failure plays a major role in the R&D game. Even the sainted Rossi knows how perilous the sin of failure can be among the proletariat.

In the LENR religion, an erstwhile prophet will be hoisted up onto the cross by the screaming mob in a heartbeat when the dawning of failure is perceived if not understood. Poor Dr. Kim, like P&F, the purest of the sacrificial lambs is again offered up on the blooded alter of failure.

But what is failure anyway. DGT failed to boil water, the true measure of LENR success. Their system wasted all its LENR energy on radiation, RF, and the production of magnetism. The Defkalion engineers were unable to turn the LENR reaction toward the production of steam. How sad.

Rossi says now that his new system produces light and electrons. In this new dawning of the next LENR epoch, heat is just an afterthought. On their seats of judgement, this goes to show how fickle, arbitrary, and wrathful the gods of LENR can be.


In engineering, determining why something fails is more important than observing success. We can learn much from the DGT failure.

In the case of the DGT system, the barrier to their success is the electric arc reaction activation process that they used. When that arc was triggered, it disrupted the Bose condensate process that thermalized any LENR energy that was produced. Instead of producing heat, X-ray radiation and various forms of intense EMF resulted. The condensate was disrupted during the period of maximum LENR activity.

In the Rossi system, Rossi uses an electric arc in the fuel preparation stage only where heat production is not required and x-ray radiation can be tolerated. When the fuel is placed on line, a Bose condensate thermalizes the LENR energy at high efficiency and no x-ray radiation is detectable.

The same radiation production mechanism is seen in this spark based system.

“It is revealed that the heterogeneous non-equilibrium plasmoid is an intensive source of soft X - radiation of 1 ÷ 10 keV quantum energy.”

This is a lesson to be applied to engineering other LENR systems, even though electric arcs are required to produce the metastable exotic hydrogen species needed to support the LENR reaction, the spark must not be used in the on line system.

The LENR reaction must be partitioned into two parts, one to produce the Rydberg hydrogen matter during fuel preparation and two the use of only heat during on line processes to keep the Bose condensate in place one it has formed.

Any system that uses spark discharge in on line operation is destined for failure. The Defkalion clone, AIRBUS system is an example. Also any on line system based on electrolysis is also a failure waiting to happen.


From Tanmay Vora
Symptoms of Organizations on the Cusp of Change
http://qaspire.com/2016/03/23/symptoms-of-organizations-on-the-cusp-of-change/?utm_source=feedburner&utm_medium=email&utm_campaign=Feed%3A+Qaspire+%28QAspire%29
Posted by Peter Gluck at 10:58 AM