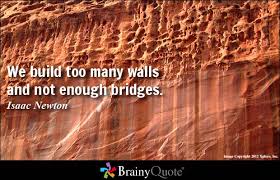 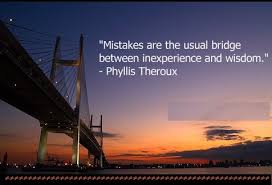 Architect Rossi could not build a fake bridge.

The plan was simple: to build a fake  bridge- that is one looking exactly as all other bridges-  just no man, no truck, no car no other vehicle or being could pass it from one side to the other or vice-versa  If trying too hard they will fall down and this  will be lethal given it was over the great river Saint Lenrus not less than 352 meters wide.
However the architect's plan failed because he was unable to build the fake bridge alone as he wished,he needed the approvals of the State Authority for Bridges, advised by many experts, got advantageous offers from many building materials companies, helped by the Army, staff, many workers. Eventually he has lead the construction of a perfectly real, fine bridge. Great traffic on it everyday.

About the bridge metaphor- it is for the the 1MW Doral Plant.  The enemies of Rossi
and of LENR+, stimulated by the publication of the ERV core report with stellar results, taking in account that the existence of the plant is certainty and it was functioning for 352 days continuously- have an unique solution left- to demonstrate that the result were completely fake- the question is how this happened for such a long time unobserved.. The Doral Plant has not appeared and grow up as a tree or as a cabbage
it was built on basis of design, nuclear engineer Penon has contributed to this together with Andrea Rossi and a rather multidisciplinary team including IT and control engineers. The basic rules of engineering and of safety had to be strictly respected- hydrogen is pretty dangerous, it is about high temperatures in the active core etc. Plant erection - many workers participated, engineers authorities had to supervise it.

Rossi was not alone in that plant, not there all time., IH people also there, visitors not all ignorants in matter of plants - the professional rules had to be respected, safety rules also, Rossi was not ubiquitous , omnipresent and omnipotent there. As alpha as he is, he could not  bewitch a flowmeter unobserved; the scenario imagined by IH supporter(s) is that the flowmeter quadrupled the flow values. Any worker from the plant could easily observe this, report to his both and the Test has to be stopped. It did not happen because it is just ill-willed imagination of an impossible malfunctioning.
And the plant as normal, had problems, as all plants have. I remember a few in which I have worked in 3 shifts too, surprises come all the time according to the rule of Pareto - 80% bad. And the Plant had a normal history of problems.

I wrote this for people able to think, to be objective and realist.
Those unable to manage their hatred against Rossi and LENR, will do what they are paid and/or programmed for- try to deconstruct, demolish what I wrote.

In comparison with arguing with them, Sisyphus is doing high efficiency work in Hades

Document 148 is an order for a visit and inspection of the E-Cat plant test site occurring either today or onMarch, 2, 2017.

When your E-Cats are on the market for massive distribution :

1) will your company be the sole supplier of the E-Cat manufacturers with the necessary fuel ?

2) will your company be the sole buyer of nickel from nickel producers, in order to prepare the fuel for E-Cats ?

3) will the nickel producers have to do some transformations of characteristics you will request on the nickel you will purchase from them ?

4) do you think the price of nickel per unit bought from the nickel producers will be significantly higher than its standard market price due to the transformations made by them ?

Thank you in advance for your answers,
Best wishes
FM

With thanks to Alan Smith:
WHY FACTS DON’T CHANGE OUR MINDS


Meet design thinking: An approach to problem solving that can increase the probability of breakthrough in innovation