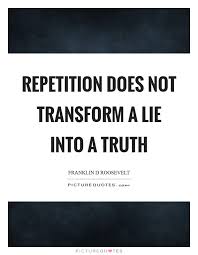 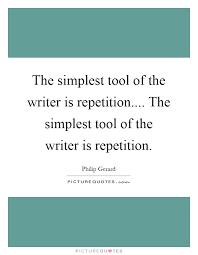 We could learn that repetition of untrue things, even mixed with true ones, has a dark, destructive side,

The solo organ grinder who has usurped the ColdFusionCommunity  domain
continues to write about me, a new over-wordy posting for today. The usual niceties
- louse, paranoia, my friends observe my decay..but today he amazed me with his stupid stubborn insistence that he can measure the diameter of an insulated steel pipe at the height of 3 meters, unobserved, with a screwdriver.
One of his pearls:
"From my point of view Peter's focus on technology makes him stupid, because technology  serves life and not the other way around."
Such a repetitive scandal source has to be ignored completely as Mme Ingrid.
advised why promote, give attention to such an individual? His somatic and mental health must be also taken in consideration.
Unfortunately he owns now the coldfusioncommunity.net domain- that's indistinguishable from a blasphemy, is an offense for the memory and creations of Martin Fleischmann and Gene Mallove and many other real scientists, dead and alive. What became 'Cold Fusion community'!

NOTE. 31 years ago my younger alter-ego YVES-HENRI PRUM was born.
A life changing event for me.

3) Rossi vs. Industrial Heat — How is Boeing Involved?
http://www.e-catworld.com/2017/02/08/rossi-vs-industrial-heat-how-is-boeing-involved/

Kraig:
I think everybody has noticed that we do not comment issues to be discussed in Court, while IH- Cherokee Fund Partners try to raise mud in the blogs. Any comment on this fact is useless.
In general, let me say that if you measure data with two certified instrumentations on the same thing in the same point or close, obviously the data are the same, unless one of the instruments is nuts.
I am not referring to the specific case, but in general. The specific case will be discussed upon in Court.
As I said, we have plenty of evidence to confirm the data of the report in Court and I am very optimist about what is emerging in evidence in the proper site.
Warm Regards,
A.R.


6) Get out of the new road if you can’t lend a handhttp://coldfusioncommunity.net/get-out-of-the-new-road-if-you-cant-lend-a-hand/
It happens to be about me.

Bohr's quantum theory revised
https://www.sciencedaily.com/releases/2017/02/170207093351.htm
Date:February 7, 2017
Source:Plataforma SINC
Summary:
Bohr’s atomic model was utterly revolutionary when it was presented in 1913 but, although it is still taught in schools, it became obsolete decades ago. However, its creator also developed a much wider-ranging and less known quantum theory, the principles of which changed over time. Researchers have now analyzed the development in the Danish physicist’s thought – a real example of how scientific theories are shaped.