DEC 10, 2016 KALEIDOSCOPIC THINKING ABOUT LENR WILL BE BETTER THAN MONOCOLOR. 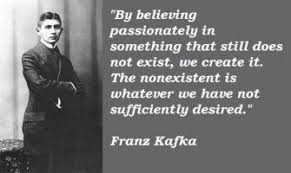 Creativity is a lot like looking at the world through a kaleidoscope. You look at a set of elements, the same ones everyone else sees, but then reassemble those floating bits and pieces into an enticing new possibility.  (Rosabeth Moss Kanter)
The kaleidoscope has been shaken. The pieces are in flux. Soon they will settle again. Before they do, let us re-order this world around us. (Tony Blair)

Sciences usually advances by a succession of small steps, through a fog in which even the most keen-sighted explorer can seldom see more than a few paces ahead. Occasionally the fog lifts, an eminence is gained, and a wider stretch of territory can be surveyed—sometimes with startling results. A whole science may then seem to undergo a kaleidoscopic rearrangement, fragments of knowledge sometimes being found to fit together in a hitherto unsuspected manner. Sometimes the shock of readjustment may spread to other sciences; sometimes it may divert the whole current of human thought. (Sir James Jeans)

Kaleidoscopic thinking about LENR will be better than mono color.

After an early schism in LENR thinking- a deep cognitive chasm separates those who know that LENR takes places at the surface of Pd and those who are certain that the Lattice is the place where fusion can happen- add to these opposed scenarios the presence or absence of active sites also called N.A.E. This scientific conflict seems non-solvable. Parties represented by Ed Storms and Mitchell Swartz- promoting the theories of Peter Hagelstein.

These days an other conflict between the more or less orthodox D-D Fusion snd the heterodoxia of the Widom-Larsen theory entered in an active phase- the title of Steven Krivit's book; "Fusion Fiasco" sounds like a  declaration of war.

In 2012 I coined the term LENR+ for enhanced excess heat LENR - at high temperature due to the surface dynamism of the metal (nickel)- this concept is rejected by the great majority of my LENR colleagues. Actually the central issue in the Rossi vs, Darden trial is if LENR+ exists and has worked in the 1 year, 1-MW Test- or not.
These are seen as dualistic Yes/No conflicts but I wonder if they are really so.

First, in LENR we are (I think so) in an incipient stage of discovery and knowledge
Second Truth is broken  (see please the religious metaphor in:
http://fqxi.org/data/essay-contest-files/Gluck_essay.gluck1.pdf)
and we have in LENR a large collection of fragile truths- as many pieces of broken colored glass. This has suggested me the idea that LENR is, metaphorically a kaleidoscope - the components of its beauty being Otherness, Complexity, Diversity, Dynamicity, Metamorphosis and Creativity- the 6 Pilars of LENR+.
In such a vision isn't possible to combine the surface and the lattice concepts , couldn't we find somewhere some seeds of truth in the W-L theory, wouldn't it be easier to accept the productive form of LENR? Let's try to think more kaleidoscopically!

JPR:
Today we complete the test made by the independent engineer.
We arr going very well, all my data have been confirmed, with minor corrections.
Warm Regards,
A.R.LENR IN CONTEXT-1

https://www.sciencedaily.com/releases/2016/12/161209100408.htm
Date:December 9, 2016
Source:National Institutes of Natural Sciences
Summary:
Scientists has succeeded in revealing the flow of negative hydrogen ions using a combination of infrared lasers and electrostatic probes in the ion-source plasma, which generates a negative-hydrogen-ion beam. This is the first time in the field of fusion research that the detailed ion flow, which changes direction and moves toward the beam direction in the ion source, has been demonstrated experimentally.