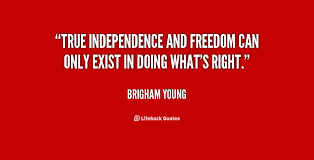 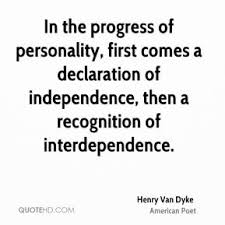 a) Strategy Management aspects.
At the local US-Romanian University of Eco-Management where I have taught Management of Technology-  there were more reputed professors of Strategy Management whom I admired, discussed cases with them and I have their books.
Therefore I can wonder in a rather documented way about some issues and actions of the company/companies confronting inventor Andrea Rossi in the trial.
However from start, in the very spirit of realism and pragmatism we must
accept that no strategy can compensate indeed for lack of knowledge and for absence of solid convincing proofs. What can you do, then?

On LENR Forum for IH, a forum member with the nickname "ele" probably Lawrence Edwards or Edward Lorentz- has published today the following strategic image:

"Reading carefully the documentation published I think that now I can have a much more precise idea of what the real contribution of IH and Mr. Darden to the LENR community:

1) First of all they collected about 100 M$ saying to their investors that they bought the IP of Rossi and showing them the 1MW plant during the one year test. No problem with the test was risen about the test and even about Lugano or any other test in this phase.
2) Seems that 100 M$ has disappeared (no trace in documents) and so IH decided not to pay Rossi (losing the IP) and IH told the investors thet it has substituted the Rossi technology with others.
3) this others technologies (reading the papers) seems to have much lower results the the one from Rossi or even may be in conflict with the Rossi patent, so they have almost no commercial value but IH investors have been told they they are a gold mine.
4) The new technologies inventors (Piantelli at al. ) have not been paid with real money but with shares of IH or other
5) Darden is paying (with real money) actors on the web (Weaver/Sigmoidal, J.Rothwell and others) in order to influence the trial.
Not a nice scenario ! I presume that part of this activity is illegal.

Anyway this forumist is probably not a known LENR researcher his opinion is not biased in any direction, just what he has observed.
.
It happened that the leader of the IH supporters has definitely disliked the message of "ele" and , inter alia has rejected angrily the idea of "influence the Trial" as calumny- I had to remind him the sincere revelation of his aim on LF as:"

To expose Rossi in perpetuity to the US Federal Court for what he really is"
(when not Rossi is judged!).

Unfortunately it seems that Rossi's enemies are already radicalized and immune to logic and common sense and ready to even stop NiH research just because it is connected to that demonic individual.

The strategy of IH et al on the technological level is based on weak proofs, see please what I wrote about the Exhibit 5 yesterday. Now I want speak of an other aspect of Rossi's Test, misunderstood by the (original) beneficiary.

Besides the 'proofs" of Exhibit 5 the single weakness  claimed by the IH party is the Customer JM  - the accusation is that it was not possible to consume such a lot of energy on  daily and hourly basis and that this Customer was not independent from Rossi.
What is crystal clear Rossi and JM must answer exactly to how energy was used
and you all will read it in the publications of the Court. I am sure that all the claimed heat was perfectly real  and all heat was treated. Rossi is not stupid and has no suicidal traits. Nota bene, there was no contractual reason to obtain so much heat
if it was produced since in the agreement the success of the performance test was determined by te COP that had to be at least equal with that of the COP obtained in the former validation test from Ferrara. (COP>6)  It was without any limitations to the amount of enrgy however Rossi being a technologist  knows that in technological progress size matters and see what performances he has attained in both productivity (Heat/time) and efficiency that is COP!
Being given tha sooner or later the treatment of heat will be disclosed in the Court,
it is obviously totally useless to make assumptions by ignorant people in the "favor" of IH, reality and truth will prevail.
As regarding the "independent" customer please admit that this was a very difficult breakthroughing great scale test, with unknowns and risks due to its novelty.  It is abrnd new pioneering technology and it was an obligation to eliminate any problems and  surprises from outside- there were enough inside. Energy production and energy consumption had to be continuous, constant as much as possible- in harmony and equilibrium. For this an "independent" Customer with variable demands, its own problems and making surprises was inadequate- it was about the energy of the future not of the present

Thinking about the Customer it is clear that thje Plant could not work well, continuously, constant mode in equilibrium and harmony with a so-called INDEPENDENT Customer who has very variable energy demands, maintenance problems,  and comes with unexpected requirements- so JM has actually cooperated on technological basis with the generator plant.
The technology is great but it is far from being mature so harmony between the
generator and the consumer plants was much more relevant than Independence - an easy favorite slogan of the technology analphabets more interested in formal(izable) aspects than in the essence of technology and development..

Independent i not a value per se,  we live in an interdependent world and so is
the world of technology and innovation too.
When the Trial will be over- the Era of truly independent customers will start- exponentially...

Abstract--
There has been a huge discussion about the technology of Low Energy Nuclear Reaction (LENR) devices. Some of the common assumptions about this technology discuss the projected major transformation of our present society in points of infrastructure, cost of power and power storage, but a clear economic impact simulation in a business plan systematic review manner with different parameters and scenarios is still missing. The question is how will the lives of people be affected by LENR and how will power industry adapt the potential huge changes in infrastructure and cost of power. There is no doubt that access to LENR will change the lives of average citizens for that matter. The here described model is a monte-carlo simulation scenario model to find a proposed business and socio-economic value of the LENR technology as impact on current infrastructure, economy and citizens of a given country. The simulation is a good tool for pricing discussions, price modeling and predictive modeling on the technology impact. The validation of the model over common mechanisms is work-in-progress. Index Terms—LENR Pricing, Commercialization of LENR, Technology Assessment, LENR Economy
Discussed at:
https://www.lenr-forum.com/forum/thread/5169-potential-economic-impact-of-lenr-technology-in-energy-markets/

Dr Andrea Rossi:
In India your Effect has been replicated obtaining a COP 8.
It has been published on Ecat World.
After the replication of Nissan, now this:
Comments?
Jeffrey
Andrea Rossi
March 19, 2017 at 11:31 AM

Jeffrey:
Thank you for the information. I cannot comment until I receive a complete report of it.
Warm Regards,
A.R.
Rex
LENR INSPIRATION

https://www.sciencedaily.com/releases/2017/03/170315115118.htm
Date:March 15, 2017
Source:Universiteit van Amsterdam (UVA)
Summary:
Quantum mechanics is a probabilistic theory that does not describe individual events. Yet when we perform a single measurement, we find a well-defined outcome. This apparent contradiction, known as the measurement problem, has a long history going back to the early days of quantum mechanics. A research collaboration proposes a new approach to this problem.

3) Why You Need a Personal Innovation Strategy
http://innovationexcellence.com/blog/2017/03/15/why-you-need-a-personal-innovation-strategy/