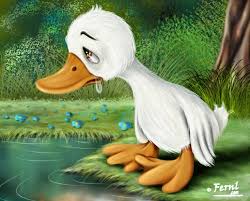 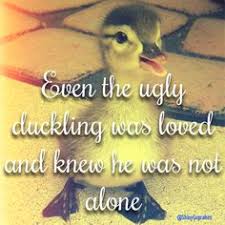 Nothing is new under the Sun- at my age I have serious doubts that this is true.
In the frame of my blog I am trying hard to tell you (and before this to myself) about new things or, a step lower, about new approaches to rather old things.
Wishing Happy Birthday to somebody and then after 12 months wishing again is not repetition or lack of creative fantasy.
Now I will make an exception- speaking about a rather worn out (?) metaphor for Cold Fusion LENR; i have too because some new aspects were revealed.


To illustrate the situation I want to use an analogy because we think with analogies, However this analogy must be fixed, it is known in a deeply erroneous variant. I know everything about it, including all corrections; while you all were told only about the highly idealized form of the story trying to make the poor ugly duckling an ideal hero, see
http://en.wikipedia.org/wiki/The_Ugly_Duckling

Hans Christian Andersen wanted to show that he is actually the ugly duckling, but being the illegitimate son of an aristocrat, his noble, swan like nature, will eventually prevail.

The true story of the Ugly Duckling.

For swan ladies wanting intense sexual life or being feminists, the equivalent of abortion is laying an egg in the nest of ducks.(not a cuckoo patent!)

They further don’t care for the fate of their children. Swan babies are ugly and clumsy and strange, they will receive lots of insults and will grow up in a crippling world, dominated by hostility and nastiness, both psychological and physical. Very soon the young swans will lose completely their self respect and will suffer personality collapse under the terrible stress, oppression and continuous humiliations. Evolution depends 80% on education and only 20% on genetics, therefore the poor unhappy creatures will be soon deprived of their swan nature/essence, in most cases, irreversibly. The end of story is tragic the demoralized, depressed, desperate, hopeless ugly little duckling will become a mature but underdeveloped ugly duck for the rest of his/her short wasted life. C’est la vie… de la pauvre cygne).
You can easily guess that I have not told you this deeply pessimistic tale as a member of the Swan Protection Society. No, I have informed you because it opposes realism to the false Andersen story.

It is kind of metaphor of LENR that was raised as a cold fusion duckling however its real nature is superior, a more interesting process both nuclear and non nuclear but not simple primitive brutal fusion –at least for the swan like rich energy source.

But we can add something now, 11 days before Cold Fusion's 28-th birthday?


The story has actually happened on the Lake LENRA, not to be confounded with the
dangerous Lake LERNA - known for the terrible Hydra. See this, please:

A little ugly duckling has appeared here years ago. Leading zoologists say that it was not so soaringly ugly at all, the real problem was that it was little and weak and could not grow- as an unhappy bonsai creature kept in the prison of an invisible glass bottle
The vision of leading zoologists became:"this is not a lowly duck, Anas platirynchos but a splendid swan, Cygnus ovo-aurea ( laying golden eggs if well fed)"
But the things did not evolved as they (and we all) have expected)
The most expected transformation of the little ugly duckling did not take place even after 28 long years- little ugly duckling, LUD for its friends, is still a weakling.
LUD, himself became depressed but continued to hope and to try to change deeply, in vain. The sad thing is that it has developed an unhealthy phobia of swans and even started to hate and insult swans  saying "they are not genuine". In  a case it surprisingly encouraged some nasty prey birds that attacked a swan saying it is not white but black. Surprising, but if you cannot grow up physically it is difficult to row up in other senses.

The SOLUTION, as I see, is this:
Lake LENR is actually much, much greater than the limited zone in which LUD lives now, the lake is connected to a Sea of Discovery and Metamorphosis
with huge waves and violent storms. Only by boldly traveling there will the great wonder of Cygnification happen, not in the pond-like place where the our hero water bird is trapped now.

Dear Dr Andrea Rossi:
What do you think of the last complaints deposited in Court by your attorneys?
Can you comment, since they already are public?
Cheers,
Brittany
Andrea Rossi
March 12, 2017 at 7:43 AM

Brittany:
1- I want not to comment anything related to the litigation. Actions must be done in Court, not in the blogs. Chatters are useless
2- documents speak for themselves
Warm Regards,
A.R.
and

Dr Andrea Rossi,
The theory related to your effect you are studying upon will be solid and convincing?
Thank you if you can answer,
Tod
Andrea Rossi
March 12, 2017 at 11:14 AM

Tod:
Let me suggest you that the theory that today is considered the most “solid and convincing” in Physics is Quantum Mechanics: well, actually this theory is used because helps to construct a useful structure of understanding, but leaves enormous space to conjectures and unresolved problems. When a theory does a good job at making coherent a multitude of phenomena, you adopt it, albeit you don’t think you understood as well as you should.
We are in an analogous position.
Warm Regards,
A.R.

Abstract
A solid fuel power source that provides at least one of electrical and thermal power comprising (i) at least one reaction, cell for the catalysis of atomic hydrogen to form hydrinos, (ii) a chemical fuel mixture comprising at least two components chosen from: a source of H.sub.2O catalyst or H.sub.2O catalyst; a source of atomic hydrogen or atomic hydrogen; reactants to form the source of H.sub.2O catalyst or H.sub.2O catalyst and a source of atomic hydrogen or atomic hydrogen; one or more reactants to initiate the catalysis of atomic hydrogen; and a material to cause the fuel to be highly conductive, (iii) at least one set of electrodes that confine the fuel and an electrical power source that provides a short burst of low-voltage, high-current electrical energy to initiate rapid kinetics of the hydrino reaction and an energy gain due to forming hydrinos, (iv) a product recovery systems such as a vapor condenser, (v) a reloading system, (vi) at least one of hydration, thermal, chemical, and electrochemical systems to regenerate the fuel from the reaction products, (vii) a heat sink that accepts the heat from the power-producing reactions, (viii) a photovoltaic power converter comprising at least one of a concentrated solar power device, and at least one triple-junction photovoltaic cell, monocrystalline cell, polycrystalline cell, amorphous cell, string/ribbon silicon cell, multi-junction cell, homojunction cell, heterojunction cell, p-i-n device, thin-film cells, dye-sensitized cell, and an organic photovoltaic cell, and an antireflection coating, an optical impedance matching coating, and a protective coating.
Discussed at:
http://www.e-catworld.com/2017/03/12/new-brilliant-light-power-patent-application-filed/
http://energycatalyzer3.com/lenr/brillouin-raises-7-75-million

Ask Ethan: If the Universe is expanding, why aren’t we? (Synopsis)http://scienceblogs.com/startswithabang/2017/03/11/ask-ethan-if-the-universe-is-expanding-why-arent-we-synopsis/

Liked this nice quote:
"The Universe is expanding the way your mind is expanding. It’s not expanding into anything; you’re just getting less dense.” -Katie Mack

A new form of intelligence:

Connectional Intelligence: How companies can harness relationships to drive innovationhttp://www.techrepublic.com/article/connectional-intelligence-how-companies-can-harness-relationships-to-drive-innovation/