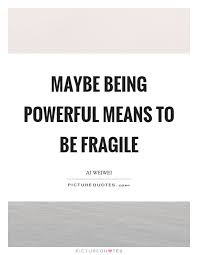 FRAGILE
I would be interested in any suggestion that focuses on controlling crack formation.
(Edmund Storms, yesterday)
Many cracks means a material that is fragile in the given experimental circumstances

My answer for Nickel- gas phase, high temperature, treated to be more receptive in interaction with hydrogen in a reactive form, -NAE i.e. active sites are agile,fast, mobile scientific/technological objects/entities; the rates of their birth, active times and effectiveness, destruction, re-birth have to be well adjusted by engineering- in a creative, long lasting equilibrium thus assuring continuous production of excess heat. Thus the number, density of active sites is "extended" in time; much higher values can be obtained than with pre-formed active sites having a long life and resisting to many nuclear processes. In-situ born NAE or active sites assure great productivity of the heat release process, in optimal conditions the formation of new sites does not need any energy from outside and the generator enters a self-sustaining regime, globally the excess heat releasing becomes multiplicative. The process becomes continuous for long time. In a way, this is a life-like, biological metaphor of active sites- it must be analyzed scientifically. But the principle of agile
renewal is the core of the idea- yes, LENR+ is real and usable.

It is possible the concept of pre-formed long lived NAE of Ed Storms is valid for the PdD wet system. And  hic et nunc I got an idea- perhaps in the almost mythical Pd cube of F&P due to slow heat transfer and/or burning of deuterium the temperature in the core of the cube has increased to hundreds of degrees and thus a dynamic regime of NAE-genesis was triggered- with spectacularly increased 'explosive' heat release. Just a possibility. But testable!

Good LENR must be controllable, manageable, actionable and inherently perfectible even when working in difficult circumstances. Re-read please Alain Coetmeur's presentation of this important and inspiring concept and of Taleb's thinking:

And my essay/idea written when the 1MW test was going on and nobody has told a bad word about it.
http://egooutpeters.blogspot.ro/2015/05/the-idea-of-antifragile-hot-cats-some.html
DAILY NEWS
1) New USPTO  LENR Patent Applications found by Lou Pagnucco;
https://www.lenr-forum.com/forum/thread/4846-new-uspto-patent-applications/

A material arrangement for a fusion reactor comprising at least one material which is configured as a foam-like carrier material for condensable binding and fusing of hydrogen.
The carrier material is provided with positively charged vacancies for condensing hydrogen atoms, small pores for receiving the condensate and for accelerating the condensation after previous penetration of atoms or molecules into these, and large pores for transporting a catalyst into the small pores. Furthermore, a method for producing the material arrangement is disclosed.
http://appft.uspto.gov/netacgi…0025191&RS=DN/20170025191

3.-United States Patent Application - 20170025967 - January 26, 2017
CIRCUIT FOR DIRECT ENERGY EXTRACTION FROM A CHARGED-PARTICLE BEAM
Applicant: THE REGENTS OF THE UNIVERSITY OF CALIFORNIA
Abstract:
Provided herein is a fusion energy extraction circuit (FEEC) device having a grid-tied

bidirectional converter and a resonant converter. The resonant converter can include an inverse cyclotron converter with two or more or quadruple plates and a plurality of circuit switches. The bidirectional converter can include a three-phase grid-tied converter. The FEEC device is capable of decelerating plasma particle beams, thereby extracting the energy from the deceleration, converting the extracted energy to electric energy, and sending the electric energy to a power grid.
http://appft.uspto.gov/netacgi…0025967&RS=DN/20170025967

Andrea, this has been a very long game for you specifically, but for all of us cheering you on in the bleachers. Seems as though we completed several over time periods and the goal posts keep moving.There is no clear winner yet. Will there come a day when we your fans and supporters can walk with our chins up and with confidence tell our friends and family that the Time Has Come! Andrea Rossi has commercialized cold fusion (LENR)?
Cheers, Bob K

Bob K:
I am working at my best.
Warm Regards
A.R.

4) Why the Doral conditions matterhttp://coldfusioncommunity.net/why-the-doral-conditions-matter/#more-1421


Nanocavity and atomically thin materials advance tech for chip-scale light sources
https://www.sciencedaily.com/releases/2017/01/170124111434.htm
Date:January 24, 2017
Source:University of Washington
Summary:
Engineers have discovered an important first step towards building electrically pumped nanolasers that are critical to the development of integrated photonic based short-distance optical interconnects and sensors.LENR IN CONTEXT-2

From Tanmay Vora
5 Elements of Working Out Loud by @JohnStepperhttp://qaspire.com/2017/01/26/5-elements-of-working-out-loud-by-johnstepper/?utm_source=feedburner&utm_medium=email&utm_campaign=Feed%3A+Qaspire+%28QAspire%29