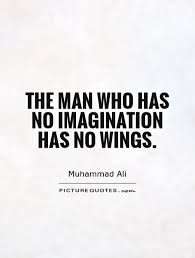 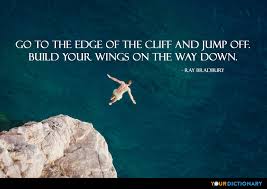 
One of my favorite sites during my web-search years was The Painters Keys by the Canadian painter Robert Genn: http://painterskeys.com/ A great author too, a wonderful collection of Art Quotations is here too- Robert is not more with us but his daughter continues to publish his and her letter twice a week. It is a pleasure to read them even if you are not an a artist- the artistic mode of thinking putting emphasis on what is different (while the scientific mode tries to develop similarities is inspiring and regenerative; OK this is a simplification, I know) Yesterday on the site it was remembered this classic writing of Robert:

Winging itJanuary 12, 2006Dear Artist, On Dec. 8, 1903, with government funding, countless advisors and great ballyhoo, Samuel Pierpont Langley's flying machine plopped unpleasantly into the Potomac. Nine days later, Orville and Wilbur Wright got their Flyer off the ground. Why did these bicycle mechanics succeed when a famous scientist failed? Langley's plans were mostly theoretical and his machine was produced from blueprint and built by others. But by studying the Wright brothers' working notes, you see that their insight and their execution are woven together. By trial and error and over a period of time they solved problems like wing shape and wing warping. Each adjustment was a small spark of insight that led to others. Along the way they found it necessary to build a wind tunnel and other devices to test the lift and controllability of their ever-changing designs.  \

Very early it was created a wishful association between Cold Fusion and the Wright
Brothers- in larger sense between the history of aviation an the developing expected history of LENR. It is difficult to discover some profound predictive similarity; the triumph of viation was in no way contagious in this case.
However what Robert Genn has said is vitally important for the difficult Art of problem solving. Specifically what you do when you have no idea of what must be done when there no sufficient data, It is scarcity of relevant information, when yo must grow your knowledge as in the second Motto above. How can you learn to ask smarter and smarter questions despite poor or even misleading feedback. The example of the Wright Brothers show a behavior and mentality that I considered kind of proof of my "technology first" or more pragmatically speaking- "create actionable parameters!".

Let's decide who in our field really is the equivalent of the Wright Brothers?


!!! b) THE YEARLY INTELLECTUAL FEAST- AT ORGANIZED BY EDGE.ORG
The yearly question was:
2017 : WHAT SCIENTIFIC TERM OR CONCEPT OUGHT TO BE MORE WIDELY KNOWN?https://www.edge.org/contributors/what-scientific-term-or%C2%A0concept-ought-to-be-more-widely-known
A lot to read many interesting concepts that are useful and relevant for LENR too.
You remember surely, last year on Jan 2, 2016 we told you about an answer to the EDGE.ORG question by Carl Page who has explained how important is LENR.
http://egooutpeters.blogspot.ro/2016/01/jan-2-2016-lenr-message-and-info-second.html

Please help me to discover something useful for LENR this year too. Thanks!