500 years of Reformation these days 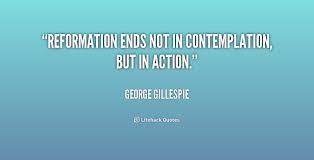 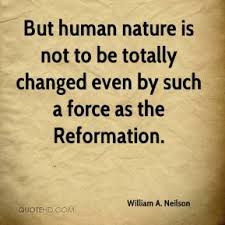 a) 500 years of Reformation are celebrated these days

Beyond any doubt a very important event. The 95 Theses of Martin Luther have changed history.
Something similar has to happen with LENR, however I have written over 1000 postings re LENR but only 78 theses are ready. But still coming, deep LENR reform.
Schisms in LENR are already here, a real reform is more difficult.

b) What Ramayana teaches us about the perfect LENR experiment?

In the great ancient Indian epic, Ramayana, Sita, Rama's dear wife is kidnapped and held prisoner by the Demon king Ravana. Rama fights with the demon and liberates
Sita (long story, part of Humankind's superior culture)- I have read it 60 * years ago. The couple could live happily however Sita's purity is put n discussion and despite the fact that she passes perfectly the Fire Ordeal she must live far from Rama in a forest together with her newborn twins.
https://en.wikipedia.org/wiki/Ramayana#Sundara_Kanda

A huge bureaucratic, fanaticism driven injustice. It reminds me  about the treatement applied to the classic Cold Fusion experiments, with the unique difference that those experiments were weak but not flawed. The same story with Andrea Rossi dozen plus tests. Even about an 1 year 1MW test- lack of purity was discovered, revealed only when the Test was over and Rossi wanted the money according to a valid contract. Suddenly the experiment's purity was in doubt.
But it is not restricted to Rossi. Yesterday the Brillouin-SRI breakthrough seemed to be sure and pure (scientifically speaking) This morning, starting with a discussion about the complex wave form at Brillouin's Process- the story of Sita starts to be repeated once more. The research starts to be impure now...
Andrea Rossi's "In mercato veritas" meaning that LENR can be verified with absolute certainty only by commercial application- is becoming an axiom.

Abstract
There is a small literature on the combination of low energy nuclear reactions (LENR) experiments and radiofrequencies (RF). The papers are worth attention in case they can teach anything about the mechanisms behind LENR. Application of RF to LENR electrochemical cells in the mid-1990s clearly showed increases in the production of excess power. More recently, RF have been measured in LENR cells. However, it is still possible that those data are artifacts of the operation of the system, and not indicative of LENR. It has been suggested that the appearance of RF in LENR experiments is the cause of LENR, and not merely a manifestation of such reactions. That possibility has significant implications. In the present paper, we summarize and analyze the results obtained by different research groups concerning the application and emission of RF in the kHz to GHz range associated with heat production during electrochemical loading of deuterium into palladium. ⃝c 2016 ISCMNS.
All rights reserved. ISSN 2227-3123 Keywords: Electromagnetic emissions, Electromagnetic radiation, Excess power, LENR, Heat p

2) And also from David Nagel:
A detailed report on ICCF-20 is now on the web at:
http://www.infinite-energy.com/iemagazine/issue131/NagelIE131%20ICCFPart1.pdf

To note what he says about Brillouin's axhievement:
Michael Halem is an investor in Brillouin Energy Corporation (BEC). According to their website,3 the company has two technologies: 1. A low temperature system operating up to 150°C based on an electrolytic (wet) process. Brillouin Energy’s WET™ Boiler systems can supply low temperature thermal energy for space and water heating, and other common low temperature industrial purposes, such as food processing or healthcare applications. 2. A high temperature system operating at 500ºC to 700ºC based on applying high-pressure hydrogen gas to the core. Brillouin Energy’s Hydrogen Hot Tube (HHT™) Boiler systems can supply high temperature process heat and can also be used to generate electricity in much the same way as fossil or nuclear fuels generate electricity. Halem is also a very capable technologist, who has been making measurements on the BEC HHT™ system at both the company’s location in Berkeley, California, and the SRI International laboratory in Palo Alto, California, and then analyzing the resulting data. His presentation at ICCF20 provided the results of his ongoing assessment of the high temperature system. Halem’s abstract stated that the “results show with very high confidence excess energy output above chemical” reactions. He stated that nuclear reactions yielded “12 to 20 watts over an 18 to 20 hour period several times during the spring and summer of 2015.” The power input was stated to be 80 W. A second presentation on the LENR development work by Brillouin Energy Corporation was given by Francis Tanzella from SRI International and three colleagues. The title was “Controlled Electron Capture (CEC): Enhanced Stimulation and Calorimetry Methods.” He began with a review of the CEC process envisioned by Robert Godes, the CTO of Brillouin. Tanzella also presented the following points to summarize experimental results obtained with the BEC electrolytic approach: • Excess power >100% seen in Ni/H2O electrolysis system • Pulsed axial and cathode voltages gave excess power in this system • Excess power depends on pulse repetition rate • Other proprietary pulse parameters necessary to give 25 - 100% excess power • Experimental conditions and results are consistent with CEC hypothesis • Changing pulse parameters allows for switching power production on and off The bulk of this paper was on results measured using the HHT™ system. The fourth generation hot tubes have hollow cores containing a heater, on top of which are applied layers of copper, alumina and nickel. The number of layers is variable. Pulses sent into the outer nickel layer return through the inner copper layer. Detailed diagrams of the associated computer system and the calorimeter were presented. The core temperature was varied from 200° to 600°C, but held constant during runs. The operational sequence was detailed, and equations governing the calorimetry were presented. Experimental energy gains from 1.01 to 1.44 were presented with the associated core temperatures. In all, over 100 experiments were performed using eight different cores. The optimum temperature was near 300°C. At the end of his presentation, Tanzella showed a photograph of the scientists and engineers involved in this work, which included 14 people
Paper discussed here:
David J Nagel in Infinite Energy : 20th International Conference on Condensed Matter Nuclear Science
https://www.lenr-forum.com/forum/index.php/Thread/4798-David-J-Nagel-in-Infinite-Energy-20th-International-Conference-on-Condensed-Matt/

4) A message from ERNO LAKATOS;
I think that the four questions (defined by Prof.Vysotskii)are already answered and complied by theoriespublished by Peter Kalman and Tamas Keszthelyi. You can find them here:http://lenrhun.hu/theoretical/

How do nanoparticles form in the SunCell plasma ball?

Supersaturation, oxygen and inert gas are all part of the Vapor-phase synthesis process.
Supersaturation
A common example of a supersaturated solution is the carbonated beverage. These have much larger amounts of carbon dioxide dissolved than would be possible in normal conditions. The gas is kept dissolved by increased pressure, but immediately begins forming bubbles of released gas where the solution is in contact with its container once that pressure is released through opening the container.

Supersaturated solutions of common substances such as sugar are also possible. Water can dissolve more sugar at higher temperatures, so cooling a carefully prepared solution of fully concentrated sugar water from high temperatures results in a supersaturated solution of sugar. A string or other object placed in the solution gives the sugar crystals a place to come out of solution, and any object thus inserted slowly develops a coating of solid sugar. Faster and more dramatic reactions are possible with different solutes.

If there is a pressure gradient in the plasma reaction process that is occurring in the teacup sided volume in the Mills reaction, as the supersaturated vapor leaves that reaction volume, then the metallic nanoparticles will nucleate in the lower pressure region of the plasma ball even if the temperature remains the same.

A roiling vortex like circulation will draw the nanoparticles back into the reaction volume where the reaction will continue indefinitely.

http://www.journal-of-nuclear-physics.com/?p=1012
by
George J ChangTheoretical Physics DepartmentNo. 1, Gong 1st Road, Cyuan Sing Industrial Park,Hemei, Changhua County, TaiwanE-mail: georgejchang@aol.com
Abstract
This paper reports a constant of energy deficit of 271 keV in all β decay processes, when we compare the β decay Q-values together with the involved particles, electron and neutrino, with the calculation of the proton/neutron separation energy differences which is equivalent to the β decay process between mother and daughter nuclides. This result, after being verified theoretically with deduction from basic definition of proton/neutron separation energy and calculation of nuclear data with both in good agreement, implies that this energy deficit of 271 keV in all β decay processes is either the value of neutrino mass or, if the result of KATRIN experiment, which concluded that neutrino mass to be less than 2.05 eV, is correct, something related to undetected dark energy.

Researchers Find Link Between Laziness and Intelligencehttp://bigthink.com/articles/researchers-find-link-between-tolerance-for-boredom-and-level-of-intelligence?utm_source=Daily+Newsletter&utm_campaign=1346831279-DailyNewsletter_+010617&utm_medium=email&utm_term=0_625217e121-1346831279-40538314
For you, I am not interested much - I could not afford laziness.