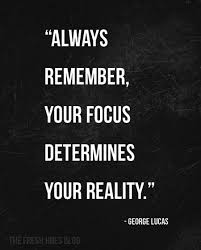 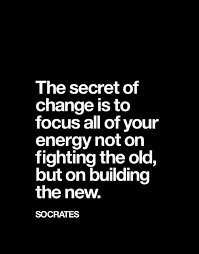 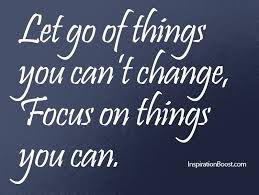 EDITNMH- the Focus of it

The idea of a movement etc for developing EDITNMH that is Enhanced Dynamic Interaction between Transition Nano- Metals and Hydrogen is both necessary and feasible- you will say; the idea will eventually succeed even if the name acronym will be replaced with a shorter, better one- officially.
However I want to make some things clear- and first- the focus of EDITNMH is about LENR+, NOT LENR classic. E- from the name is strongly about Energy and about Engineering too, T- is for Technology, N- alludes to NOT radioactivity. I am still publishing dally notes about my LENR ideology and EDITNMH is a result of this mode and focus of thinking. It is by no way a 'me too' action, I wtr to make a difference. The modus operandi of Andrea Rossi- except his secrecy re IP and his focusing on physics theoriy  exclusively- is a model and a guide- you are free to say what you wish.
I need to make some changes inclusive in my Blog in order to get rid of my painful Disfocusitis The No1 aim of the blog remains to inform you fast and completely about all the publications, presentations and events- with absolute priority.
Discussions re my ideas regarding incompleteness of PdD electrolytic system will be drastically diminished- they are collateral to LENR+  and protected by hyper-strong memes carved in stone.. Not much can be done and the research line is interesting (think about the recent Violante presentation, enjoyably smart!)

As regarding the Rossi vs Darden Trial, I think everything possible was told more times. The Law has its Way and it is too much lack of knowledge and speculation mixed in. A few days ago, IH has write something about 3 Terabytes of information
they have deposited in the Court- something as irrational as their famous 27 Exhibits
enough! Keeping informed but not investing my residual time in the chat about the trial.

Starting from tomorrow I will get in touch with my friends- people and organizations in order to create EDITNMH.

Dear Andrea,
In your answers to Sustainers and Stephen you have given us much more than dreams, Thank you!
Positive news and hope that finally 2017 will be THE YEAR THE WORLD CHANGED, f8.
The very best to you and your team in the next very important months, also that finally your tennis improves.
Best regards
Luis
Andrea Rossi
January 1, 2017 at 10:13 AM

Luis Navarro:
A new Dream is coming later, from a long night of the 2017 Eve…
The very best also to you,
A.R.

Dear Dr Andrea Rossi:
In 2016 you published here your New year Eve dream: what did you dream during this New Year Eve night?

Vance Neitzke:
This New Year Eve night I didn’t sleep, too many issues to think about, but, during that limbo status between to be awake and to be sleeping, I attended this dialogue by two characters: Galileo (G) and Andrea (A).
G- what the heck are you doing ?
A- testing the QuarkX
G- what is it ?
A- not your business
G- don’t worry, I am not a spy, just curious: what is it for ?
A- make heat
G- not much of an invention
A- make a lot of heat
G- still not much of an invention
A- make a lot of heat with a bit of energy respect the heat produced
G- now, that’s interesting
A- yep
G- for example, how much units of heat with , say, ten of the same units of supply ?
A- more than one hundred
G- that’s crazy: you kidding ?
A- nope
G- how did you invent it ?
A- mainly try and error, lot of work
G- I know the feeling
A- what do you do in the life ?
G- my life in this Earth is long past. At those times I discovered that the Earth was orbiting around the Sun, not viceversa, but most of all I estabilished a new scientific method to make science, based on experiments instead of speculations
A- that’s nice
G- official science tried to roast me for all that
A- I know the feeling
G- what do you dream to do with that gadget ?
A- make billions of them to make energy without pollution and with strong economic advantages: also, to reduce the global warming
G- what the heck is the global warming ?
A- forget it
G- when do you think you will start to produce that gadget, to start the route that will bring to make billions of them?
A- in this very beginning year, this is my very strong dream right now
G- how are going the experiments ?
A- well
G- do you know the theoretical bases the gadget works upon ?
A- working on that, I got good ideas, but I privilege the experimental activity
G- I know the feeling. Fire has been used for thousands of years before its chemical and physical theoretical bases have been discovered
A- yeah, but you know what Dante wrote: ” fatti non foste a viver come bruti, ma per seguir virtuta e conoscienza”
G- all right, good luck and beware not to be roasted
A- you bet

A DRAMATICALLY WONDERFUL 2017 TO ALL OUR DEAR READERS !
Andrea Rossi

How Expensive is Fusion?

" The whole point of cold fusion is that it’s a low-energy controlled reaction, which is kind of the opposite of what you want in an explosive weapon. [24] It’s not nearly as flawed as the “cold fusion” work from decades ago, but still considered fringe science. [24] First off, to be clear, LENR or CNMS or whatever other name you give it, cold fusion is still entirely theoretical, and probably still not possible"

How 2017 will Accelerate and Deliver the New Innovation Era
http://innovationexcellence.com/blog/2016/12/23/how-2017-will-accelerate-and-deliver-the-new-innovation-era/

Culture is the Key Indicator of Innovation