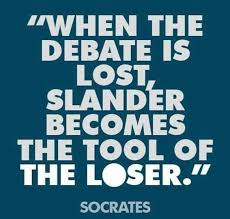 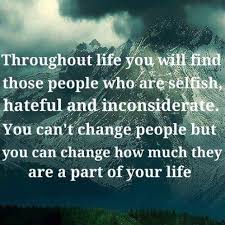 Nothing is more useless than a dispute with depression mongers, merchants of desperation, people paid or volunteering to kill Hope- see below.

Many threads at the fine LENR Forum are dominated by noisy packs of Rossi detractors/IH supporters who also try to create the standard vision and ideology of the entire LENR field.Actually I do not care much for them, I well know that discussing with Teflon brains is not possible- and all I want to do now is to warn the LENR community how pernicious the ideas of these - nomina odiosa!- individuals
are.
Just take one of their favorite memes- going well beyond the Rossi-Darden conflictL

LENR+ does not exist. It is a figment of Gluck's imagination. Ni-H cold fusion is no stronger or more reproducible Pd-D. It may not even exist.

That means total denial of Rossi's multiplicative excess heat but also of the Piantelli-Focardi NiH, of Parkhomov and many other replicators, of MFMP, Lugano experiment  denial of the role of high temperatures, of catalysis, surfcw dynmica of the vapor-phase systems with clean active surfaces via deep degassing, spell as nothing can be better than PdD- the situation is and will be hopeless technologically speaking.
It is very depressive to think that it is possible that such people will decide the future of LENR. Regress, FUD, VUCA, desperation- the field will stagnate, hibernate or die.
But I think LENR+ cannot be killed.

Successful cold fusion is heralded by a large, if not quite abnormal, increase in the anti-Stokes to Stokes (aS/S) ratio in coherent multi-wavelength optical reflection volume-enhanced electric-driven spectroscopy (CMORE-spectroscopy). This distinguishing phonon gain is not seen in the “off” state or the avalanche (undesirable) mode. It heralds seven acoustic phonons assisting nuclear reactions and a core peak calculated Stokes temperature of circa 1645 K. ⃝c 2016 ISCMNS. All rights reserved. ISSN 2227-3123
Keywords: Avalanche mode, CMORE spectroscopy, Excess heat mode, NANOR, Phonon gain

2) In Italian Andrea Rossi the E-Cat Quark X will initially be used in industrial plants
http://e-catalyzer.it/e-catalyzer/andrea-rossi-le-cat-quarkx-verra-inizialmente-usato-per-la-costruzione-di-impianti-industriali

Dr Andrea Rossi:
You explained that during the whole year of the 1 MW Ecat test you have been there in the plant from 6 P.M. to 10 A.M., so you spent there the entire nights for one year: an impressive dedication indeed.
God bless you,
Egon
Andrea Rossi
October 26, 2016 at 10:38 PM

Egon:
Yes, that’s what happened.
Thank you for your sustain,
Warm Regards,
A.R.
and

Dear Dr Andrea Rossi:
The report of the ERV dwarfs all the stupidities said by the corrupted surrogates of Cherokee-IH.
Every expert can understand that the water flowmeter has been put in correct position; you repeatedly said that it was at a lower level respect the source and the point of delivery to the plant, so that it intrinsecally had to be always full, independently from the entity of the flow; the external water reservoir is clearly used only to refill the internal water tank in case of leaks, as well as it is clear that the external reservoir was higher than the internal tank, so that a floating valve maintained a constant level in the internal tank, where water arrives by gravity to compensate the possible leaks. Clearly the external reservoir is not affected by the hydraulic pressure of the live water piping system and it is also logic that the water circulation is forced. As an expert of thermal facilities, I can see all this at a glance. This plant is genial also under the engineering point of view, not just under the scientific content.
The stupidity of IH, who lost your license to pack away 100 millions of their investors, is colossal.
You will win, for the sake of all of us.
May God bless you,
Roberto

Roberto:
I cannot comment issues that have to be discussed in Court.
Warm Regards
A.R.
4) Cold Fusion – The Salvage From The Energy Crisis?
Posted on October 27, 2016 by SkinPlasty.Com
http://skinplasty.com/2016/10/27/cold-fusion-the-salvage-from-the-energy-crisis-2/

5) A link for info and graphics for SSICCF20 thanks to David Nagel):
http://ssiccf-20.xmu.edu.cn/download.asp

Eric Kandel
Posted by Peter Gluck at 11:32 AM