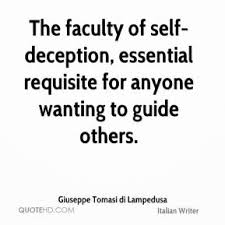 The nove I; Gattopardo (The leopard) by Giuseppe Tomasi di Lampedusa is one of my favorites, in my dream I was reading it again and therefore have I have chosen these quotes- they tell much, for LENR too.

a) OPEN QUESTION TO EDMUND STORMS

I have received now:
http://lenrexplained.com/2016/10/jcmns-vol-20-publishes-two-storms-papers/

Obviously, this was announced on my Blog as soon as it appeared a few days ago., however now I will ask you an essential question.
You repeatedly told that you are very discontented with the LENR community, too many researchers have original, unfounded ideas and are ignoring the basic known facts on which your theory is firmly based.
OK, still true in part- and consider the opposition of the LANR people, Swartz and Hagelstein- however my impression based on discussions is that actually your Theory is popular, accepted- you have many admirers and followers.
I am an admirer but not a follower just this is not relevant for what I am asking you now.
In my best years when I lead the research lab from OLTCHIM we have before starting any Project, "What will we get if this is a Total, 100% Success?"

Suppose everybody starts using your ideas, your Theory becomes the Standard, you are becoming the WWLENR Leader, get the task, power, funding and all the means necessary to organize the LENR research activity worldwide- can you describe the global scenario and make prediction for the development of the Field? Please eliminate modesty from the equation. Thank you for a constructive answer!

Thanks Peter. What you describe about my ideas being followed and sometimes accepted is reassuring but not always obvious.  Part of the problem results because LENR itself is not accepted. Nevertheless, the kind of people and attitudes in the LENR field are different from those I experienced when I worked at LANL and was involved with other fields of science.  Also, as is becoming apparent, many people who have a more conventional approach to the discussion of science are becoming interested but do not contribute on CMNS, which is the focus of my frustration.  As these people get involved and bring to bear the successful kind of interaction other fields of science experience, the field will move ahead more rapidly.  I think what we are seeing is an exhaustion of patience with the failed ideas based on imagination and quantum physics.  Clearly, a different approach is required.  Finally, people have nothing to lose by taking my approach.  So, maybe I only need to be patient, which is not one of my natural quantities.

I have been thinking over the material I read in Krivit's book and at 1st thought I could do an easy review of it but am now wondering just what the book really tells me and what I can retell from it.
In the broader sense, it is the book of a person (Krivit) who has built up a lot of knowledge of CF, LENR & LENR+ and has come to understand the areas of major interest and critical contention (especially the apparent incorrect assumptions of D + D => fusion event).  Krivit has always impressed me as one of the sharpest minds in the CF/LENRs field and a tenacious researcher who was and is intent on getting to a 'truth' even at the expense of personal relationships with those he deals with along the way.
The book delves into the personalities, actions and convictions of the major players of the era (particularly from Pons & Fleischmann  on)  in a warts and all fashion which in some ways comes across as unfortunate as there is a constant critical air that permeates the writing.
Few people written about get much praise as there is quite a bit of criticism for many of the most famous participants. There aren't many heros. In fact, some reputations appear to be' trashed' by claims made in the book. I have chosen not to name anyone who gets criticised as an interested reader can find out for themselves.
The praise in this book mostly goes to Widom and Larsen (notably Larsen). The book paints a strong picture of their LENRS theory being the only salvation of the field in that the W & L theory is said to have been accepted by even the greatest critics of the whole Cold Fusion argument (including Robert L Park and others). However these former critics are said to have only relented when they accepted W & L's case for neutron capture vs a Fusion event.
One should end the book with a strong conviction that LENR & LENR+ are proven and real phenomena but that strong doubts still exist as to current levels of scalability of the effect. However, there is also a strong emphasis on great progress finally starting to be made even if Andrea Rossi's eCat claims take a hammering under the Krivit blowtorch of investigation and detailed analysis.
In retrospect, this book is a valuable and informative read but I will say that the book by Brett Holverstott about Randall MIlls & the Hydrino discovery, was such a pleasure to read that any subsequent book about new science read by my myself (such as Krivit's book), had a very very hard act to follow.
I will probably buy the next book in the set. I do see great value in Steven Krivit's expertise and knowledge of the subject.

https://www.sciencedaily.com/releases/2016/10/161020102540.htm
Date:October 20, 2016
Source:University of Oxford
Summary:
Hydrogen is often described as the fuel of the future, particularly when applied to hydrogen-powered fuel cell vehicles. One of the main obstacles facing this technology -- a potential solution to future sustainable transport -- has been the lack of a lightweight, safe on-board hydrogen storage material. A major new discovery has shown that hydrocarbon wax rapidly releases large amounts of hydrogen when activated with catalysts and microwaves.
LENR IN CONTEXT-2
Designing the future Internet
https://www.sciencedaily.com/releases/2016/10/161020115310.htm
Date:October 20, 2016

Source:Rutgers University
Summary:
This century, our world will be flooded with hundreds of billions of smartphones, gadgets, sensors and other smart objects connected to the internet. New research is at the forefront of efforts to redesign the internet to handle the enormous increase in traffic.Wow Explanation of What Happens When You Experience a Wow Moment